Just starting to explore Easel a little more.
I have a drawing that I have scanned in a JPG. Using Inkscape to convert to SVG. Everytime I try and convert it I get “We Can’t import this SVG”

The drawing is just a scanned in copy of a tracing of a part.

What am I doing wrong in Easel or Inkscape that is preventing this from converting??

If you have not changed it you should be able to just download the jpg.

Try using image trace in Easel. It should open it.

Opening an image and putting it inside of an SVG file does not actually convert the image at all. You need to either trace it (by hand), or use an application that has an image tracing feature.

I use an on-line image converting application and I’m happy with the results most of the time. Then you can import the resulting SVG in Easel, Inkscape or some other program.

You can import a JPG into Easel without having to convert it to SVG by using the “Image Trace” option here: 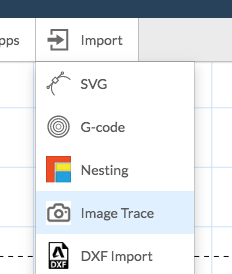 I have tried that. But I still get the error.

Hopefully I attached the file correctly.

This is what I am trying to convert. I get the error every time.

Open the SVG in a text editor and remove the offending text. That’s the problem with most ‘import to Easel’ issues.

I saved your JPG, imported into Easel using ‘trace’ function without any issues. Ran the threshold up to 88 and smoothing to 1. 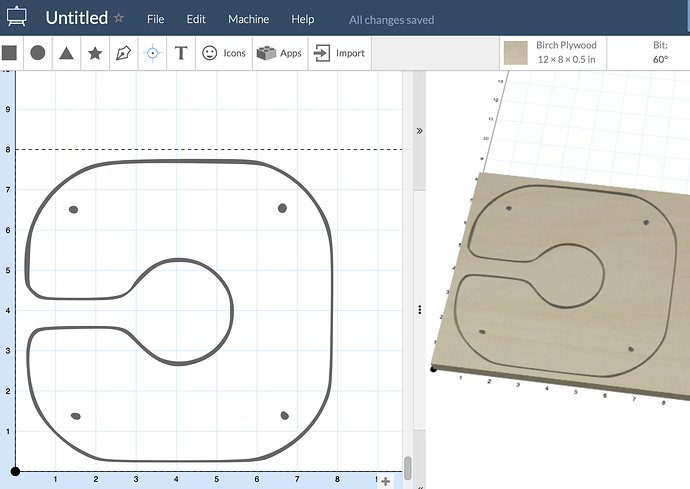 Now, the next issue, and it is because I am not familiar with Easel yet, How do I keep the 4 holes in the correct spots on the piece? When I imported it, it was much smaller than the actual drawing that I scanned. Is there a way to select all the items and make them all bigger in the same proportion?
Also, I am using the “Inch” Scale. Is there a way to have that scale broken down into smaller inches dimentions?

There’s no way to select all four and have them ‘stay’ where they are and increase their size. They’re also slightly irregular and not perfectly round due to the tracing that’s imperfect. You can also see the irregularity of the wall thickness due to the tracing as well.

You can switch to MM scaling, but you can get smaller increments using the IN scale since it allows adjustments to .001" vs using MM that only allows .01mm.

I have just discovered the Tutorials on how to use Easel. I will be going through those in the next few days. Thanks for the help and guidance. I did figure out how to select all the elements and the enlarge them.
In a earlier post you said you “remove the offending text” in the SVG file.
What was the offending text?

try this
https://convertio.co/
Its a free on line converter called Convertio

If you just want to carve the dust shoe, I posted this a while ago - 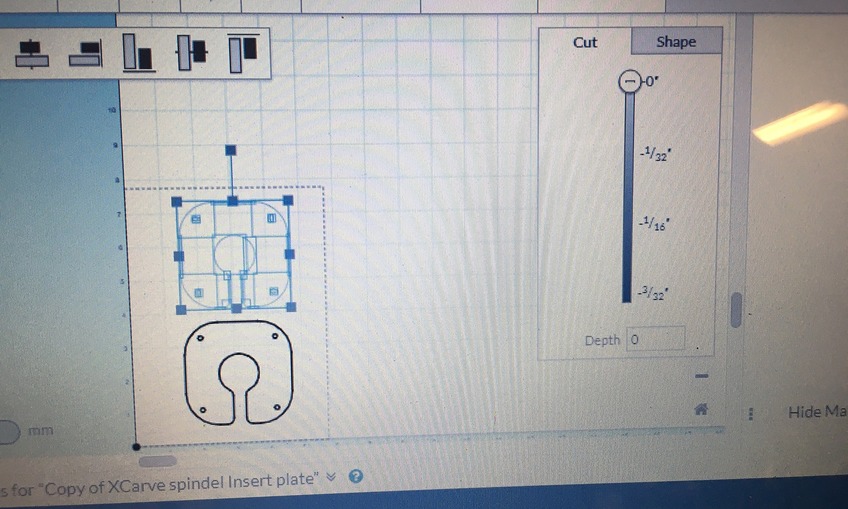 Make your own dust shoe insert plate. I made these from some 3/32 thick plexi from my local hardware store. I used a 1/16 upcut bit and increased the feed rate to 50in/min. Easy-peasy

Exactly what I was looking for and trying to do.

I had the same problem with SVG import. Try to use something like online converting jpg to svg. Later, I had no problems with conversion with Inkscape, I’m not sure if update fixed it or did I did some kind of change on my SVG files.