My X-carve generally succeeds at carves now. But I’m still having a problem with the speed of the cuts and I just don’t know why.

For example: Today I was carving a simple sign created in V-Carve Pro. The toolpaths were saved from V-Carve, imported as gcode into Easel and sent to the X-Carve. My feed rate was set at 40 inches per minute with a 0.05 inch depth of cut per pass cutting to a total depth of 0.25 inches in five passes. Now the machine seems to cut at around the 40 ipm when it is cutting straight lines. But when it cuts the curves around the lettering it cuts at no more than maybe 5 inches per minute. When it’s doing such cutting the motion is very slow and jerky’ like it is stopping to “think” or perform calculations every 1/8" or so. The result is cut times that take several hours when (according to V-Carve) they should be finishing in less than an hour.

The computer used to run Easel is an old laptop running Windows 7. The connection to the Internet is via a wireless connection to my home LAN. The computer is used exclusively with my X-Carve and there are no other apps on it except the browser (Firefox) and the Arduino IDE.

Any and all suggestions for what might be causing the slow cuts would be appreciated.

Already completed the process of setting the currents to the steppers a couple of weeks ago. Pretty confident I have the settings right. Do you mean to suggest the current might still be set too high and causing thermal trips? If it were, why does it happen only when the machine is cutting curves?

When you encountered the problem, were the current settings too high or too low?

I have the NEMA 23 motors set to approximately 1.9 volts. Seems like that should be high enough. Maybe I’ve got a flaky motor?

Well, my machine seems to do this no matter what file I’m trying to cut. But, that said, here’s the file I’m cutting right now.

okay I just updated it what a pain in the arse!! 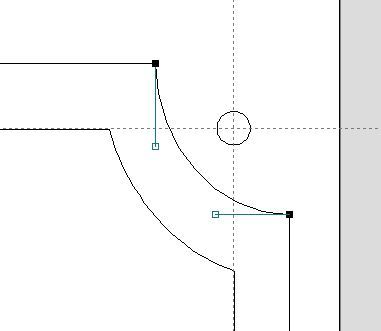 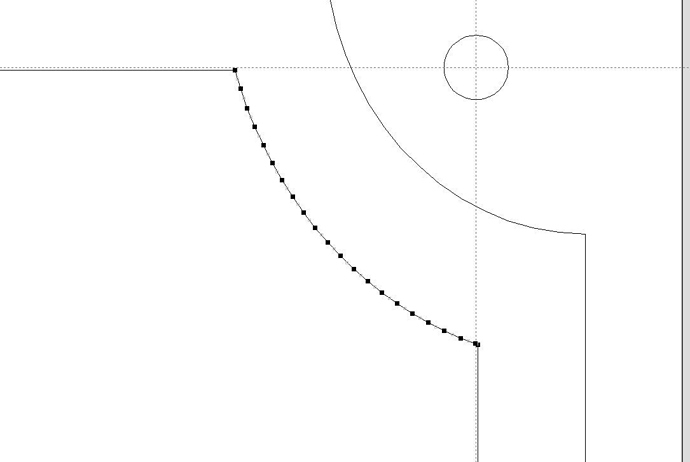 you see the difference in the amount of nodes on the corners ?

\also checkout my video on the toolpath tolerance setting

Can’t get the video to play through. But I got enough to show me how to change the toolpath tolerances. Set them all to 0.005. So I’ll try them on my next cut.

Wondering how you got VCarve to show the magnified node detail? Those corner curves were cutting fast enough but the curves around the lettering were what was super-slow. I’d like to take a look at the nodes on those.

Hmmm. Text won’t show nodes. Says I have to convert to curves. So I guess I can’t see the nodes of the text. Hope the change in the tolerance settings affects text.

Wondering if it will cut faster as text or as curves? Converting the text to curves it shows a LOT of nodes.

I would just leave it as is you should not have any problems with the text is the machine acting funny when trying to carve the text?

The machine does not seem to be faster after changing the tolerance settings for this cut.

so it still slows down on the corners only?

and its not ramping on the corners?

what is your feedrate and plunge rate?
never mind that is only on the holes but on the holes I would plunge a little faster than 9ipm to keep from burning the hole

Still slows down on the curves of the text. It is set to ramp but whether it is doing that is hard to tell when it moves so slow. Feed rate is 40 inches oer minute. Plunge rate is 15 inches per minute. I have noticed some burn marks on holes.

As far as how I’m measuring the speed, it is just an estimate based on close observation. But this cut has been running for over 5 hours now and is only at 52%.

It’s set to a .5 inch ramp using a fine 0.0625 spiral bit for the detail cut. The pocket cut I tried earlier used a 0.25 inch straight bit. Both cuts were extremely slow although this detail cut is slower by far.