Hey everyone, Being new to Easel and the X-carve I would like to see if an issue I am having is user error and something that I am simply overlooking or a actual workflow problem when it comes to Easel. I am starting with a fairly simply open box design that I put together in NanoCad (free autocad clone) I saved the file that was created as a .DXF file and then opened in QCad/Cam which has a SVG export function. I am able to import the SVG file into Easel but the offset path wont change from cutting on the line to cut on the outside. I am getting a error that states "Cannot offset open paths if you’ve imported an SVG check for open paths and join them before importing:. I checked my CAD drawing multiple times and my polylines are joined /closed. I opened the DXF file on my work computer that I run AutoCAD LT on and viewed the SVG through another viewer. Qcad/cam has a function to simulate and everything appears to be fine when going through the process.

Has anyone else run into this? I saw the app that Paul created for a offset function and was curious if this was what has to be used to get around this or if I may just be doing something wrong.

Thanks in advance for the help! 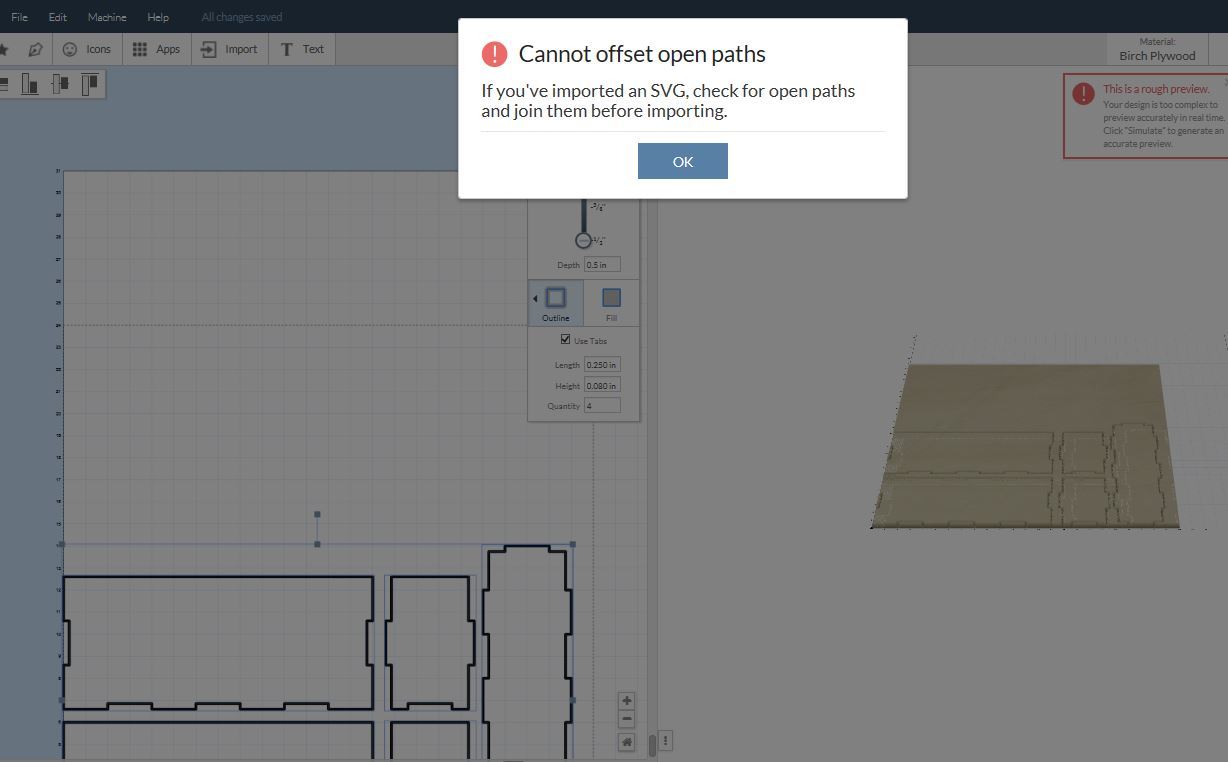 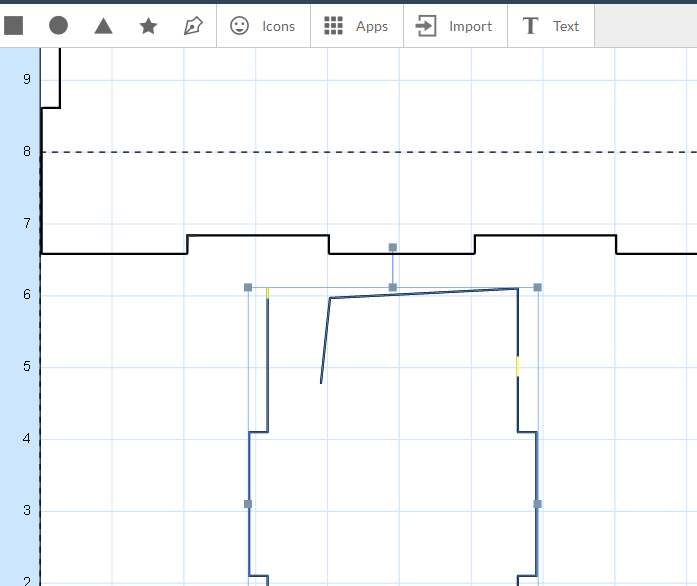 Glenn, I actually just read another thread where you were helping out with a similar situation just before seeing your response here. I found the link to your youtube video and was able to correct the drawing, open in inkscape, go through the steps you stated, and it now works correctly in Easel.

Great tutorial you did and a huge help!