So I’m still learning a lot between both Easel & Adobe photoshop but have hit a wall and needed some help. It seems that when attempting to set the cut path to cut outside the line the bit still wants to cut into the design. Not sure what’s going on here. Maybe a design thing?

(What it looks like before setting to “Outside Cut Depth”) 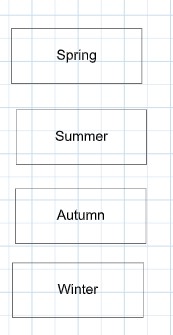 (What it looks like after setting to “Outside Cut Depth”) 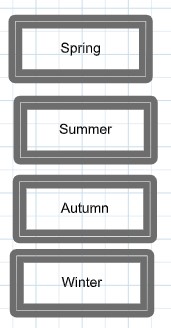 Thanks for any help!

If you are trying to cut them out you need to put the borders on a second workpiece and remove the V-bit from that work piece. and set them to cut on the “outside”. But on your import it is showing a double line. Not sure what you are trying to accomplish.

If you are trying to engrave the borders to be a line around the text then reduce your cut depth of the borders to thin them up to a width you like. The V bit will drive the width based on your depth of cut

Can you share the .ai file as well? In addition to what @SteveMoloney mentioned (turning the v-carve off) the vector file isn’t coming as a single line but as a shape. Basically, you get a line on either side of the actual line you want cut. That’s a quick change in Illustrator though in how you export. 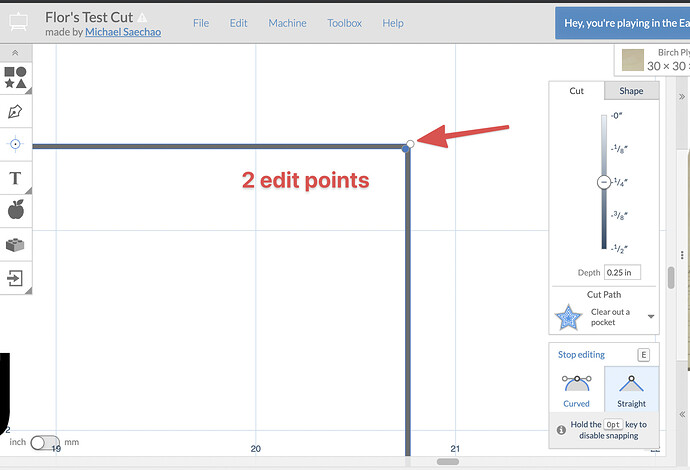 To add to what Steve already said. The “lines” that make your rectangles are actually more like the space between to rectangles of different sizes. That’s what @SteveMoloney means by a “double line”.
Think of a thick line drawn with a chisel-tip marker. If you were to trace the line (as Easel does) with an infinitely thin pen, you would end up with a rectangle.
When you are carving a pocket, you are filling the tiny space between those two lines. When you cut “outside”, you will cut on the outside of the outer line and the inside of the inner line, leaving yourself a cutout of the rectangular border.
Are you using Illustrator to make the design?

Right. Understood there. The borders and other shapers are to be cut out while the lettering/type are to be just engraved. Now that I’m understanding the root cause I think I have a better understanding of the method to solve. Thanks for the help @SteveMoloney.

Oh interesting. Got it. Here’s the export.

Definitely would be interested in how I should go about exporting. from what I’ve seen in other thread many go through a number of processes to achieve this.

Got it. That makes sense. Yes, I’m using illustrator for the design.

Can you share the AI file?
You just want those borders to be vector paths.

Got it. Here you go. And yes, borders just need to be vector paths.

That’s the same SVG (not the .ai file) Here’s another version, fixed with Inkscape.

woops. Not sure if the link to my adobe creative cloud file would work but here’s the link.

The SVG I posted above should work. I just removed the inner path around each of those cuts. It should do what you want in Easel.

@MichaelSaechao this was what I was seeing inside of Illustrator for whenever you making something in the future:

Sweet. Thanks Brandon. Wasn’t expecting all that but it was super helpful. I did end up going back in to fix the project simply just from double click but I’m glad to see that there’s a workaround to solve for this issue within Illustrator itself.

Thanks everyone for the input!