I just got this email for the challenge but evidently it requires the use of Easel, which I never even bothered with as an early X-Carve user; I adopted the use of V-Carve from the beginning.

I invited two of my out-of-town buddies to join me for a weekend of woodworking fun, and we built six (6) of these things: 3 based in Teak and 3 in Katalox. The pictures are the prototypes. These were based on Scotty Lewis’ “Coolest Cutting Board Ever” YouTube video and the only process that we changed was to allow the X-Carve to cut the 1/4" grooves for the curves, rather than using the templates found in his work. Otherwise, we followed his workflow. The main trick that we learned along the way is that you have to replace exactly (i.e., to thousandths’ of the inch) the wide of what you remove from the piece with the inlays. The only issues in the prototypes were alignment where you can see the issues in these pictures. Perfected versions were absolutely flawless.

We gifted the perfected examples to a couple of friends, and charity auctions. Every response was that knives would never touch the surface of these pieces…not that we solicited this type of feedback.

Looking forward to seeing the results of this competition! 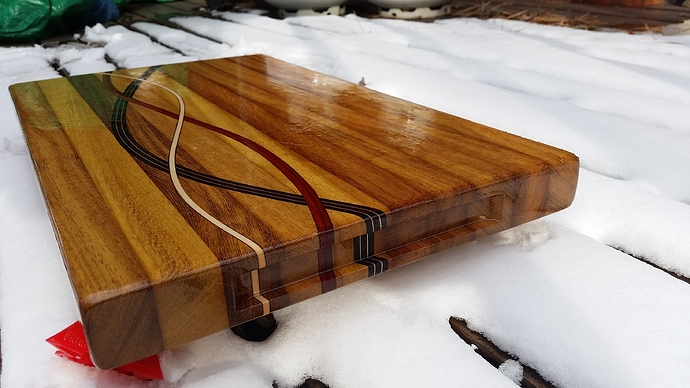 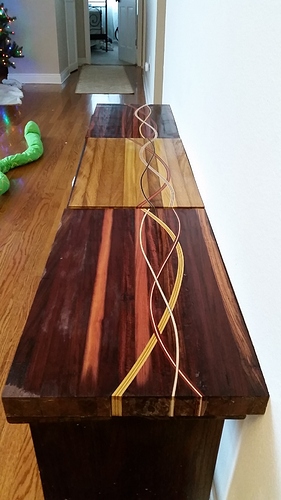 “I have enough clamps” said no woodworker ever!

Thanks y’all. It was a fun project. Here’s a picture of the glueups. The one in the forefront was the first part of the process to get the two large pieces aligned properly. You can see a finished glueup in the background. 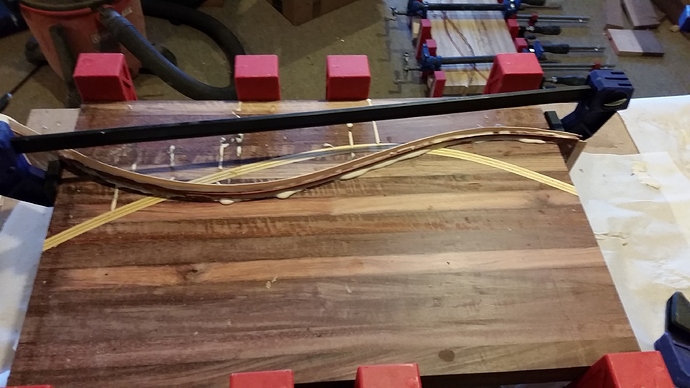