Cutting deeper on the left than the right

So far besides this issue the machine has been working great. But as you can see in the pictures the machine is cutting deeper on the left side than the right. I checked that everything is square and the only thing slightly off was the router z axis by only a sliver. Could that be causing the issue? Any help is appreciated. I had carved in mdf prior but it was not noticeable until I cut aluminum. 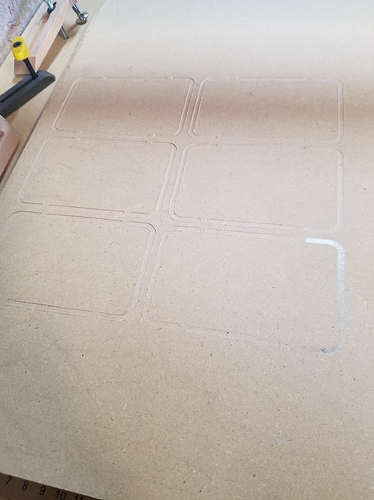 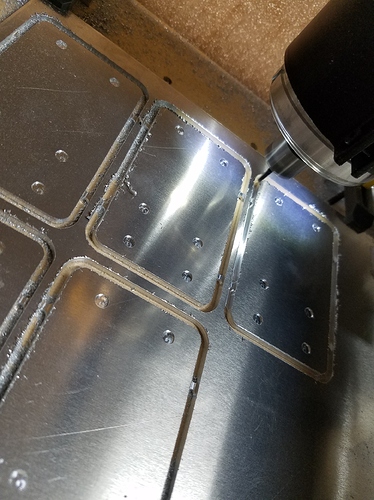 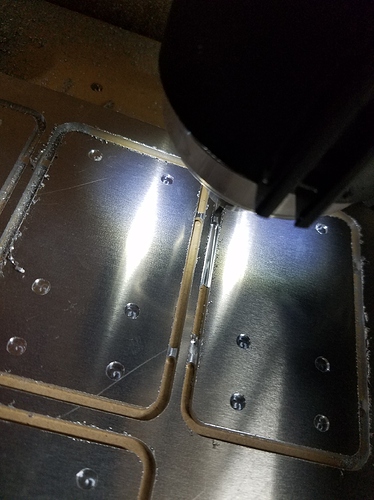 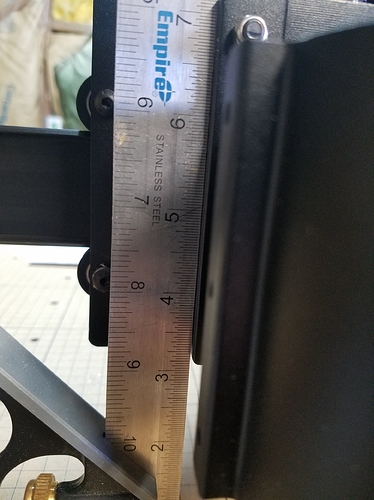 Are your Y rails parallel to each other?

via tape measure the front and back are of equal distance on the y rails.

If The Z out of square was the only issue then the problem your having would only be within the actual slot itself and should not make a difference on cuts located elsewhere within the work envelope, all cuts would be the same just not perpendicular to the spoilboard. My assumption would be the spoilboard is not completely parallel to the Gantry. Have you surfaced your spoilboard yet? Once a spoilboard has been properly surfaced, its plane should be completely parallel with the Gantry.

Thats what I was kind of thinking but as i’m using the inventables spoil board I wont surface it but I am making an additional for thinner materials. Currently shopping for a proper surfacing bit. I took a level to the spoil board and the gantry and both seem level with each other and no real noticeable gaps in the spoilboard to think it wasn’t flat.

You know what you got me there using my calipers the left is .03 lower than the right. Now I have to remember how to adjust that, then again that could just be the spoil board itself for all i know.

You can always securely attach a piece of MDF to the stock spoilboard. Next surface this new MDF topboard. (Make sure to attach the MDF in a fashion that the cutterhead will not come into contact with metal Hardware) This new piece of MDF now becomes your new spoilboard and once it has been surfaced then it should be parallel to the Gantry. Now attach your workpiece to the new surfaced spoilboard. Re-Zero the machine and run the program again.
This should solve your issue if the spoilboard not being parallel is your issue.

That’s kind of what I’ve been doing just didn’t surface it. I need to find a good surfacing bit any recommendations?

I’m considering one of the replaceable carbide insert spoilboard bits made by Amana. Not cheap by any means.

Expensive? Yes, but the cutting inserts are replaceable so over time, it should pay for itself.