Cut at perhaps 1500mm/min and 1mm depth per cut, and after completion run the carve once more at same speed but at full depth. This clean up the trace pretty nicely.

Other than that, just experiment. What work for me may not work well for you

I have tried it

I cut my first record today, am I a star? Projects

I had this idea even before I got my machine, I wanted to cut musical notes out of old albums. I headed over to goodwill and picked five albums for $5 and gave it a shot. [image] I melted/blew up the first two until I got a good cut. I still need to work on the setting a bit Dewalt set to 6 200 IPM .015 DOC 11 degree bit 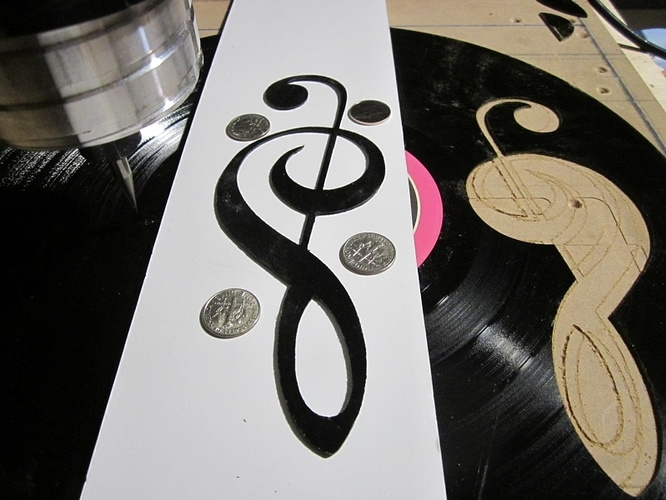 So if I wanted something like this. Prob best to use v bit for faces and flat but for Beatles text?

I did this basic one with 1/8 downcut 2 flute and ABS setting in materiel, tried upcut 1st and it vibrated like mad, cover the whole back with double sided tape or the painters tape and glue solution. 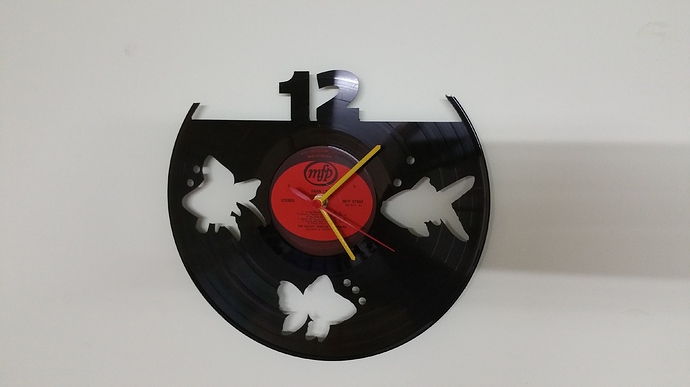