Cutting way too deep - when it didn't before

I am having a problem with my carve going too deep (and too far into my spoilboard - by about 1/8" or so. Here’s what I’ve got going on:

The model was created in Fusion 360, using Easel post-processor and sending with Easel. The material size is correct, and I use my calipers on my material each time to make sure I don’t have a wonky batch of 1x’s that are thinner or thicker than normal.

I use @CharleyThomas ’ Triquetra for zeroing my bit using Universal G-Code sender. Then when I go to Easel and load up my file, I don’t re-home but use the last position.

I have upgraded to the linear z-axis (thanks to @PhilJohnson and @JkWestphal) and I’ve recalibrated my X, Y, and Z down to fractional millimeter precision. I set them in Universal G-Code Sender.

I HAVE carved with this very same model, the same way, through Easel to send and come up with great parts and have had no problems. And I’m pretty certain that it was after I installed the new Z-axis.

The only thing that I could think about was if the “Raise the bit before starting” part in Easel isn’t raising the bit to the correct height before starting? It’s staying about the wood until it gets to its starting point, but then the whole carve is just too deep. It does sound like the initial pass is pretty aggressive. What setting tells the machine how high to lift the bit prior to starting a carve in Easel? The carve heights are consistent all the way through, just everything is deeper than it should be.

I just put on a new spoilboard, too, and now that beautiful, pristine surface is no longer! (Not that it would have lasted long, but still!)

I haven’t checked to see if there were any updates / changes to either the Easel post-processor file for Fusion or if there’s a newer version of Easel I should be running, but I’m not even sure if those are things that could cause this error.

One cause of this type of behavior is a loose or missing set screw on the Z-Axis pulley.

Yep. Mine’s 96.134 I used my Triquetra block of aluminum to double check the steps since I know the size of that from my calipers.

I know that the set screws can be a problem. Replaced them with 10mm socket heads on the X & Y and Loctite-d them.

Son of a *****. There WAS a set screw missing on my linear Z axis. There are two, one at the top nearest the motor, and one at the bottom nearest the aluminum drive shaft. It was the top one that was missing. I Loctite-d them BOTH in place and will give them time to set up.

Could that one little set screw been the cause of my problems? If so, yeah and ugh at the same time?!

What does tell the machine how far to lift the bit before starting a carve? Now I’m curious.

I’ll try a new carve tomorrow and see what I get.

I’m not 100% on this but it could be that the setting you entered for the Z axis travel with Universal G-code sender are not being read by Easel. Try making a small pocketing program and running it in UGS and see if the bit is still going too deep.

Also have you calibrated your touch plate? Just because you measure it with a set of calipers doesn’t mean that it is setting it properly. Zero you your machine with the touch plate and then jog your bit off of the corner so that it is over the material you zeroed to. Then jog your bit down to Z0 and see if it is correct. If not then you need to calibrate your touch plate. If you don’ t know how to do that let me know, I’ll help you wit it.

I would say that was the issue…it happens

I don’t think that’s the issue since I have had other successful carves since getting my Triquetra (which I LOVE, BTW, @CharleyThomas). But I did not calibrate my touch plate in the way that you are recommending, so I will also do that as well. I’ll definitely let you know if I need help!

I use a sharpened dowel and I lowered it to the surface of the spoilboard until I could no longer slip a piece of paper underneath. Then I raised the pointer the height of my aluminum block (caliper dimension) and worked my way by 0.25mm increments until I couldn’t get a piece of paper to pass underneath, either, then did the math and changed $102 in UGS. Afterwards, I returned the pointer to the spoilboard (no paper getting underneath) and raised it the height of the aluminum block and it was spot-on.

I don’t think there was anything wrong in that process, but let me know if there was.

I do have the shorter linear axis than you do, but that shouldn’t impact the calibration number.

Will do! One can always count on @PhilJohnson, even with the creepy bunny look.

Now the bunnies doing that huh? 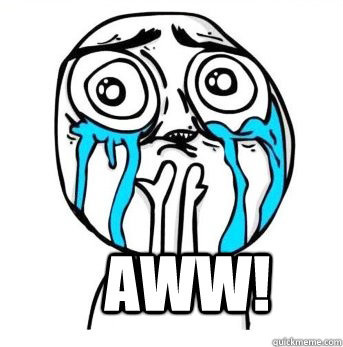 Creepy as he may be, he is correct. Detecting a discrepancy in a short distance can be done but you’ll never get the actual discrepancy unless you measure it over the longest distance you can. A .01 mm discrepancy will be difficult to detect when only moving 25 mm but if you move it 100 mm then it will show up much more because the discrepancy compounds itself over the greater distance. With all that, I doubt you are off enough to cause you to dig in to your waste board a full 1/8 inch though.

Just keep at it, you will get there. We all have been in similar situations.

Definitely not the wasteboard, because I have a separate 1/8" wasteboard over the pretty Inventables one and it sits nice and plumb.

Will try all of my tips from everyone tomorrow and see where it gets me.

Perhaps I had a bad experience with the easter bunny in my past that was so traumatic that I can’t remember it because she looks a little…scary, too. Or perhaps it’s just the teeny, tiny little picture which is hard to see, anyway. At first I thought you’d just gotten younger… Younger evil bunny.

1.) I DID find that one of those stupid set screws in my linear z-axis had come out. I loc-tited both of the set screws (even the one that had not come out) in place last night and let it sit overnight.

2.) I re-calibrated my Z-steps on my linear z-axis. It ended up at 94.371 which jived better to what Phil was saying.

4.) I did check just to make sure that my waste board cover sheets weren’t cupping at all, and they weren’t.

My guess is that it was the &^$%$ set screw. But getting even closer with the Z-calibration is never a bad thing.

Thanks again to all for your help, and a BIG thanks to @PhilJohnson for changing his profile pic to his un-bunnified and cute kids. We can all sleep better.

P.S. @AngusMcleod - that was one truly disturbing song. Thanks for sharing!

I use a 1/8 inch V-bit to calibrate with. It has a nice sharp point that is easy to read. You could use a endmill if you don’t have a v-bit and just read one side of it instead of trying to find the center. Perhaps not as accurate but if you can travel a long enough distance it will be darn close.

I was having the same issue of cutting into my waste board, now when I model my material in fusion I just take off 0.03 of the actual size, 1x becomes 0.072 and I have had great success with it.