Attempting to figure out an issue with my Z axis. i made two cuts that run down to the end of the Y axis. One on the phone x axis and one on the x axis. At the start of cut it plunged and cuts but it taped off into nothing as it moves along the Y axis. Any thoughts?

Apologies for confusion I’m terrible at explaining things. Let me know if clarification is needed. 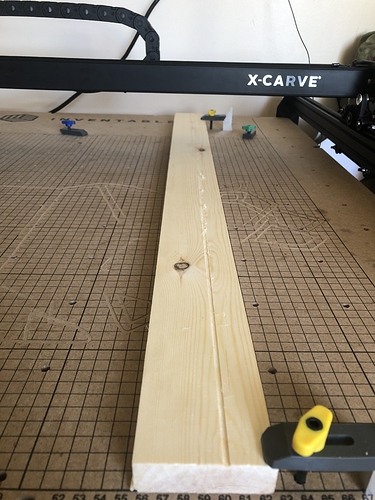 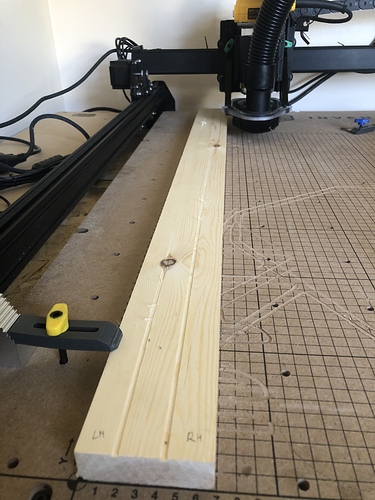 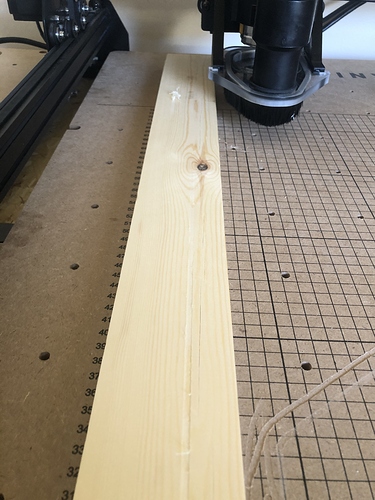 Used a probe
Using easel
Cut into the z axis 1.35mm on both cuts
The board is same thickness 21.1mm at length

Your wasteboard isnt 100% flat relative to your Z-height AND/OR the material is not uniform in thickness.

Shim the wasteboard as good as it gets, then add a thin 2nd layer if inclined and skim cut that - this will ensure the board surface is 100% parallell.

I checked the material thickness and it was relatively the same thickness.

For the shims would that be added under the wasteboard on top of the rail?

@HaldorLonningdal, I was able to narrow it in with the shims! I have another problem now with a diagonal cut. I probed in the middle of the project and it cut fine in the middle but on each opposite end it cut 2.5mm on one end and 3.6mm on the other. Any recommendations?

The center support brace / wasteboard will sag, if possible provide some support beneath it

Thanks! I didn’t think that would have much to do with it as the depth issue wasn’t in the middle. I’ll give it a go. I also adjusted the v wheels on the x/y axis as they were a little loose which helped as well.