Depth of cut different across surface

I have not used my xcarve for a while and started a project yesterday and ran into a problem. I zeroed the z axis on the bottom left corner. Project started to cut on the right. The “s” did not cut all the way through and each letter to the left cut shallower. I thought this may have been a waste board issue but that is level and I checked the z height to the left and the right. This was almost exactly the same. For the outline the bit started in the material on the right and moved out as it moved to the left. Since I zeroed on the left it doesn’t make 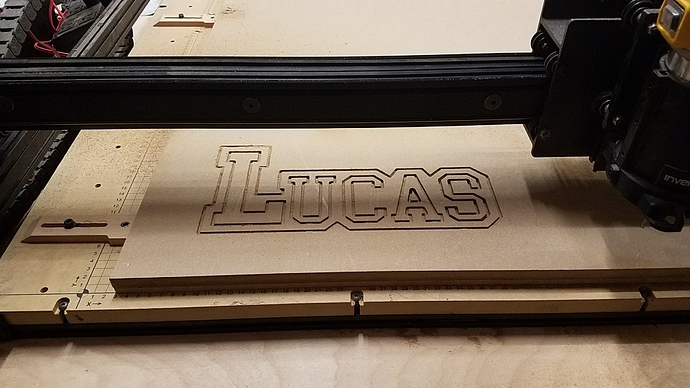 It was zeroed on the left and the cut started on the right. As the path moved right to left the cut became shallower until it was not even touching the board. The collet is tight.

I did set the thickness of the work a little more to insure it would cut through but it did not even cut the letters on the right all the way through.

I am trying to avoid skim cutting at this point. The board looks nice and it would not help for work pieces that are bigger than the cut area.

I am going to look more closly at the y rails tonight.

BTW Phil your input on this forum is awesome. I was reading through some of your info last night. I would like to make your version of the waste board and I was pricing aluminum this morning. Cheapest so far was $156. What type of aluminum did you use?

I did this on just the front in both corners and it was off by less than 0.01 or so. I am really baffeled about why there is no cut near where I zeroed the bit. If there was anywhere the depth should be accurate would be the left side and the right side would be higher or lower.

I agree with @RobertCanning, I had a loose z pulley that was making me bats#!t bonkers until i found it.

But lets not say

All manner of humorous things are likely here if you do…

Thanks for all your help. I spent a couple hours tweaking and got things within .05 mm. That should be good I would imagine. I adjusted the waste board and may have had my dip switches set wrong. I probably adjusted them when I got the xcontroller. I have the 23 motors with all motors wired separately. Can someone confirm they are correct? Thanks again. 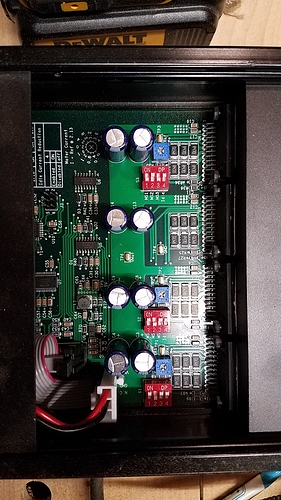 Now if I can just get that z probe to work…