Just finished cutting a rather large sign. It has some lettering on it that is pretty small. I rough cut it with a 1/4" bit. Then detailed it with a 1/8" bit but I think the lettering would turn out even better with a 1/16 bit. Can I just change my roughing pass size to a 1/8" and then use a 1/32 for another more fine detail pass?

I was thinking about trying this as well at some point, don’t know if it will work, but I wouldn’t see why not.

are you trying to use easel ?

and do you have pictures of the project so we can take a look at the problem?

Here is a pic of the bottom of my sign. The “performance horses” could be more detailed I think with a 1/16 bit. I am using easel indent preformatted text by 4 spaces 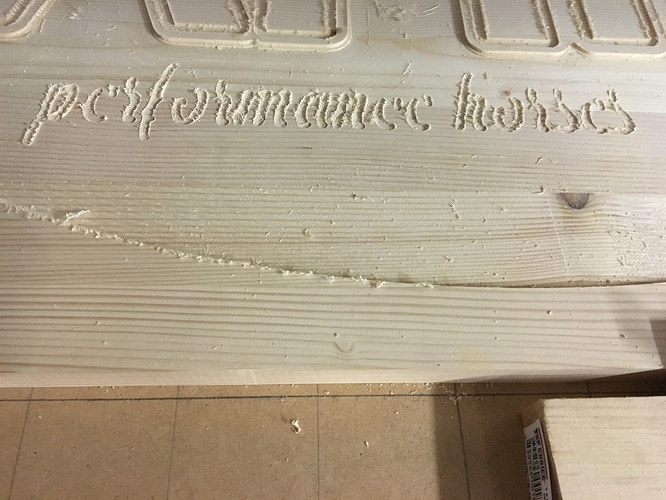 any chance i could take a look at the easel file really quick?

In my experience with 1/32 bits they are crazy fragile. If you breath on them wrong they will break.

For text I think your would get much better results with a tapered bit of some kind.
A V bit or an engraving bit would probably work well. Some time a while back someone posted some tips for some easel settings (bit with and depth of cut) to use with a vbit for good results.

For the fine detail use a tapered bit.
one of the ball end tapered will not break that easily and it will help with details.
As for telling the application to cut with a bit different than what is set in the software is not a good idea. You will get strange results as the smaller bit will not cut much more out as its riding in the path of the larger one.
What I would do is v-carve those smaller ones using F-carve or V-carve.
The V carving would let you get the details better.
I use V-carve and you can get it to cut to a specific depth and it creates a pocket depth so you can a nice detailed look. That is 2 passes with 2 different bits. For lettering like that 60° v bit and a 1/16 or 1/32 bit for the pocket depending on the areas where the Vbit would just take a long time to do. V-carve figures it out for you.

So, in the middle of the night it occurred to me that if I try a second detail cut with a smaller bit, the lettering will actually turn out smaller because it would cut more away. Being that this is a two sided sign, Im not sure anyone would notice but I came up with a new solution. I simply copied the original file so I would have one saved. Then deleted everything but the lettering I wanted to improve the cut. Then I set it up for a single pass (eliminating the detail cut) with a 1/16 bit. Came out perfect. Now the lettering is identical on both sides… Thanks for the ideas. 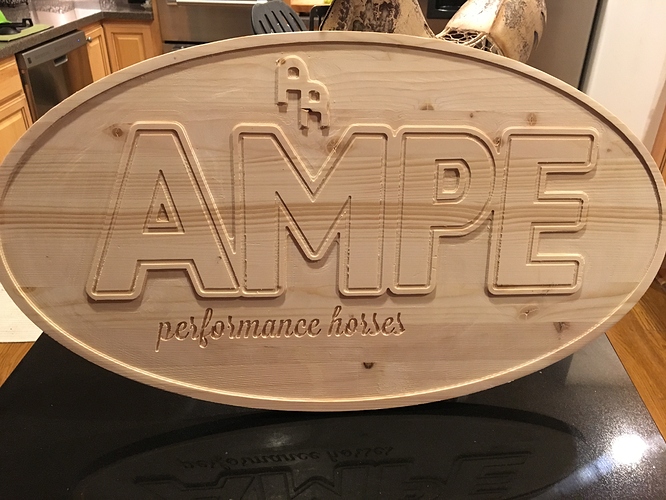 wait whats on the other side?

curious how deep is the performance horses lettering?

Hmm seems to me that you could cut the pocket down .075" and then go back and engrave the lettering down .040-.060" with a tool like this it will give you sharp fine detailed lettering with one mill 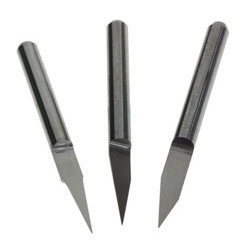 Thats how I make these 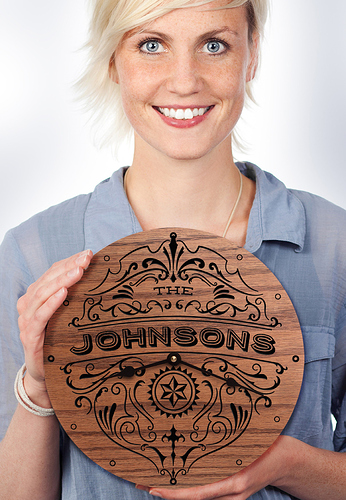 Cool! What kind of bit is that? I’m still pretty new to this stuff

its called and Engraving tool

I usually draw in Inkscape. I’m having surgery in a week and will be stuck in bed.’ My goal is to learn fusion 360 then