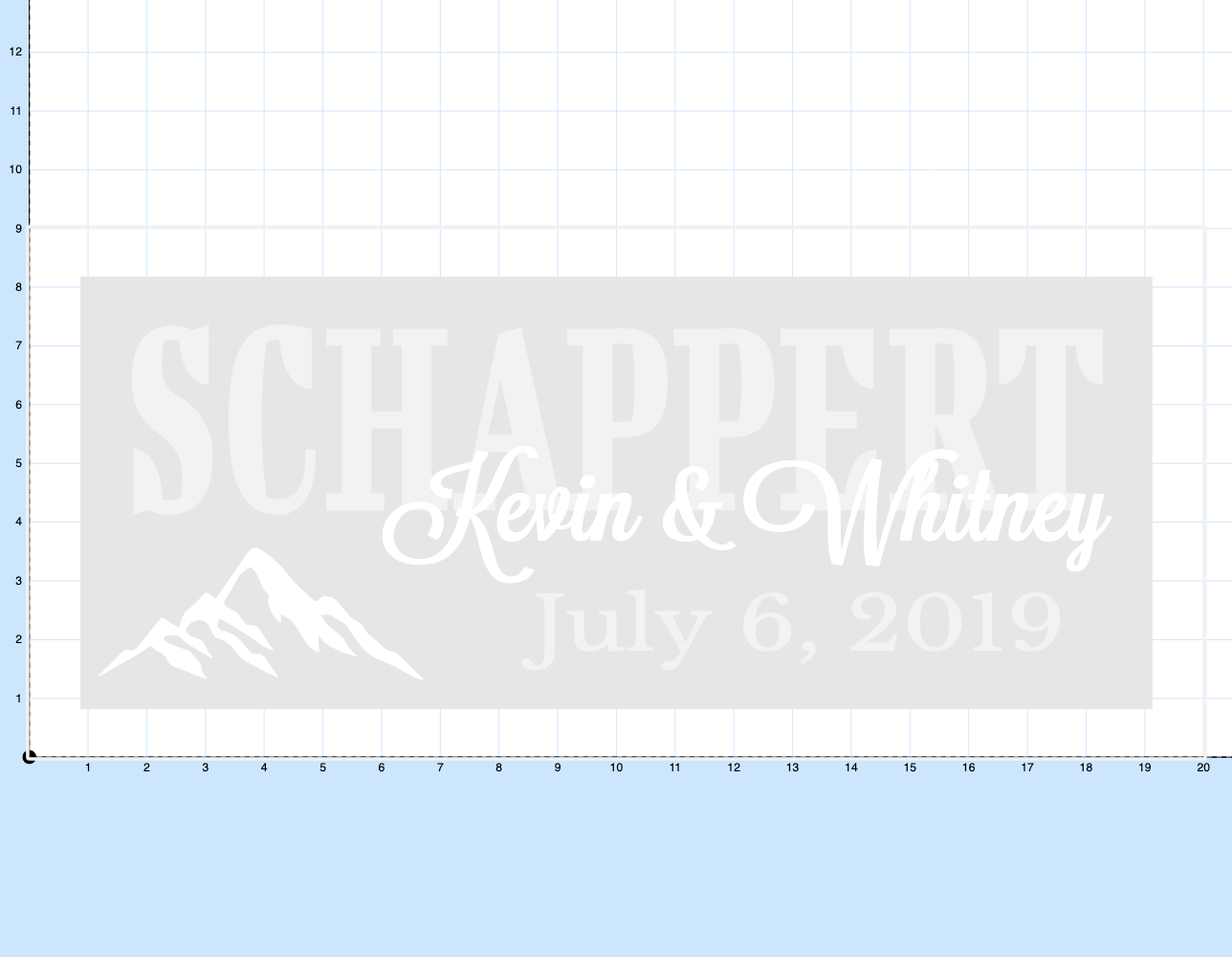 So I ran a 1/4 inch bit roughing pass and a 60 degree v bit for the detail pass. But the detail pass ran for 1.5 hours and for at least 30-45 min of it, it carved nothing. This is my first stacked lettering carve. The detail bit traced the lower letters without actually touching anything. Is this user error or a problem with easel? It ran probably two passes over top the of Last name before it lowered enough to actually be carving something. Any solutions to this?

After you changed bits, did you re-zero your z height? The tip of the second bit most likely won’t be at the same height as the tip of the roughing bit, so you are going to either be carving too deep (rare) or carving in air above your project (very common) if you don’t reset your z height.

No because it carves to the right final depth. The vbit will just hover over the lower letters as if it thinks the letters are still at zero height but the roughing bit had already carved the last name to its depth and shape. The Vbit it will eventually carve down to the right depth. I dont know if its the way im designing it but it wastes about 45 min carving at a height where no wood is

You need to zero the z-axis after every bit change.

No because it carves to the right final depth

Did the V-bit part of you design carve to the correct depth, is that what you meant?

I realized I typed No but more meant that’s not what’s happening. I do probe the new bit. It will eventually carve down to the right height. 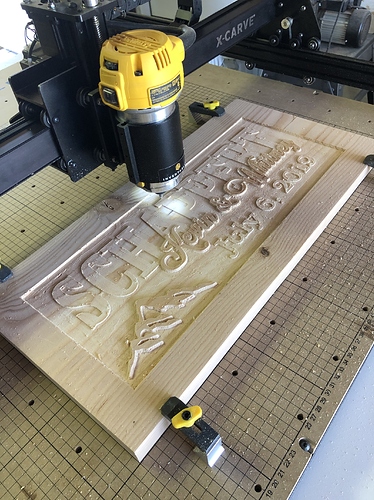 Did you design it in Easel? Can you share your project for us to look closer at this?

Should be shared but i tend to not do it properly. Ill try again

Yes the vbit did eventually carve to the proper depth but made several passed above letters that were at a lower height already done by the roughing pass. But did eventually edge them properly. Just wasted probably 30-45 min carving nothing

Not sure what the problem could be. It sounds like an issue with how Easel is processing the rest machining after the roughing pass. A quick and dirty option to speed it up for you until a real solution is found, is to boost up the speed while it’s hovering in the air. 200% = warp speed.

Looking at the gcode, it appears that Easel treats what would be travel moves as cutting moves when they occur below your Z0. I’d submit something to Inventables, so they can try to fix it.
EDIT: That’s not what it’s doing, but it is treating moves that I’m guessing should be travel moves as cutting moves. Moving at your cutting feedrate instead or travel will slow you down.
Just the detail pass (main slowdown areas marked):