I am cutting a series of steps that are less than the bit diameter (1/8). (created using super gradient app). The detailed view predicts it will cut as designed. 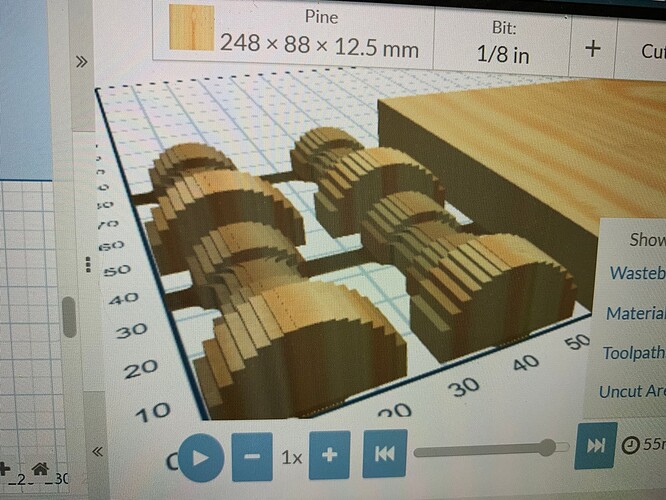 But the actual cut did not make the proper cuts on the lower steps. 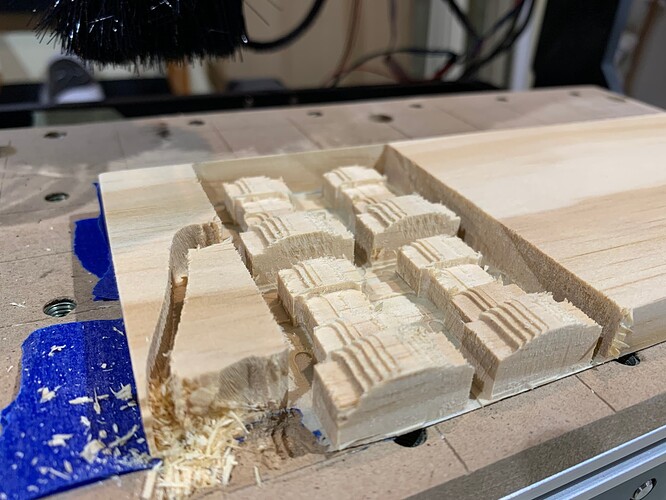 Is there a way to get a true prediction? Using a smaller bit also gives a the same detailed view…will it also cut incorrectly?

Can you go to project>share and change it to “unlisted” orherwise the file link only works for you sicne youre logged into thay account, the rest of us see this when clicking the link 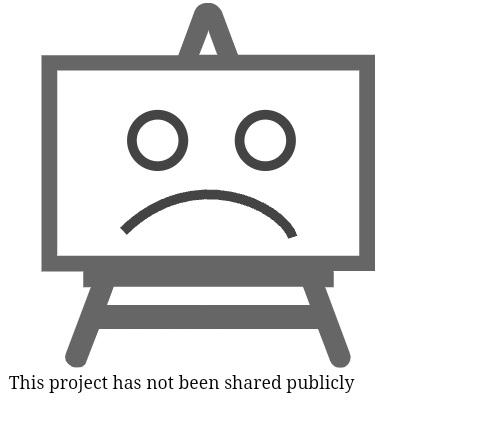 That said, see that rogue cut to the left? It looks like your machine caught on the other stock and lost steps. Failing to finish the actual carve.

You can also click the box on the right your photo “toolpaths” to see the actual toolpaths generated,… the toolpaths shown should properly represent where the cuts will occur

Reviewing the photos again, it looks like the bit entered in easel was not the same size used in the cnc possibly…
What size bit was used for this carve?

A couple more things to think about:

Thanks for your suggestions. The project is now public at Easel - Chess I hope that works.

The rogue cut was from a different carve. [Easel appears to be deleting my custom z-probe settings just about monthly and replacing with the Easel default. It is not noticible until I carve.]

Both actual cut and 3D view were done with 1/8" spiral upcut bit.

Still looking for an explanation.

Thanks for your suggestions. My project is now public. (sorry for the bad link)

Easel appears to be deleting my custom z-probe settings just about monthly and replacing with the Easel default. It is not noticible until I carve

Yeah this is a known issue, ive made reports b4…
I use openbuilds control as my gcode sender to resolve this issue on my end.

If the cache is cleared, or if yoh have multiple machine profiles saved and any other one (even if they were all setup with the custom thickness) is selected, and the computer will sometimes do this iteslf when it sees a different COM port number…
All these things and a few more will result in the probe thickness getting reaet to 14.99mm and the user will never know until the carve is ruined a few times… but seems like they dont care about this issue… IMO they might as well just remove he option alltogether instead of letting it be a known flaw…

The link works, but im out at the moment, ill take a look whe i get home…

I sort of have a work-around. I do a 2 stage carve with 1/8" rough cut, followed by a 60deg V…which leaves alot of artifacts, that I partially remove by doing an outline cut with the 1/8" bit. Not what I was hoping for, but I no longer trust the simulator. 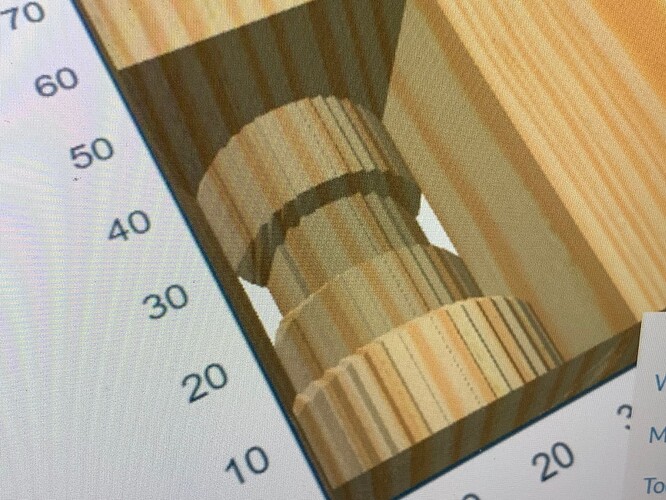 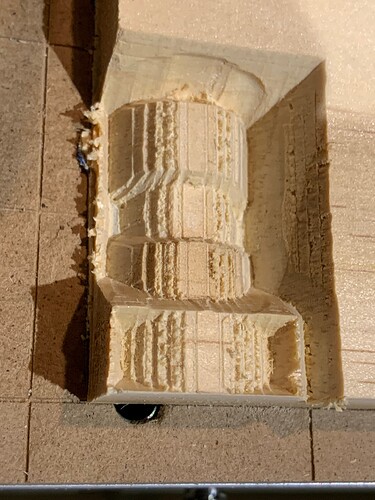 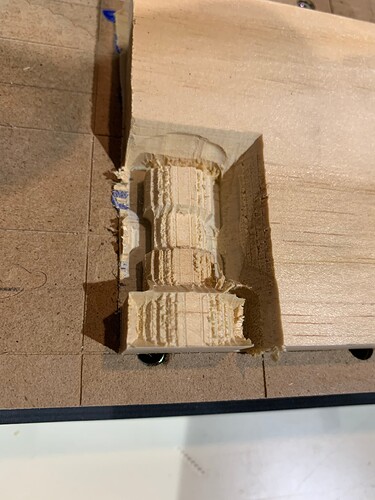 After a few minutes of rough sanding vs original carve using only 1/8" bit: 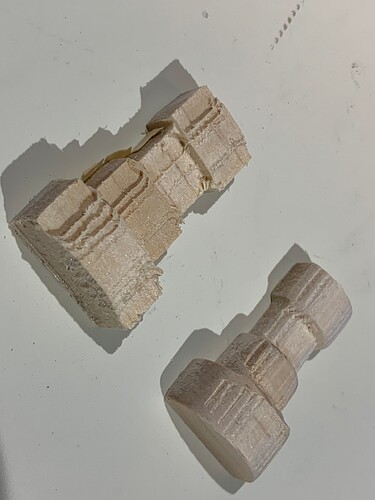