My machine is still a week out but I have been trying just about any software that had trial subs to check out. I mainly use TurboCad V12 for most of my designing but needed a program that would allow me to import my projects at the proper scale (easel did not).
I experimented with the inexpensive and free programs like Sketchup but it was just something else I needed to learn and VCarve Pro was just that much easier for me to work with.
I have also looked into UGS as well as Chillipeper to run the G-Code and even dabbled with Linux to try Linuxcnc.

@AntonioNunez what kinds of parts are you trying to make?

Zach,
I build R/C sailplanes and R/C boats from commercial plans as well as my own plans that I draw up in TurboCad. Most of the parts are relatively simple but cutting them by hand has been a real pain so I invested in the X-Carve to make my work easier and to also shorten the prototyping aspect of cutting, fitting, adjusting, etc.
I had originally planned on a laser cutter but the cost and upkeep was just too much to justify.
Here’s a picture of one of my planes, Hall Cherokee at 1/4 scale 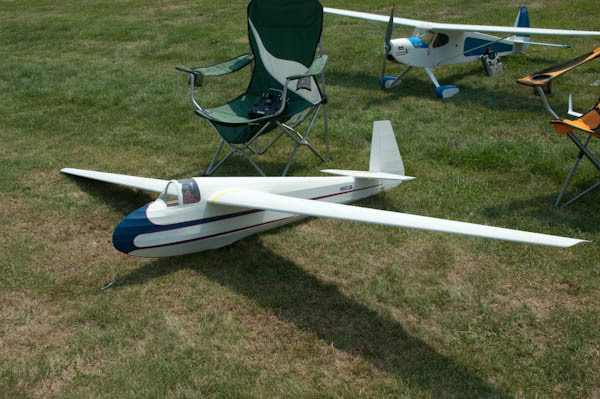 Woah! That’s amazing. Are those made of foam?

All wood! I’m not a fan of foam though I do make some parts from foam, heres a closeup of the canopy area that shows the internal structure 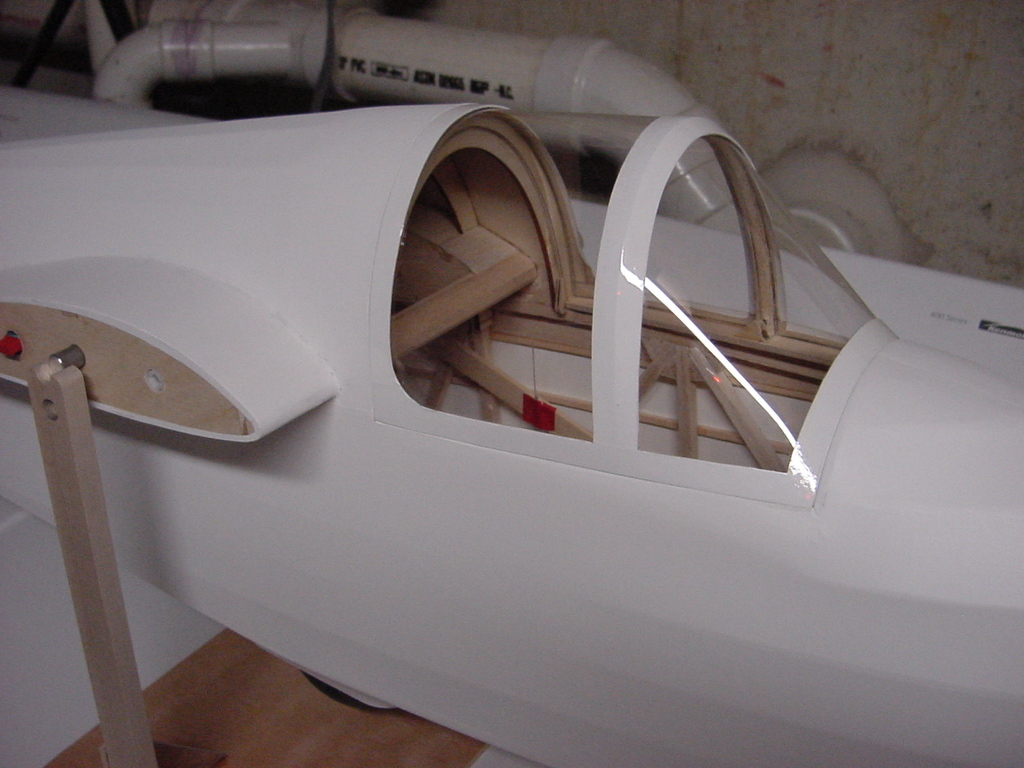 And “in the Bones” 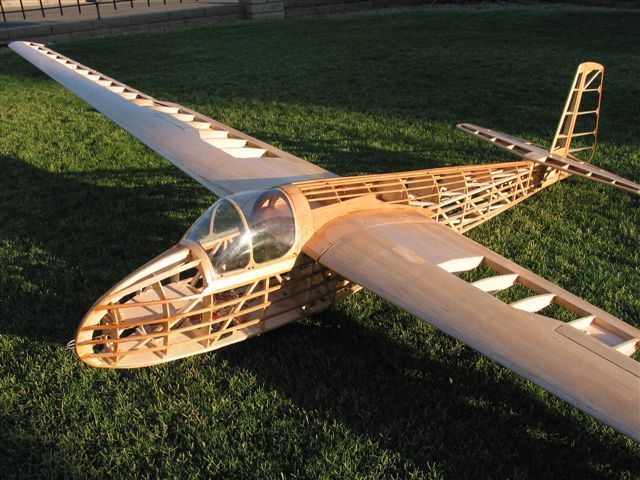 After 48 years of building and flying I have learned that a crash is just an excuse to build another one!

I didn’t notice your user name, Volpinprops, as I was scrolling through this thread, but when I saw the picture I immediately thought “Wow, that looks like the kind of work the guy from Volpin Props does!” and then I saw your user name…

And my first thought, of course, was “that canopy looks AWESOME to put a camera in!..”

I might be a bit hooked on FPV flight.

Some seriously awesome work there, man, that is a gorgeous model!

The STL import support is horrendous for this machine. I haven’t managed to get UGS to work and the offerings from The makers of VCarve still require you to buy two pieces of software from them to be able to try and use this machine to its potential.

At this point I have no interest in using easel. The hardware I love though, great job with that.

That would be next, I’ve got meshcam installed on trial, I’ll try it out with chillipeppr and see how things go. Pycam was useless, it would open random thingiverse files, but my STL files were a no go. I also tried STL files generated from different software isn’t kept receiving “no useful lines” errors.

FreeMILL seemed most promising until I went to save the file and it was a no go due to trial mode. I’m not going to buy something I can’t fully review and assure it will be worth the $

Burnt through half a day this am testing various software. Anything more complex than lettering and basic shapes or SVG drawings is a no go in easel. While it’s a nice get-going-quick solution, I’m not finding it to be productive for what I feel is a simple project.

I still haven’t found a good way to deal with STLs as far as programming goes, except compound-curved stuff. Things that can be raster-carved work very nicely in MeshCAM. Where all the software I have so far falls down, though, is when I want to do define toolpathing to an STL myself. For instance, tell it that I want it to do pocketing, then profiling on that Catan hex I posted. I ended up re-drawing that from an STL into V-Carve, just so I could define how I wanted it made. Both V-Carve and MeshCAM ended up trying to raster-carve it out, which was a disaster. I miss MasterCAM (which is what I learned to program on) but I certainly don’t want to pay THAT kind of price tag! Hmm, I wonder if Fusion360 can handle STL toolpathing… I’ll have to check!

EDIT: And apparently, the answer is “yes, a lot.” So, I think I need to start figuring out Fusion 360!

Hi Dan,
Have you looked at Vectric software, specifically VCarve or Cut3D?
Domenick

I have indeed, and I really like VCarve. I use it for all of my sign work, and I’ve used it a fair bit for simple 2.5 axis stuff. But it’s rather poorly suited for bringing a solid model in and machining it, once the model goes beyond something that can just be rastered out with a ball mill.

I’ve started using Fusion360 for both modeling and G-code generation for imported solid models, and it’s been working well overall. One really hosed-up crash that I can’t attribute to anything but some kind of bug in the “return to home” code it generated, or possibly in a tool change up, but generally very good luck.

Could you show me an example of what Fusion360 could handle that say the Vectric software couldn’t? Am I correct in understanding that F360 is a yearly paid license and Vetric is one time ourchased product? I am looking into additional software to buy. I know I have to decide what I want to carve first. I do a lot of 3D modeling in Solidworks but all of it til now has been for my Makerbot. Now that I have the X-Carve 1000mm and I am doing some mods, like DW611 add on and X-axis stiffining, I would like to make some fancy (custom) products for the pet industry. So examples of success vs failure with different software is welcome.
Thanks in advance.

For individual use, Fusion360 is free! You download the trial, then register for a “hobbyist or small business” license for it, for free.

I am only a very green Vectric user, I am sure I am not extracting a fraction of the full performance from the product, but this is an example here. The original design was created in SolidWorks, and exported as an STL for import into V-Carve. Unfortunately, you can’t designate machining operations in V-carve for 3d stuff. The only way it was able to try to carve this was by raster-based carving, which left a totally un-usable mess. I ended up having to re-draw it entirely as a 2.5D layout within V-Carve (which is painful, they don’t have constraints available for sketching!) before I could make it. Re-modeling the design in Fusion 360 took about a tenth of the time, but it can’t do the V-carving. I’m most likely going to end up running two programs for the final version (had to with V-carve anyway, one for the carving, one for the cutting), with one generated in V-carve, and the other in Fusion 360. 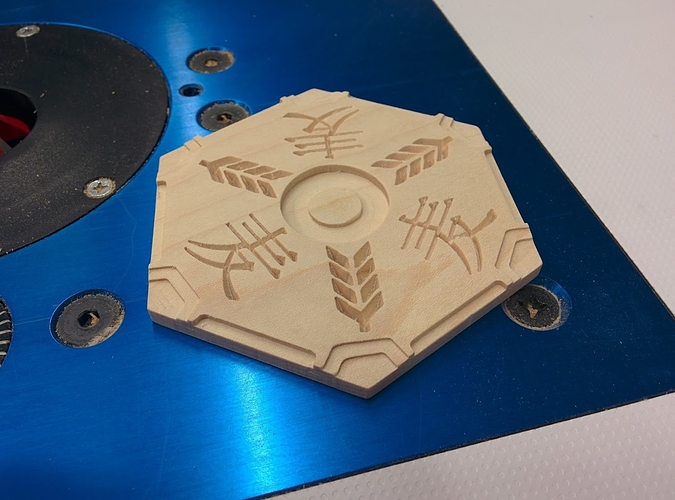 EDIT: Ok, that wasn’t very helpful as I go back and re-read it. To clarify a bit: The pocketing cuts and the outside profile need to be cut as “pockets” and “profile” cuts, respectively. Fusion 360 allows you to designate this, V-Carve does not. By being able to designate the KIND of cut you want to make, you have a program that is many times more powerful. For instance, draw a square on a piece of wood in your sketch. Now, do you want that square outlined? Cut into a pocket? Everything AROUND the square cut down? That’s where you need to be able to tell it what kind of cut to make, and V-carve does not have that option. However, it is superb for lettering and graphics engraving, I’ve found nothing else even CLOSE!

That is helpful thanks.

Dan, those tiles are very nice, are you willing to share the SoC Tile CRV file? If not I understand.

Anything I see on that board can easily created on VCarve pro. Al it takes create multiple layers for each pocket depth. When creating/drawing finish, mekes one toolpath for every layers. Sounds simple to me.