Got a good start on making some new shop cabinets today. This was my first attempt at using the XC to cut joints in pre-dimensioned wood. Looks to be working out so far. I’ve learned a couple tricks that seem to ensure reliability. 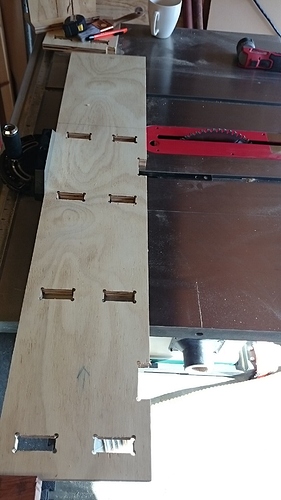 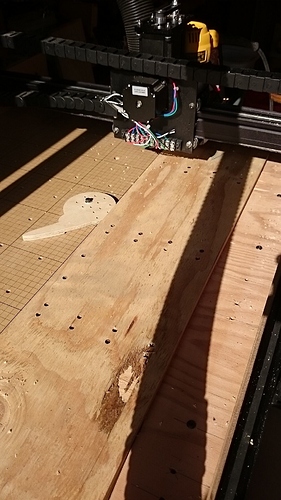 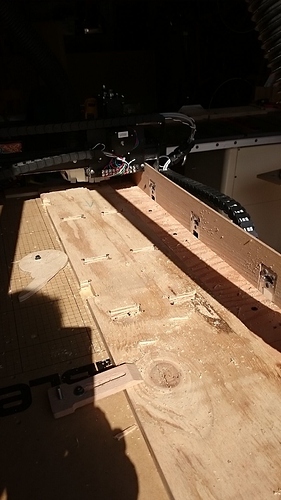 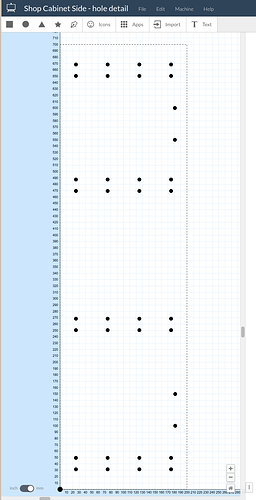 Finished the preliminary assembly of my shelf/cabinet this morning. Fit was pretty good. Only thing I’ll be changing is the dimension of the support braces on the right (back) side of the cabinet. They’re looking a little flimsy at the moment at the 5cm width I’ve defined. Otherwise am pretty happy with this. 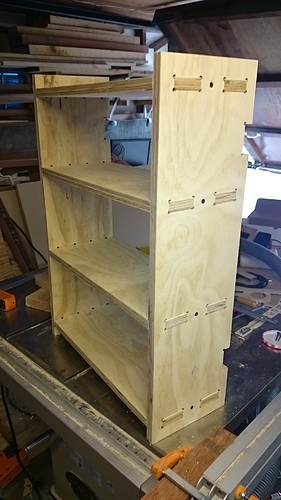 I’m not using the dogbone app because I don’t care for the way that it works. I’ve created these by making 2 cut files, one a hole drilling operation that bores the dog bone fillets, followed by one that cuts pockets that intersect with the fillets.

In this fashion I was able to control the amount of offset for each fillet precisely. The size and location that I have them in now is actually intentional, as I wanted to be able show some friends and relatives what they are and how they work. I had also experimented with some that were more like yours and found that I clearance issues because I hadn’t left enough relief in the corner.

In the future I intend to have a Python script which I can feed in (X,Y) corner locations of pockets and which will generate for me a peck-drill gcode file. For my ease, it’ll probably just drill a hole right in the center of the intersection, but if I’m ambitious I might extend it.

I just can’t get the Easel Dogbone app to work in any way that’s useful to my workflow right now. Biggest issue is that it’s really just able to create tabbed outline cuts, whereas I’m needing a filleted pocket cut.

That’s true. I just gave myself .5mm on all sides and the fit is as I wanted. Drawing the shapes in Easel was easy and worked well for me. I think the app might work well if I were making something derived from the box generator Zach talked about when he released the dogbone app.

Great suggestions (and pictures). I’ll be totally honest and tell you that I just hadn’t even thought of either of those ideas. I’ll give them a try in one of the future sets of shelves I build. It’ll be fun to experiment.

So I redid my test joint project to try and capture your suggestion. I’ll cut it out tonight and will let you know how it came out. I did 17mm mortises and 16mm tenons. I figure I can tweak those values after a test fit. Below is an image of the full Easel project before I split out the dogbone fillet holes into a separate cut file. The project will get cut in half after it’s completed and the top part are the tenons. 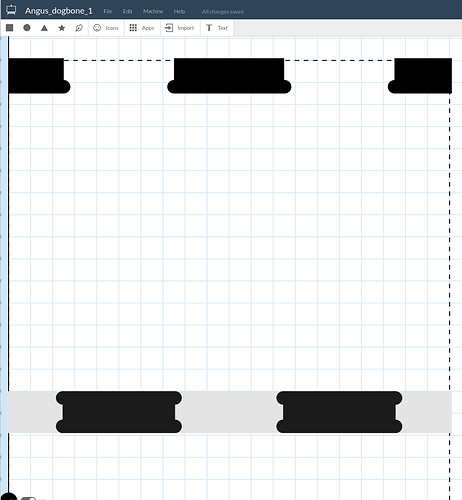 Well, should be no surprise, it works quite well.

I’ll have to keep tweaking where the fillets are, but the joint is pretty forgiving and hides everything nicely. 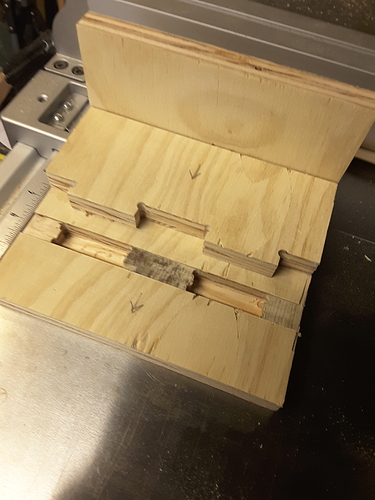 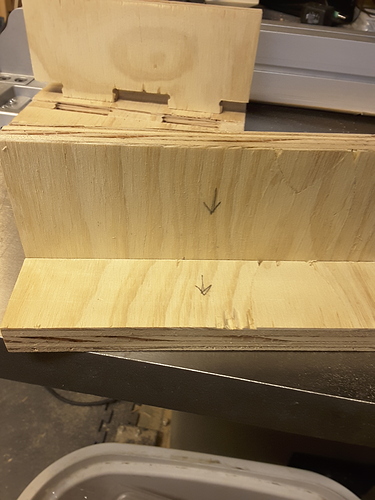 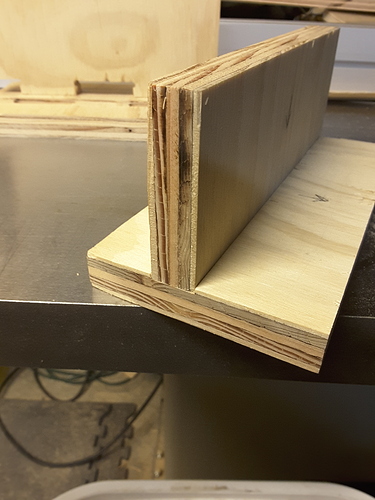 I’ll update my shelf pattern and will assemble a full unit using this joint on Friday. Looks much cleaner than the CNC Chic one.