There seemed to be an excessive amount of dust buildup on my y rails when cutting mdf especially since I upgraded to the 800w air cooled spindle , so I took some lexan I had laying around and made some dust guards so I don’t have to clean them as often. 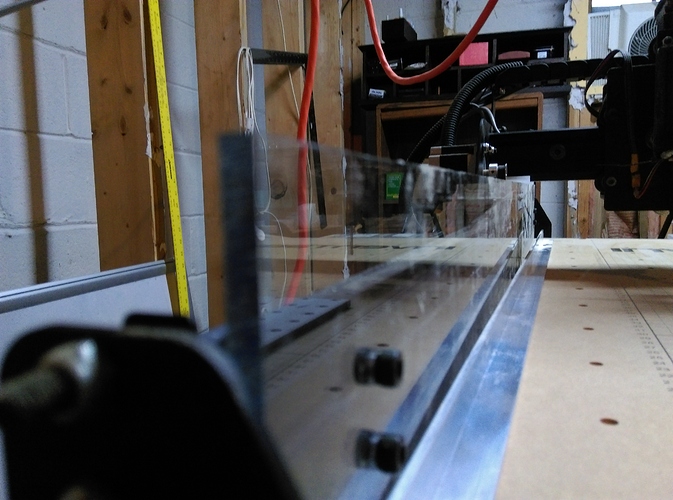 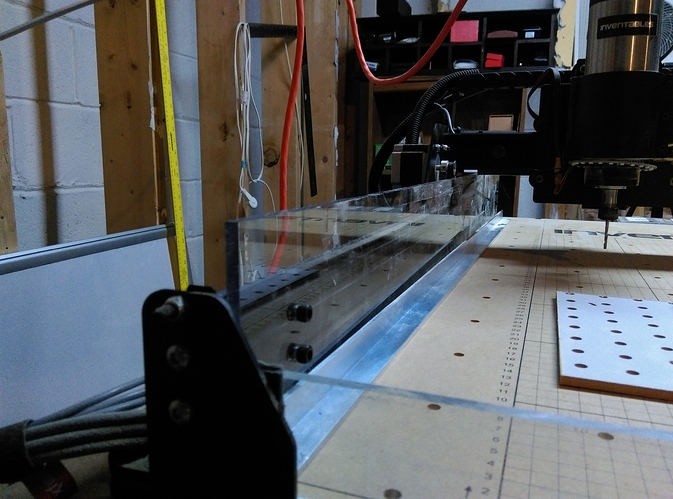 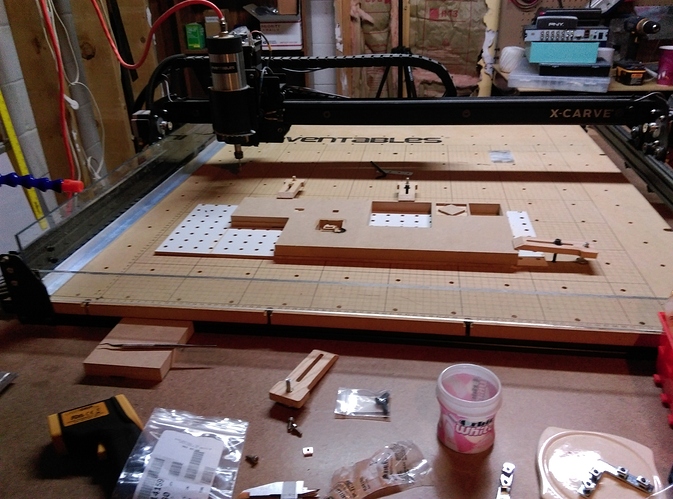 Wow looks great, … and looks quiet expensive. Where did you get those Plexiglas.?

I have a buddy that works in a sign shop and he brings me scraps.

I like your Buddy, do you have a phone number for him. Just kitting.

Nice :), I was thinking of making some sort of a brush and mount it in the rails so when I moves it brushes everything off but I like this too

That’s very sharp looking. I was going to take some balsa wood and do the same thing.

I’m working on something like this myself using a brush style door sweep. I’ve gotten sidetracked a bit lately. I need to get back on this mod.

There are felt wipers/oilers available but they are stupid spendy. the other issue is mounting them so they do not shorten you travel lengths.

Very nice! I’ve designed something similar that will also significantly stiffen the Y-axes, and am working with Inventables now to get the parts for it. I decided to get mirrored acrylic for the shield, which should look pretty interesting and hopefully help brighten up the workpiece a little bit.

Here’s an earlier version of it. I’m modifying it since I can’t get my hands on 6 end plates, and will instead cut something similar but wider out of 1/8" aluminum.

Nice design Robert. I have planned to use some sort angle bracket in the center of mine for some extra support/rigidity. I ran out of insertion nuts and screws, that’s why the right side isn’t done yet, but the plan was for 4 sets of screws per side. My front dust guard is secured with magnets, so I can easily remove it for tool or material changes.

I considered angle brackets, the only downsides I came up with were the fact that I wouldn’t be able to easily remove the waste board, and the existing bend may allow some slight flex. It’s still an option if my plan doesn’t work out though.

I like the idea of magnets on front and rear guards, I’ll have to see if I can stretch the sheet of acrylic mirror a little farther.

That is much fancier than the cardboard I taped to mine. Very nice!

I took some walnut and milled it down to 1/4 inch and bolt edit to the y axis not only for dust guard, but also for support. Works like a charm!