I’m in the set-up stage of my build and I’ve got some questions.

#1… when testing the x,y and z axes, they all move only in “bumps”. If I hold down on the arrow on the screen nothing happens until I release and then that axis “bumps” in the direction I indicated. Is that correct or should each axis move while the arrow is depressed?

#3… when I start the homing process, z axis moves up but is not stopped by the limit switch. Checked the solder, looks good to me. There wasn’t a clear diagram for the plug that I could find in the instructions, so I wired according to what I saw in the pics and videos.So I’m assuming I have some sort of problem with the header plug or the soldered connections since the limit switches go to there along with the spindle logic. what is the correct wiring for the plug and does anyone have a good way to troubleshoot this???

Thanks in advance! Keddy

Here a pic of the header plug left to right is x, y, z on red wires… 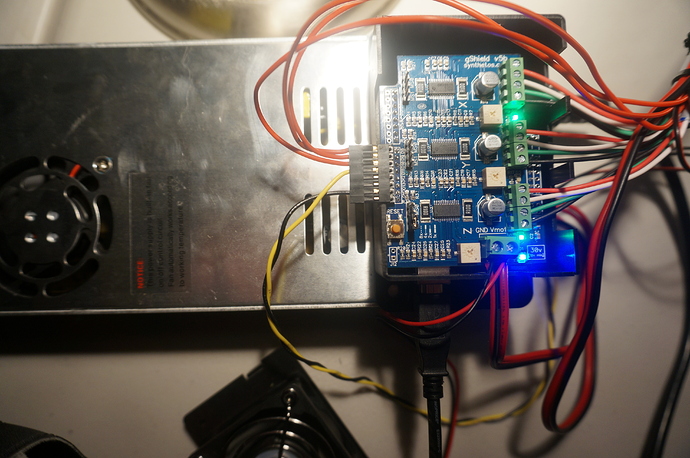 The header is not wired correctly.

If we start at the top of your picture:

Number 1 is easy, don’t hold the button down. Just click them, each click will move the spindle in the appropriate direction by the amount you have selected.

thanks… wasn’t sure if that was the way the test mode was supposed to work.

Much appreciated, sir… that did the trick!