Easel attempts to cut outside of material area

I was cutting a project where I wanted a half circle pocket cut out of the bottom so I was lazy and just inserted a full circle with the upper half on my material with the radius I wanted. I just assumed Easel would truncate the cut where the circle was off the edge of the material. 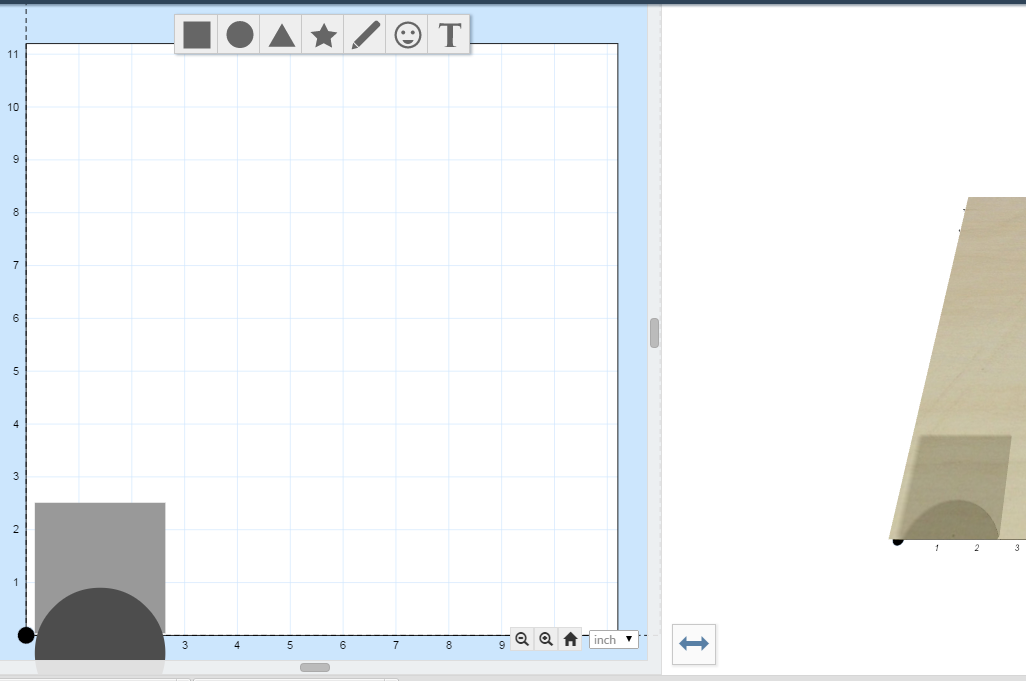 When I started to cut I surprised that the cut was not bounded by the bottom edge of the material and tried to cut the full circle. It actually took the y axis as far forward as it would move.

This could be dangerous or damaging.

That one is a simple fix, leave everything as is except for the location of the home position, you will need to move in the negative direction of the Y axis so that instead of starting at “x0, y0” it will be “x0, y-3”.
Hopefully the image helps explain, naturally you need to move the material forward on the Y axis a similar amount 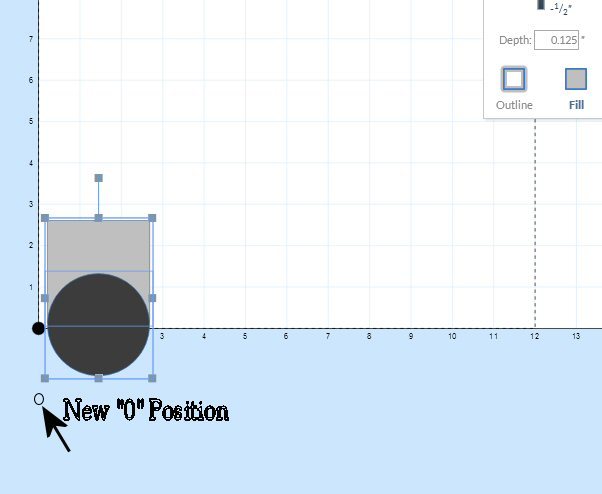 I was just playing with Easel to see if there was a way to trim the bottom half of the circle, I just assumed that there must be some way to do it by using the combine edit function. So far it seems impossible.

It’s a bit of a hidden trick but if you combine two shapes and one of them has a depth of zero, that shape will be subtracted from the other. So to trim the bottom half of the circle, position a square over the circle, change the square to zero depth, and then combine the two shapes.

Thank you @chrisbalin that is the trick I was looking for!

Dude ty! i have looked for hours to fig this out!

You found my secret trick to moving the origin point!

If you do this intentionally, you can carve things starting from the center of your machine if you desire.

Just select all of your design, click the center domino button in the “shape” tab, and then enter 0,0 for its position.

Your artwork will move so that most of it is off the work area, but don’t worry! Just set your spindle to the center of the actual wasteboard and it will cut all the “negative” geometry just fine!

@MatthewReynolds. Here is a video that explains everything