OK…I posted this question on one of the FB groups and couldn’t get an explanation, so here I am going right to the source. A number of users have been downloading & carving the Trump No45 DXF, so I figured it would be a good benchmark to try to learn how Easel’s tool path generator works.
Do in a new project I downloaded the file. I enlarged it to 15" x 23.5" to fit the wood scrap I had. I set the cut depth (on the left side) to 0.125". I selected a 90* V-bit, and in Cut settings-> Custom, I set the feed rate to 50 IPM, the Plunge Rate 20 IPM, and the depth per pass to 0.0625"…which should give as many as two passes. When I simulate the carve time, it’s 52 min.
Now, if all I do is change cut depth (on the left side) to 0.0625", and simulate the carve time, it’s 1H, 34 min!.
So can someone please explain to me how one pass (theoretically) takes over 1.5 times as long as two passes?
And when Easel does stuff like this, it makes “optimizing” out carves almost a crap shoot.

Did you mean you set the depth for the piece from 0.0625 to 0.125? You wrote it the other way around I think, and the estimated time should not increase if you lower the depth required to be removed.

It makes sense to me that the carve time would more than double if you double the depth that needs to be cut and leave DOC for the bit where it was. Basically, you will get the tool path time times two plus added Z travel.

I do agree that Easel’s estimated time can be way, way off at times though. It seems most likely, at least based on my experience, that the estimated time is based almost exclusively on the number of operations remaining instead of each operation multiplied by an approximated time using the settings being used. For instance, when I milled out my new Z-Axis plates the estimated time remained almost unchanged the entire time a large rectangular piece was being milled out. There were not a lot of operations to be performed; there were just rectangles that needed to be carved. As soon as that section was completed, the estimated time jumped by about two hours.

Obviously, I am not aware of how Inventables is calculating the carve time, but there are certain instances where it is out to lunch.

Hey Brandon…Nope…I wrote it the way I did it…the carve time is longer for a shallower carve…so I have no idea how it calculates times. But it is something I would like to see explained…

What I’ve decided is I’m going to have to experiment…different V-Bits at different carve depths.

I’m surprised someone hasn’t written a better (free) post processor for Easel…or maybe some sort of a G-Code optimizer?

Think about the cut a V bit makes.
The deeper the cut the wider the path.
That is why a shallow V carve will take more time.
If your design has wide art use a 90° bit for very fine detail use a 30° bit.

OK…so using the same V-Bit to carve the same file, shouldn’t a shallower carve take less time…because it doesn’t have to make multiple passes to get the width?

Not necessarily zoom in on your simulation screen and look at the paths it creates for each scenario. you will see why very quickly.

Some times changing the size of individual elements can drastically increase or reduce your carve time.

AND on very detailed V bit jobs Easel is horrible at estimating the actual time. Gun calendar from a FB group estimated 45 minutes took 3.5hrs as an example i cut it yesterday.

I cut it in one pass.

I stiffened my rails made a world of difference absolutely no chatter on this.

still need to paint the detail in 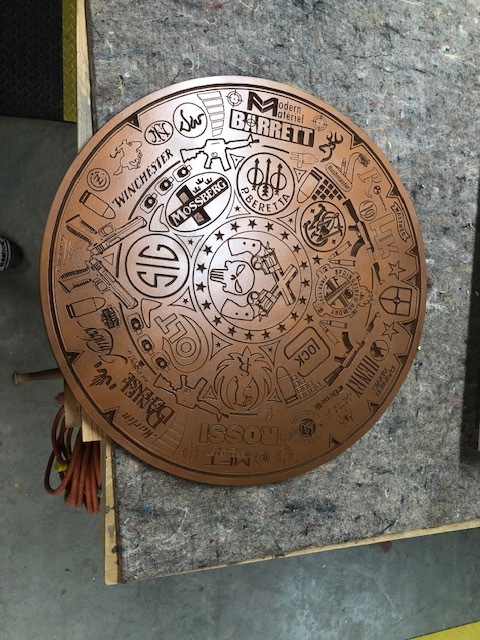 Hey Mark,
OK…I zoomed in and looked at the tool paths om both the 0.0625" deep and the 0.125" deep carves. For reference, the carve time of the 0.0625" deep file is 1h, 34min, while the 0.125" deep carve is 52min…so, zooming in it is obvious that there are a number of places on the deeper carve where the V-bit needs to make several passes to make the carve as wide as needed where on the shallower carve only one pass is used…so that is completely opposite from what I would expect. So, as you have noted, the carve times that it calculates could be quite different then the actual time (and anyone that has watched a carve when it says “< 1 min” on the screen knows it’s like watching paint dry!..so my thought is this…maybe the “Simulated Carve Time” is actually the time it’s cutting…and not included in that calculation is the amount of time Easel spends moving the router from one cut location to another…just my $0.02.
Mike

One factor to consider with 3D motion carving, which much of V-carving is:
The slowest axis will determine the effective cutting speed.
The slowest axis is Z which by default is very low (500mm/min IIRC) compared to X & Y (8000mm/min IIRC). Acceleration value ($122) is also a lot slower than X & Y.

So X and Y is “held back” while waiting for Z to do its steps.

On both of your simulations what was your depth per pass? Did you try adjusting that under custom settings?

Yes I did adjust it under custom settings…both were 0.0625"

if you want to share your file we can look at it and tell you what we see. Steve

Steve,
Yes, I’d love someone else to put a set of eyes on it…how do I post it so you can find it?
Mike

Go to file, share with link, copy link, save, then paste link into message.

Steve,
This is a file that I did but I believe its close to what Michael is talking about 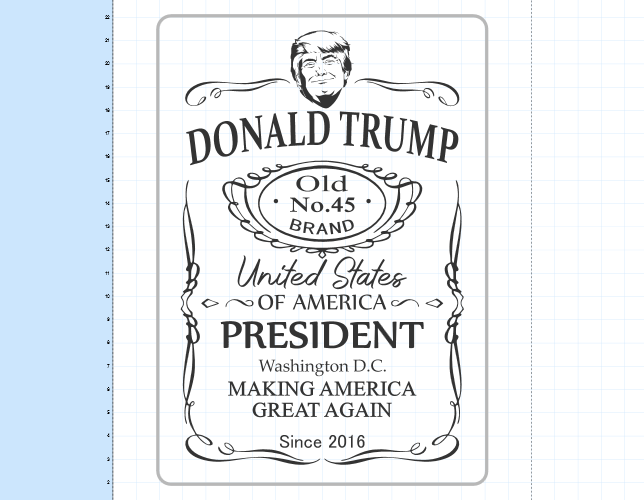 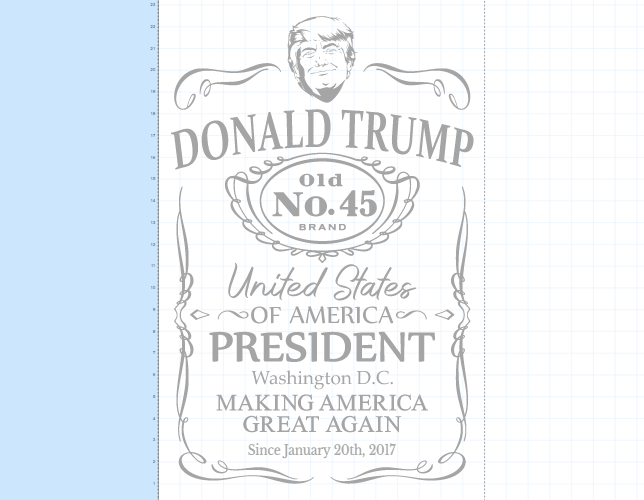