I’m new to Easel & the X-Carve & still learning, and doing pretty well…but I’d like to have someone confirm my understanding.

I designed the sign (file attached) for a friend’s anniversary. It’s 30" wide & 12" high. The letters will not be carved, but the pocket around them will be. After playing with different combinations of bits to get the shortest carve time, I’ve determined I need to do a three stage carve…using 1/4", 1/16" & 1/32" bits. So I set my first panel up to use the 1/4" bit as the rough cut, and the 1/16" as the detail bit. In the second panel, I set the 16/16" bit as the rough cut, and the 1/32" bit as the detail bit. My intention is to only run the detail cut of the second panel. So my question…can I assume that the 1/16" detail bit of the first panel would leave the exact same material as the 1/16" roughing bit of the second panel (and therefore I would not have to run the roughing pass)?

Can you share your file you should only need to run 2 bits (detail and roughing). Any way you run this this design it is going to be a time consuming carve. I would test a small area with how you want to run it block out the 29th and try it.

To get the best appearance you will likely want to run a v-bit.

I tried it with several bit combinations, and the one I described gives me the best detail with about the shortest cutting time. I really don’t want to use a V-bit for the detail, because that would make the text taper from wider at the base, to narrower at the top, and I think that would look odd.

The link to the project is below…it is the right-most two panels at the bottom. 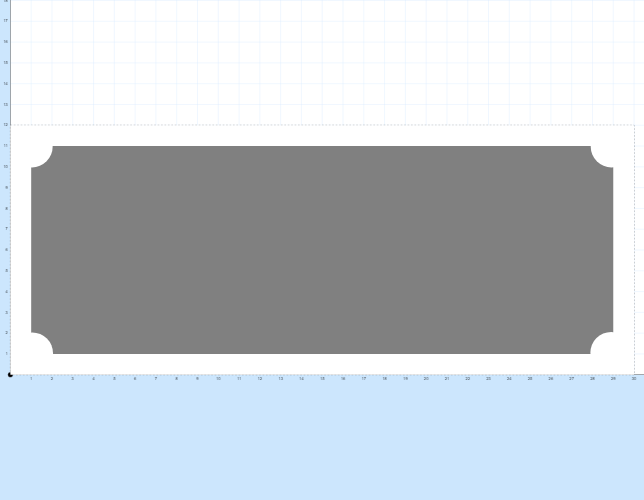 EDIT: I tried simulating it with a 45* V-Bit and didn’t like it…I don’t think the 45* will be able too go deep enough to clean out inside the letters. I then tried it with a 30* V-Bit and that looks better…I may go with that & a 1/4" rough.

Not much you can do, remember easel is pretty conservative with the depth of cut feeds and speeds. You might be able to reduce your time by speeding it up and taking deeper passes (not the 1/32"). You may also want to look at not cutting it as deep as you are. Steve

Be sure to post a pic of the completed project and let me know how it went!