Since 11/19 have heard no feedback from inventables to discuss/resolve excessive delays in software, but have read multiple topics on forum which relates and all seem to run into same issues. While in design mode the toolpaths typically generate in a matter of minutes while on the execution side of the program takes hours, currently going on 23 hours simulating toolpath at execution point. Attempted to contact Inventables and had to leave a message. Tried Chrome, Edge, Firefox and even attempted IE - all with same issues. Multiple tries with different computers, different RAM. Even tried copying and creating new file, same results - Easel locks up when executing finish pass simulating toolpaths. Very frustrating… 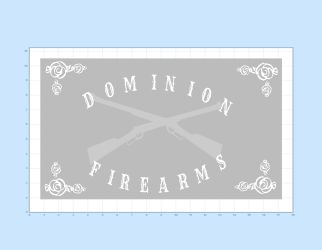 I just tried it without making any changes. It did the same for me then I went and looked at cut settings and changed them to 50 ipm instead of the 10 ipm that it was showing and ran through

Thanks, I had originally set up both the rough cut and the finish cut on the manual settings to 40ipms. I’ve changed the settings to 50ipms, had no affect on simulating the detail toolpath. Still frozen.
It’s weird, as when I’m designing and I simulate it runs through every time with little to no delay. Only happens when I am in the execute stage, especially on the detail toolpath stage.

I had changed the 60 degree bit to 90 degree and didn’t realize it. It is not running though on 60 degree… sorry

So I switched out to the 90* and low and behold it ran through the detail simulation on execution. I’m confused though how the 60* would during the simulation process and not the execution portion. Thanks again for your help, appears to be running (for once in the last day and a half).

What was the final resolution? just incase someone else gets the issue.