I will try an air carve and check results again.

I completely rewired my step and direction wires from tb6600 to cnc shield and the did an air carving on the same project. I just did one letter and the job was about 30min. at 3min remaining to finish the same thing happened during the carve. the machine started moving in the y direction away from me, then moved back again it did it a few times and all movement was in the y direction up and down. it eventually parked on my y zero and x about +120mm. can you please look into this and advise further. thank you

it did it a few times and all movement was in the y direction up and down. it eventually parked on my y zero and x about +120mm.

Sounds like your X axis loose steps or driver disconnect for some reason.
If a driver gets too hot it may enter overtemp shutdown untill its cooled down enough, if the X-axis is silent when its not making correct motion = I suspect this, bad wiring or failing driver.

If the stepper have power but loose steps it will make a grinding noise when it is stalling.

Thank you Haldor. It looks like I will have to rewire my Srepper drivers directly from my Arduino uno and remove the cnc shield. Is there a possibility that my cnc shield might be troublesome.

Thank you Haldor. You were right about the x Axix that failed. it jus so happened after I the Machine parked I could not jog the machine in the x direction. I then noticed that the x axis stepper driver was not powered on. after I then disconnected the power plug on the stepper drive it powered on again. I then replaced the complete power supply harness to the stepper driver. I will run a test on the machine tomorrow and see what happened. On all the other occasions when this problem happened I could still jog using the x axis. on this occasion I was lucky that there was no power to the stepper driver. your diagnosis was very accurate.thanx Buddy.

You’re welcome - hopefully it will be all sorted

I swopped the zee driver and x driver with each other. I also set the amps on x, y and a drivers to 2.5amps. I then ran the same cut and the same thing hapened. The x driver cut power to the stepper motor. This hapened also about 20min into the cut. What I niticed is that the x and y drivers becomes very hot. The motors still feel cool. The fact that I swopped around the zee and x drives, does thet tell us that the stepper drivers are fine and something else might be causing ig?

The x driver cut power to the stepper motor. This hapened also about 20min into the cut. What I niticed is that the x and y drivers becomes very hot.

Yes, this indicate the steppers are working - but that your X-driver most likely is overheating.
Try again setting the max current limit to 1,8-2,0A (whatever closest) and increase airflow around the drivers. Keep your 24V PSU.

I am now modifying my X, Y and A drivers heat sink to CPU heatsinks with blower fans. Hopefully this fix will solve my overheating problem. 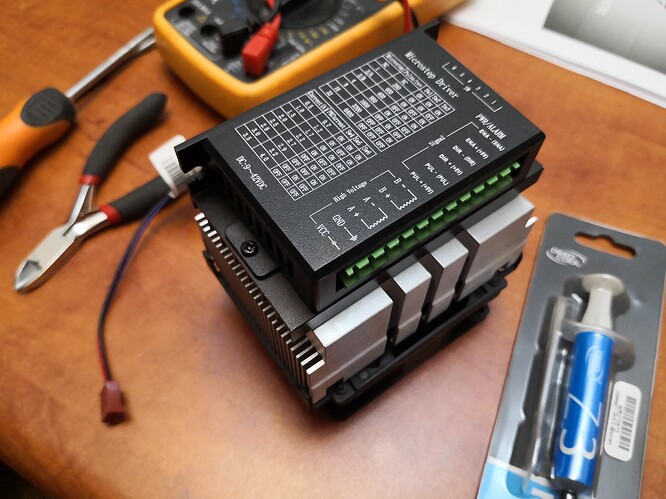 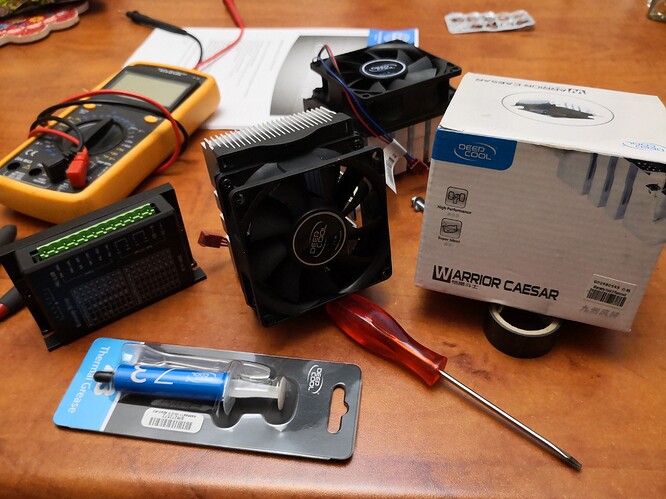 I am thinking of removing the original heat sinks and mounting theTB6600’s directly onto the CPU heat sinks. I will have to do a few modifications. 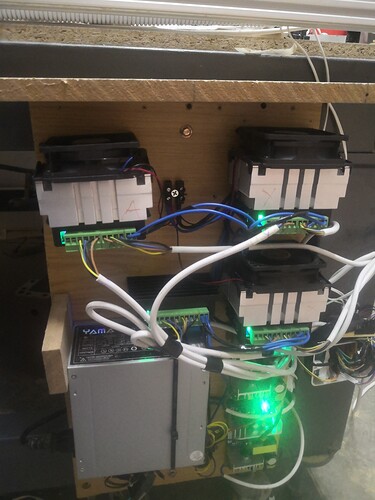 Hi there. This is Thabit crom Bloemfontein South Africa. As you can see, I did some serious modifications to the X, Y, A TB 6600 stepper drivers. I used CPU fans and heatsinks Intel 478 socket CPU coolers and could easily fit the tb6600’s directly to it. I removed the original heatsinks and installed the tb6600’s directly to it. I first cleaned all the old thermal grease and used fresh grease when fitting it. This is quite an effective modification because my stepper drivers were running quite hot while idling but now it stays cool all the time. I would advise anyone that experience very hot stepper drivers to modify their heatsinks to bigger and more effective ones like a cpu fan. The total cost of this modification is, R50 x 3 for cpu fans and heat sinks and R50 for the thermal grease. The total is R200, South African Rand which is equivalent to 14 US Dollars. I will be doing a first cut now and let you guys know the results later.

Many Thanks to Haldor that guided me to this result and also to everyone else that commented on it. 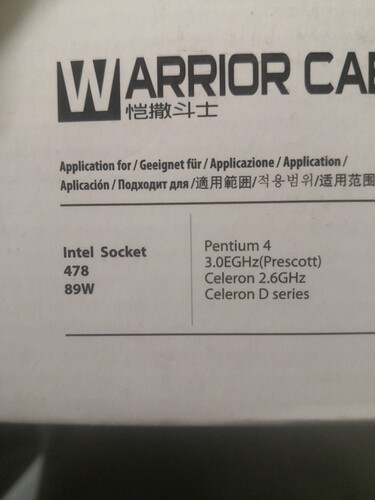 By The grace of God, the first cut went of well. I am now busy doing the second part. The first part took about 25min with a 1mm feed rate. The x, y ans a stepper drivers stayed cool, not even building up any heat. This fix realy works well so far. I am now currently 30min into the rest of the cut and my drivers are staying cool so far. I am sure these heat sinks would work fine even if you dont run the fans.

The machine has done the above cut without any effort. The took about 59min with a feed rate of 1016 mm/min, plunge rate @228.6mm/min and a 1.2mm pass rate with 6.2mm cut through on MDF Board 6mm. The TB6600’s stayed cool throughout the cut and especially the x driver. Prior to this modification, most of the movement was in the x direction. If letters was turned 90 deg, the movement would be in the y direction. This might have overheated the the X or A stepper driver which could’ve been damiging my machine and not spoiling my job that much. Also my sincere apologies to Easel for blaming their software. Great lessons are learnt out of ignorance. I hope that this whole experience will be usefull information to others with similar experiences.