Been reading through the forums for a few months now and got the x-carve going about a month ago. Coming from the mpcnc, I generally use estlcam for most of my tool paths. Last night, tried a simple project in easel and as you can see from the picture, there are areas along the path that the tools did not clear. I used a 1/8" down and 1/16" up for the carve. The screen shot of the tool path is the only thing that was cut with the 1/8" bit and it looks to me that it didn’t go down far enough.

I have the probe kit and made sure to measure the thickness and input into the initial setup.

Does it look to you all that it is the lead screw not tight? I put about half a turn on it after this cut but I don’t think that would be responsible for a .030-.040 difference. 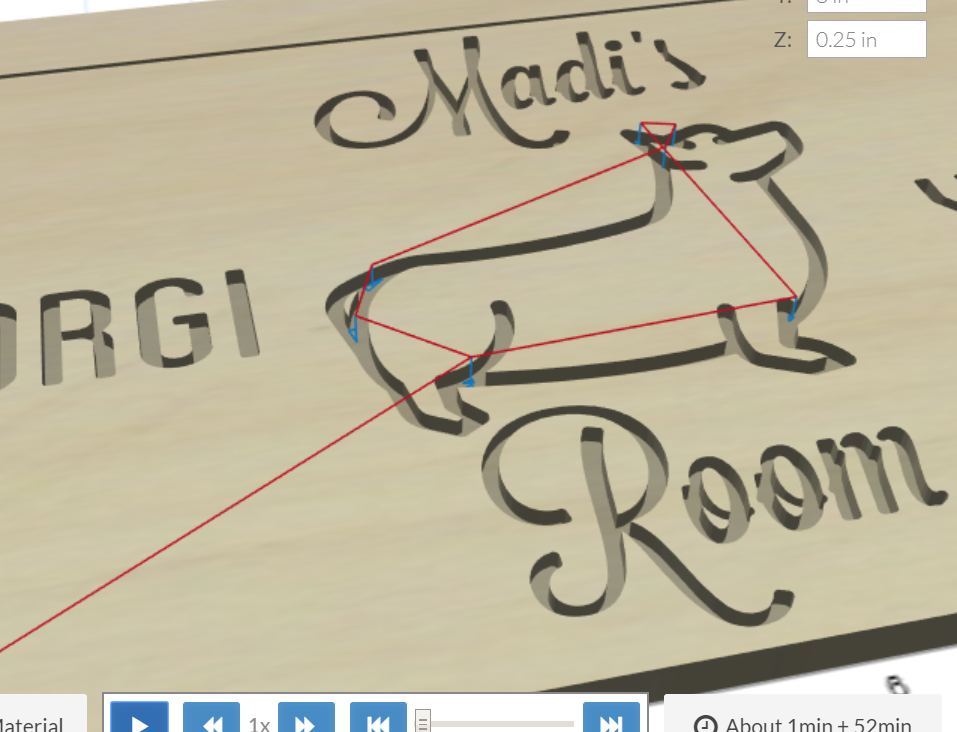 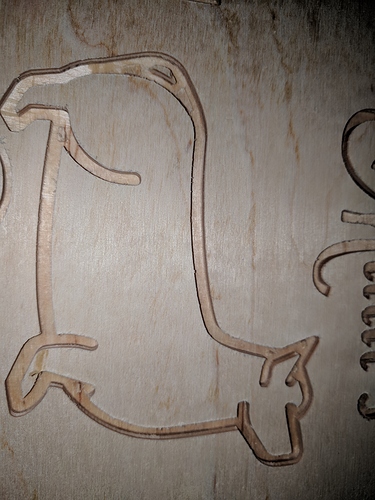 I ran the job again after tightening the lead screw nut on top of the z pulley and took a measurement of my two bits and they were off by a few thou. Updated the bit diameter in easel, and it seems that one of those two things or a combination of both took care of it.

Do you think that could have been it? The screenshot that I attached was from the original tool path before I changed any diameter settings. The 1/8" bit came in and pecked a few small parts (took less than a minute) before I changed to the 1/16" which ran for an hour both times.

Another thing I did after running the successful job was to ensure the bit was level to the waste board in the center and four corners. They were a little off, about 10-15 thou between them before adjusting. I used a method that I saw on youtube a while ago. Can’t find the video now but the guy used a few business cards and loosened the small slides under the waste board to make the adjustments by lifting or lowering the y axes then tightening the screws back down. Haven’t made anything since doing that today but I’m sure it isn’t going to hurt.

Another thing that I thought of just now was that I haven’t seen these symptoms coming from estlcam is because I haven’t tried to make something with these small of pockets with a tool change. I would just run the engraving with one v-bit tool rather than trying to clear the letters with a larger bit. So the issue could have been there and possibly has nothing to do with easel.