is there a way to designate which tool path goes first?

i was going to answer this with one word but that isnt nice so… no easel does not support that feature at this time. post it in the feature request thread

While what @NickCook is correct that Easel doesn’t support this as a feature, I have recently found that the front most object will most likely cut first, and so you might find it useful as a trick/workaround to send whatever vector you want to cut first to the front by clicking on it and then choosing Edit > bring to front

This won’t always work for stuff like fills that need to be under other fills, but it might help is some cases.

So what you a are saying is… the order they are in the stack sets the cut sequence? ie. as in photoshop (or most graphics programs) you can change the layer order…
front= first to cut
back= last to cut
thanks… I just my X-carve running… was having an issue cutting hold downs I drew in inkscape but it would cut all three shapes at the same time… stopped the Machine and pulled in each layer and cut… never thought to reorder the layers… they were just on One layer… but different depth of cuts. thanks

that really should be a tip in easel or something… I read though a few topics all pretty much saying easel cant to order cuts… but that’s not the case.

edit: alright tried doing that but it is still cutting all three shapes at the same time… do they have to be on separate layers ( ordered front to back) in inkscape? Do you need to place each separate piece (load svg) into easel? 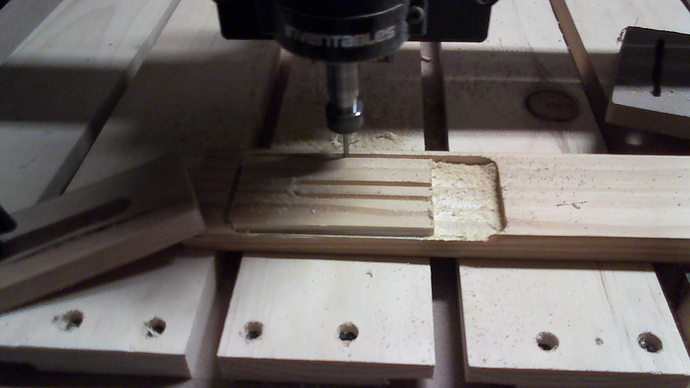