Many people here have noted Easel’s heavy-handed approach to tabs, wishing for a way to modify the size or number of tabs created. I’m in the same boat.

So last night I decided to export the code from one of my Easel projects and see if I could do anything about irony own. The .nc file that easel creates doesn’t generate line numbers. In fact, in notepad it is one giant continuous line of code. I imported it into ChiliPeppr which tidied it up into numbered lines, and I identified which sections of code to modify in order to eliminate excess tabs.

Now, here is where I hit a wall. I didn’t see any way to modify or delete lines of code in ChiliPeppr. Nor did I see any way to export the newly numbered lines of g-code from CgiliPeppr so that I could manually edit it. Is there a way to edit my g-code, either in a visual WYSIWYG way or line by line, without wading through the unnumbered export from Easel?

I use Context Editor for my gcode editing. It will tell you at the bottom what line in the file your curser is on without having line numbers in the gcode file.

Give Notepad++ a try.
That is what I use for many things.

Thanks guys. I looked at both of them and they both seem really good. Way better than windows notepad for sure. I think Notepad++ is the way I’m going. Hopefully this gets the job done.

There is a macro in ChiliPeppr that lets you export your Gcode. Since people are rarely doing this, it wasn’t setup as a button or anything, but it is still possible. 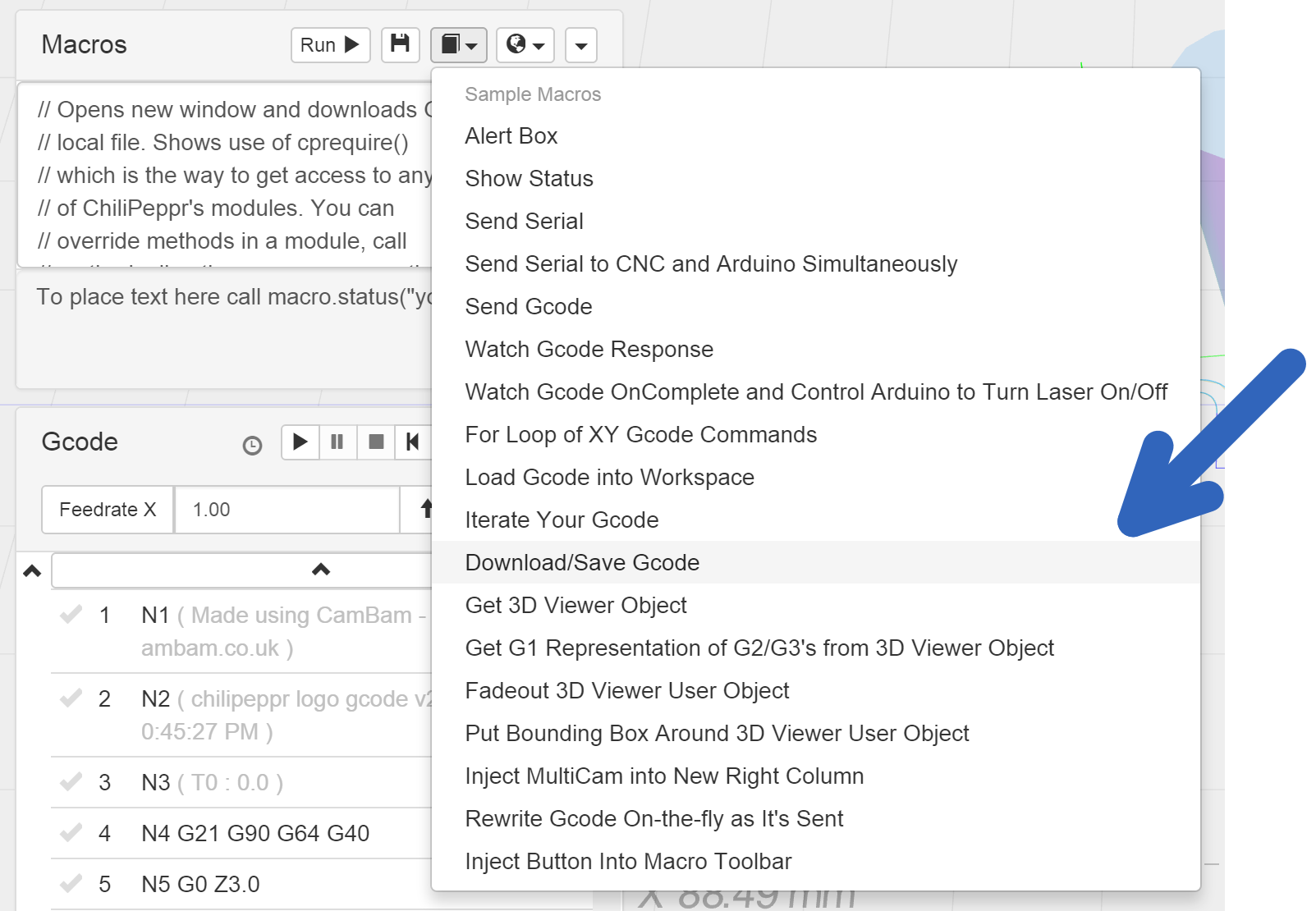