I looked at this for a project a while ago. It can control 2 steppers and two servos (up to 5v) and is compatible with an uno.

The link is to a UK store, but as far as I am aware adafruit is a US company so you should be able to find it easily

Arduino driving a generic servo:
https://playground.arduino.cc/Learning/SingleServoExample
Need aux power as a servo draw to much for the Arduino board. 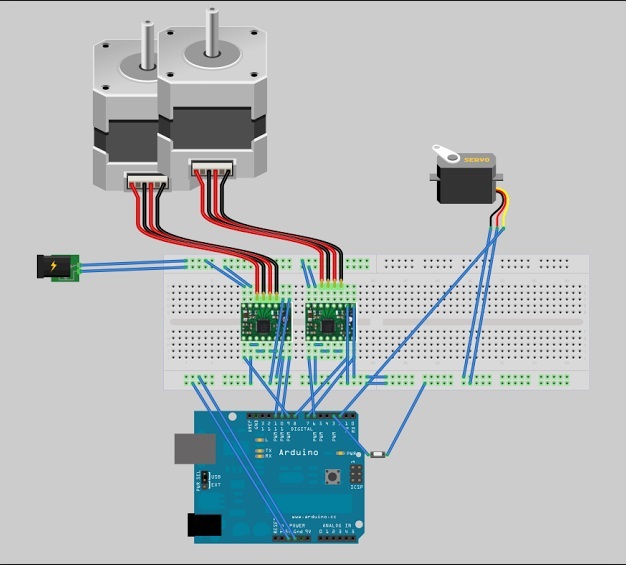 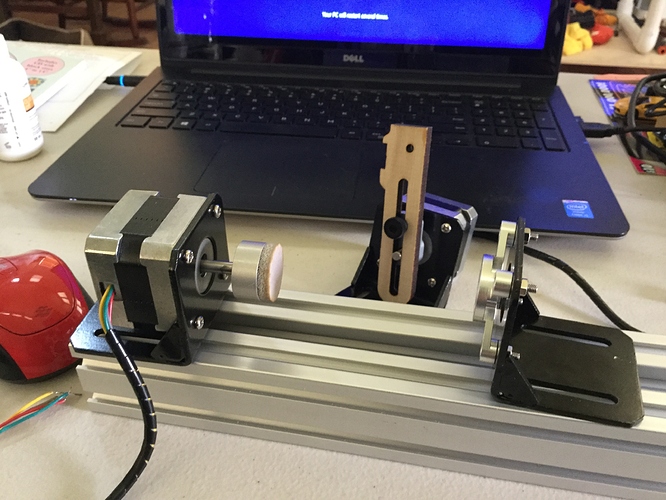 Got my controller from evil mad scientist. Almost done

If someone could help me figure out how to connect a g9 servo to the Arduino or gShield, that would be great.

Can be done. Do you want to use grbl, or something else?

What are the tolerances for the Z movement? 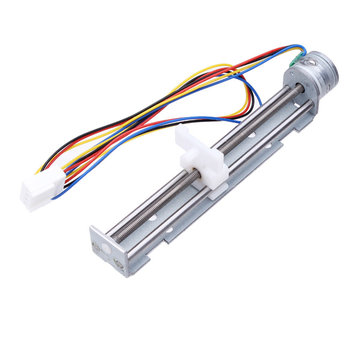 You could use the PWM signal to control the RC servo with S words to change the position of the servo.

The 1Khz that my 1.0c laser version and the official 1.1f version uses would not give you enough control for the servo, but one of the older 8KHz versions of grbl would.

The servo is only full up or full down

That makes it even easier. You don’t need a servo for that you can just use a solenoid.

You could use the PWM signal as you do for the IoT relay, or use M7 or M8 and M9. Might require some external circuitry. Easy to do.

The servo lets it drag on the surface. 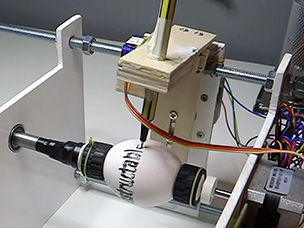 Create the DIY version of Egg-bot running on Arduino

We featured Nikodem's bike tachometer last September on this blog. He's now sharing with us another DIY project called DIY Arduino controlled Egg-Bot. It's a DIY version of the original Egg-bot created by Evil Mad Scientist...


Which links to here:

DIY Arduino Controlled Egg-Bot: In this instructables I will show you how to make your own Egg-Bot controlled with Arduino. I wanted to make it before but I thought it is too hard for me but I was wrong. It's easy to build so for sure everyone can do...


With a link to the software for the arduino here: 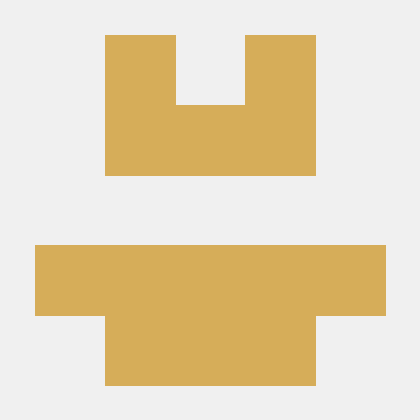 Qt based GUI to control the spherebot. Contribute to thunderbug1/Spherebot-Host-GUI development by creating an account on GitHub.

I used a board from jjrobots and was very happy with it when I built mine http://www.jjrobots.com/sphere-o-bot-jjrobots-version/

Not sure if you’re still looking @PhilJohnson, but there’s a fork of grbl that uses a hobby servo for the Z-axis. I use it on drawing robots. 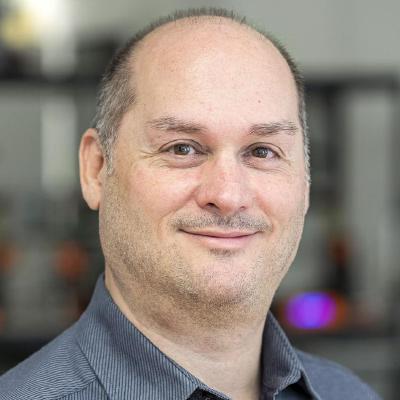 Special Grbl version for use with servo instead of spindle or laser. - cprezzi/grbl-servo