I’ve tried several things to stop the chattering during carving in the x axis. It’s the worst using downcut bits. I was using a 1/8 bit, had the feed speed at 45, plunge at 20, depth at .0628, and the router speed at 1.5. I can only explain the router and bit seems to be chattering. I’ve checked all the v wheels and properly adjusted them, but the problem is still there. Heres a picture of how the cut path looks after 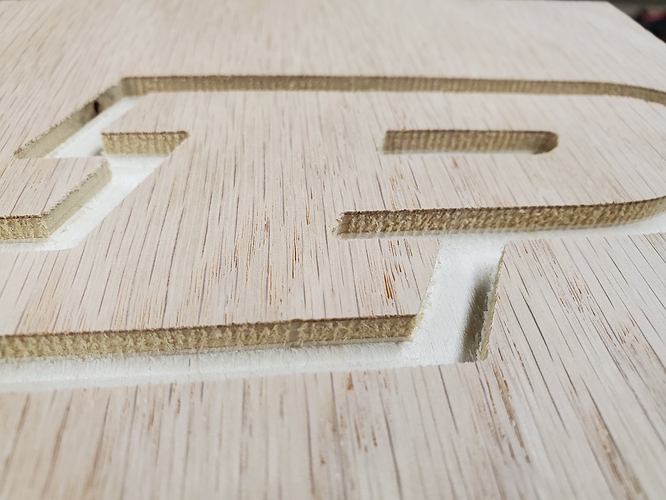 Looks like it is just doing it going across the grain not with the grain. I would set the depth at 12 and .06 and the router at 1. Oak is pretty tuff to cut. You could also take a full depth pass when you are done and might get a lot of the sides cleaned up.

Check your router holder. I had the same thing happen then the router fell off on the finish cut

What do you mean router holder. Do you mean the carriage that holds the router

How tight are your wheels/belts?
One work-around can be what Wayne describe, consider the first carve a “roughing carve” leaving 0.01" of stock, then do the carve again at full depth to final dimension.