I have read through the tutorial on F-Engrave’s web site but still fuzzy on some of the details. Plus the interface has somewhat changed since it was created.

I am not clear on the Cleanup Operations settings. When you run the cleanup calculations you have two possible choices of cleanup code. I think I understand the V-Cleanup as a follow up pass using the same bit. Is this correct? The second action is just “Cleanup G-Code”. Is this intended to be run with a different bit? Just a straight bit of the diameter selected in the “Cleanup Cut Diameter” dialog box?

If yes, I assume the V Bit code is run first and then followed with the bit change and then the “Cleanup G-Code” .

Trying to understand the difference in the Cleanup Setting’s between the “Cleanup G-Code” and "V-Cleanup G-Code.

I read through the provided link again and also returned to the F-Engrave web page but don’t seeing the explanation. Yea, I’m a little slow sometimes.

Thanks - That’s the explanation I was looking for! F-Engrave is really impressive but there is a learning curve. Using it for my first real sign and have carved a bunch of test trying to understand how changing the settings varies the result. Burning lots of hours in the process but enjoying the journey.

I hate to jump in this conversation but felt it was an appropriate thread.
I am also new to F-Engrave and ran into a problem with my VCarve Inlay .
The Vcarve Inlay file appeared to carve correctly as well as the Vbit cleanup. The problem came in with the straight bit cleanup . It “cleaned up” the top of my letters. once i saw it do this i stopped the program to not keep wasting time.

Phil , thank you so much for the reply.
The straight bit cleanup is a little hard to see i put a pencil next to where the tops of the letters were cut.
I have also attached the settings for vcarve and the Vcut itself just for reference.
You can see where it cut the top of the P off and the top of the L off . its is kinda of fancy font (thats the reason i attached the vcarve picture for reference). 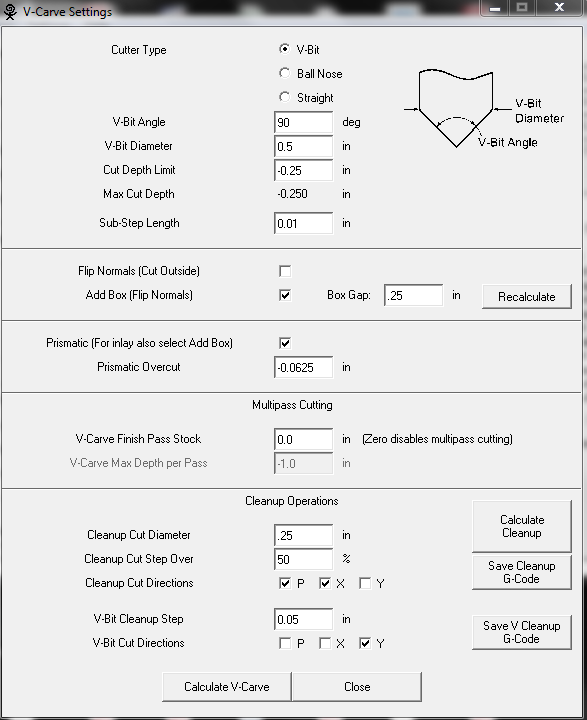 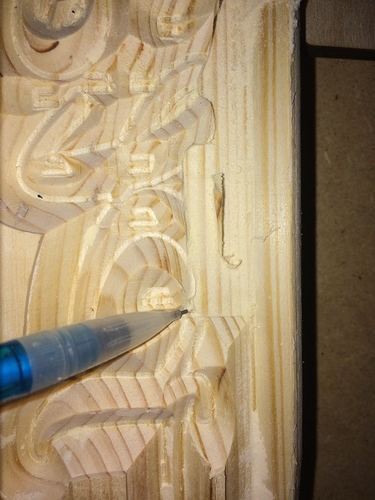 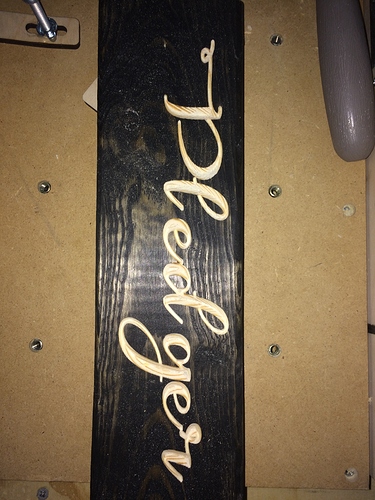 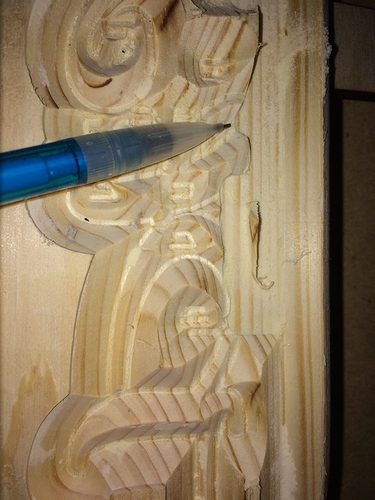 Thanks Phil , i did watch the tutorial on the scortch you tube. (the little scorch logo demo). Thanks for your advice. i had a .25" straight bit and entered that into the vcarve settingings. I think i will try a smaller simpler design (maybe with just one letter for practice) and make sure i get everything correct. Thanks for all your contributions!

Hi new to forum I cant see the replies to questions any ideas?

Phil Johnson has left the forums and took all his replies with him.

Hi new to forum I cant see the replies to questions any ideas?

he moved everything to his website. there is a guide for F engrave there.