Failed attempt at Cutting Board

Well, Decided to give a go at making a cutting board.Figured I’d make a gift for myself so gave this one a shot! I’m a big fan of BREAKING BAD, So I had no choice but to try this one. I’ve played with epoxy before so I thought it would be an easy task. I guess I messed up somewhere along the way. Looks Like I trapped a whole ton of air bubbles. I used my heat gun and it didn’t seem to want to get rid of them even tried using a needle and mixing them to get them out but no luck. I cut 1mm deep (about .04") deep pocket. I think either the heat gun disturbed the epoxy since it might be to strong, or I could have also used a bit to much epoxy pigment, as I did use a bit to much I think. If anyone has ideas or suggestions that would be great, I am working on a few more that I am hoping to sell. (Different designs)

Oh and this is unfinished, I am still waiting on my cutting board oil/wax and still got a bit more sanding left to do and got to wipe it off. This was after using 1000 grit sandpaper. First picture is the cutting board second picture is a closeup of the errors. 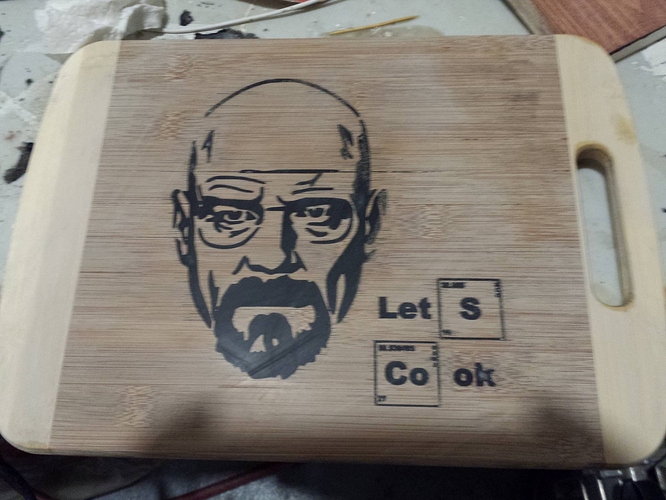 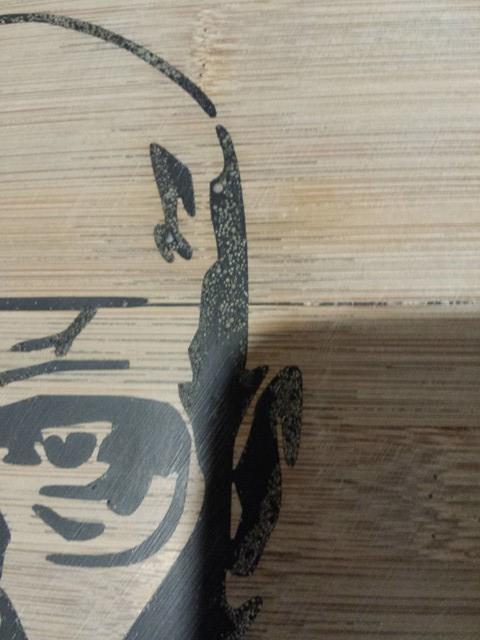 Air bubbles in the resin filled with sawdust?
I had a similar issue with my own attempts at resin filled.

I cleaned the holes / pits out with some denatured alcohol and laid down a second thin layer of resin to fill in the holes. It seemed to work well.

Though on another I left it as it. The holes / pitting was not very noticeable once I had washed out the sawdust.

I heard of the straw trick, I actually went running trying to find a straw to try it out but had no luck finding one, I hoped I’d be able to sand the thing and the bubbles would disappear. Now that I look more closely It’s almost like the bubbles wen’t straight down to the cut, it’s a bunch of holes and I think why it looks like saw dust is because its the bottom of the bamboo showing. May’be I should go with a deeper cut and do 1.5mm deep?

I landed up finding this on amazon and the reviews are great on it, Would this suffice as a good finish? https://www.amazon.ca/gp/product/B01FSYCRI0/ref=oh_aui_detailpage_o00_s00?ie=UTF8&psc=1

I’ve never finished a cutting board.

I might put this board aside for now, and when I make some more epoxy for my next boards I’ll use the leftovers and hope it fills the holes.

Ya I plan on using it, Good to know about the oil, I’ll go find some mineral oil when this stuff runs out!

I did wet sand it, and realized I probably should of kept the water off of it. Have you found a better source for cutting boards? I was lucky enough to finally find these at my local dolar store, if you want to call it that anyways (4$)

Yeah I’ve looked at a few, quite expensive, I don’t mind these ones so far, I also found some larger ones with metal hangars, but these smaller ones I find look better.

A random piece of data that might help… I was doing an epoxy cover of a beer flight sampler I had cut from walnut. The instructions on the epoxy said, some woods especially walnut, can bubble. To address this, add a very thin layer of epoxy to seal. Well, I figured I had already sealed it with a coat of polyurethane, so I should be good, right?

The bottom side, that I did first came out with a “prickly” consistency because of the number of air bubbles. On the top side, I followed the directions and did the thin sealer coat. It was way better.

I’m wondering if this might be the same issue?

It could very well be, I’ve used this epoxy before, as I have made tons of carbon fiber parts for my car and others. I never had any issues with bubbling, definitely not this bad. I am gonna do a second coat with the leftover epoxy I have from my other boards I got laying around! Hopefully that solves it!

Almost forgot! I always make these with my leftover epoxy! Bunch of marvel themed epoxy casts, 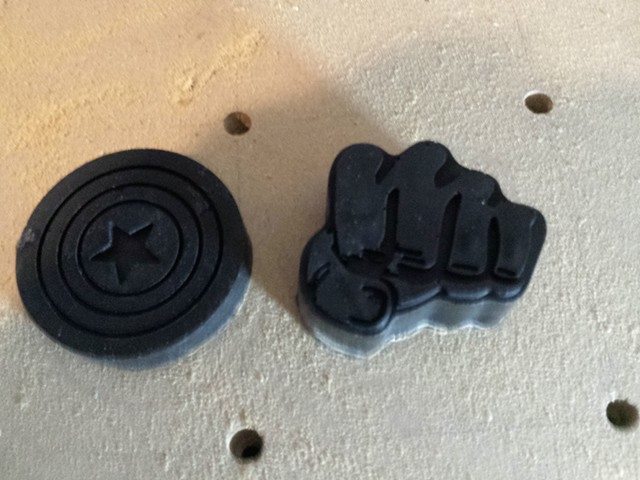 I’m using a silicone ice cub tray I got from one of my loot boxes (monthly box of random toys) whenever I poor to much epoxy I toss it into the tray and eventually get a full piece I just push out. 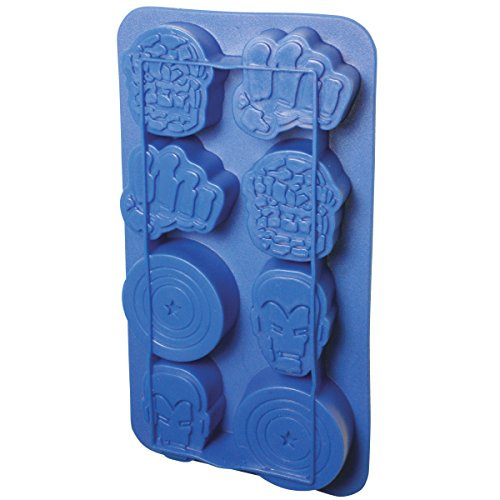 Haha yeah sorry for the confusion! The one he linked is the exact one I got in my lootbox. Just a nifty way I save the leftover epoxy, instead of letting it just harden and thrown in the garbage.

The pin holes in epoxy are tough. I just did a set of coasters and had the same problem. Try to poke the bubbles with a tooth pick when the resin is still wet. You can also spritz acetone on the top when it’s wet, it pops them. The best way is to put the epoxy under vacuum and de-gass there’s a few good utube videos on it. I colored the epoxy with craft store paint, just takes it a little while longer to harden.

Some of the bubbles are microscopic and actually grow as it hardens ,chemical reaction. I was playing around a little with carbon fiber but the bubbles always gave me problems. 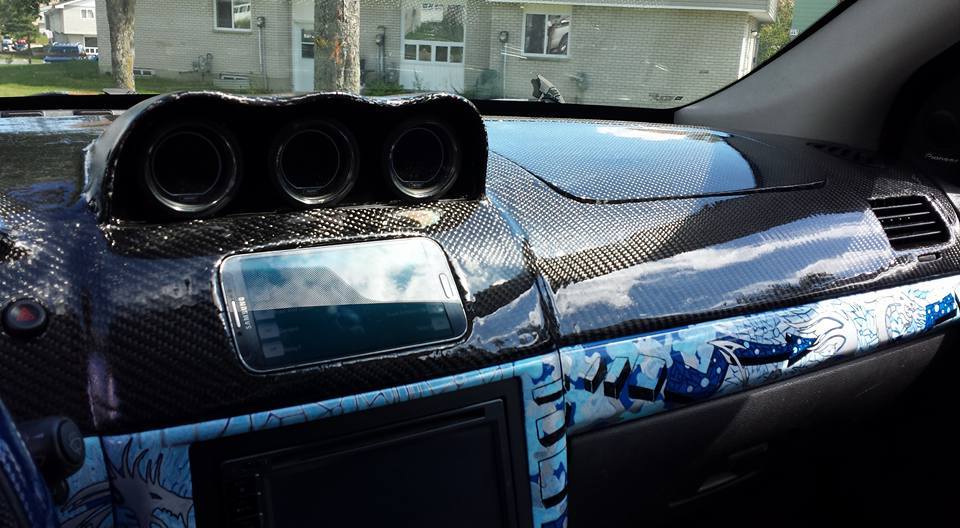 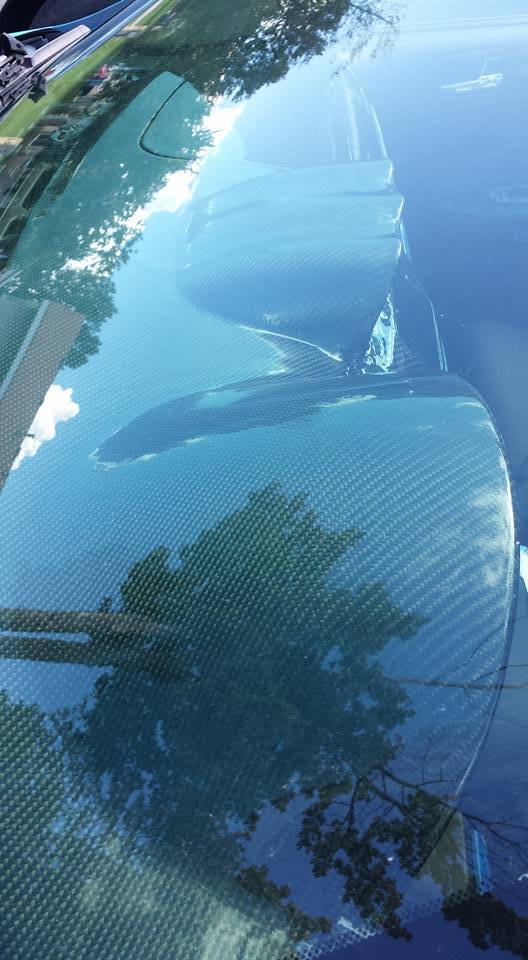 ), it works with low speed.