Q: I thought Fengrave was supposed to cut along the black lines when in vcarve mode?

As you can see on the halo symbol and the magician text, it vcarved around the outside. Am I doing something wrong? 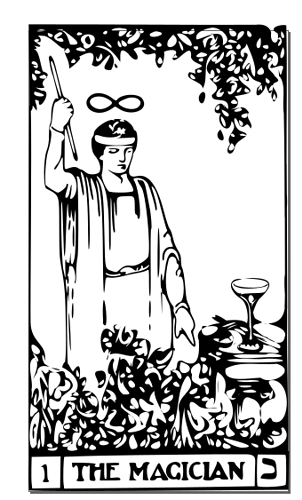 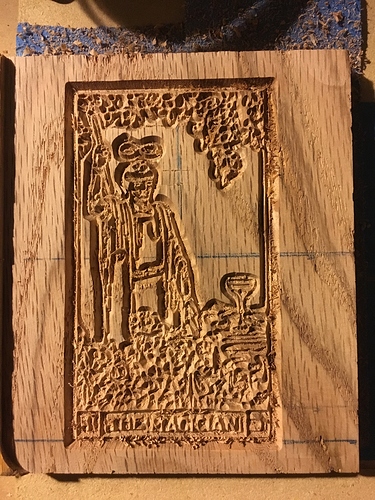 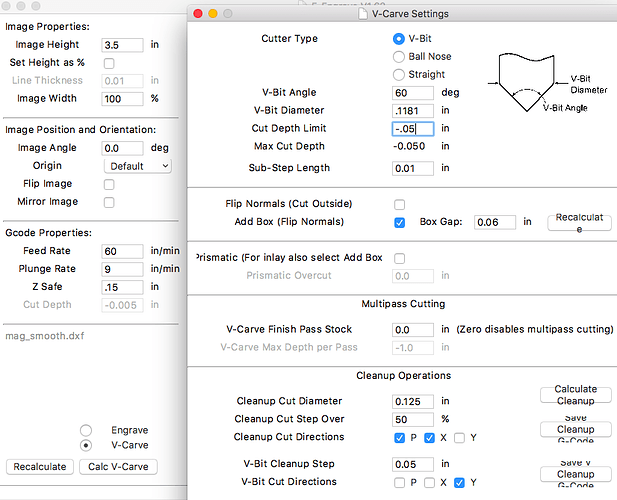 What does the “add box (flip normals)” check box mean?

Thank you! I suspect it’s a dxf file issue. Off hand do you know of any way to close all the loops? I selected all and did “Union” but I see that didn’t work.

I know PNGs are easier but I can’t get that aspect to work on my mac. Oh how I’ve tried.

I followed the videos to join all the nodes in Inkscape. As you can see in the picture, it still isn’t cutting along the blacks. I’ve included a copy of the .dxf file for reference.

(It takes fengrave like 15+ minutes to calculate the vcarve so I waste a lot of time sitting around hoping each edit fixes the issue.) 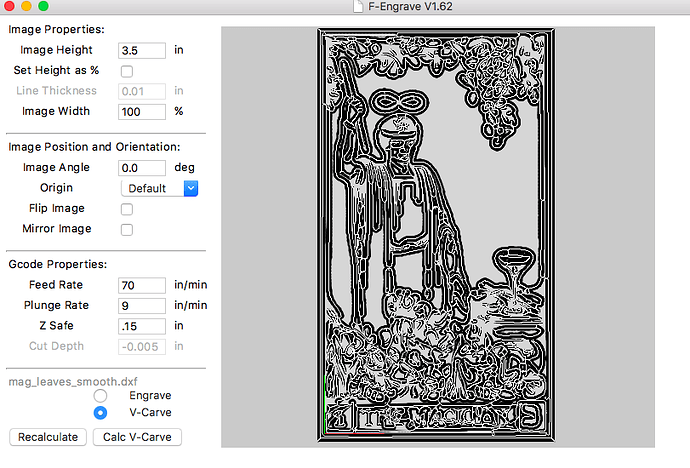 Thanks Phil, and like I said before I haven’t been able to figure out how to use PNG files in fengrave.

I have a Mac. I’ve followed all the tutorials about adding things to the system, downloading potrace etc. Even after that fengrave doesn’t even give me the option to open PNG files. Paying hundreds for VCarve isn’t an option at the moment.

I followed Glenn’s tutorial on closing loops and it didn’t work. How do you even identify if loops are open?

That option does not exist on my Mac.

I want to be able to use PNG files because BMP ones are so large they crash the program constantly. 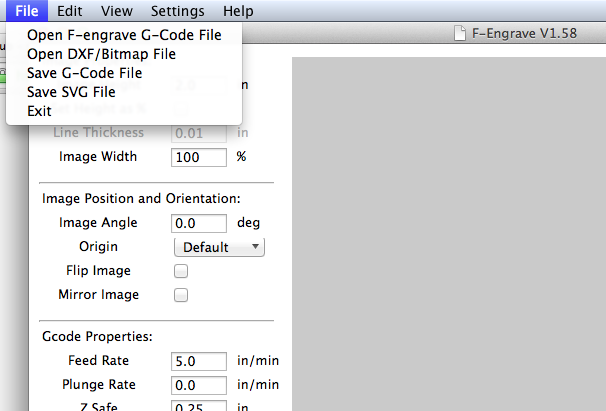 Weird. I’ll double check that when I get home!

I don’t get the option to change file types after clicking File -> Open DXF / BMP. 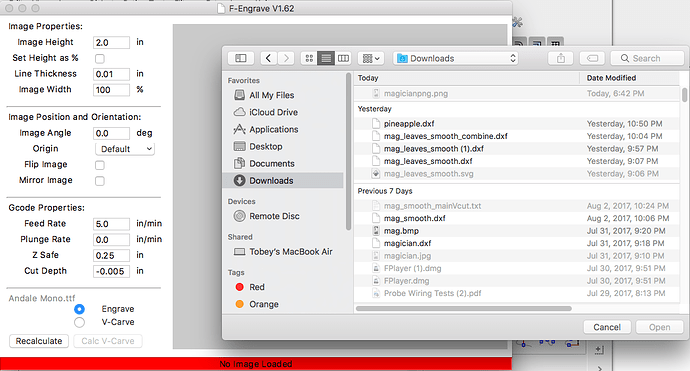 Yeah, I think it’s a Mac problem. I downloaded Potrace and installed it and everything, I just cannot figure out how to get it to work within fengrave.

Even if I’m on vcarve, the option doesn’t present itself. The menu doesn’t even show a drop down.

Yeah, and now it says “No Image Loaded” when I try to import a bitmap file.

So I got AutoCAD. (I work at a University, so I registered for an educator license).

I think I joined all of the segments together. But how do I reduce the number of vertices? There are many.

Do you know a shortcut way to detect open loops in AutoCAD? This is arduous.

And, … even so I do not understand why Fengrave isn’t detecting closed paths. You can see here in inkscape both of these paths are closed, and yet Fengrave is vacarving the outside of each line. 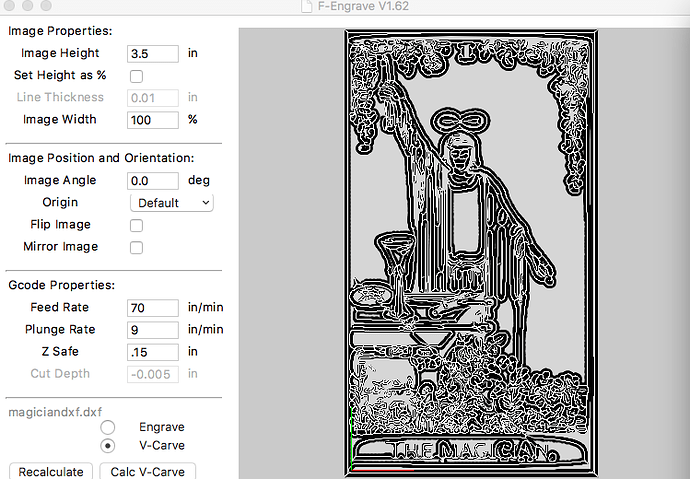