So I did my first test on the new machine. I did the rough with a 2mm bit, the detail with a 1mm, and then traced over it with a 90 degree V bit. It went OK, except the home position seems to have shifted between the rough and the detail, combine that with the detail path generation, and it left a bunch of notches in the piece. I need to figure out how to use the limit switches to recover the home position after changing bits.

After going over it with the V bit, it still came out pretty nice for a first attempt. The V bit chipped the basswood in a few places. I think the RPM is too high. The spindle didn’t seem to respond when I tried the g shield controlled RPM with Easel, so I switched it over to manual. 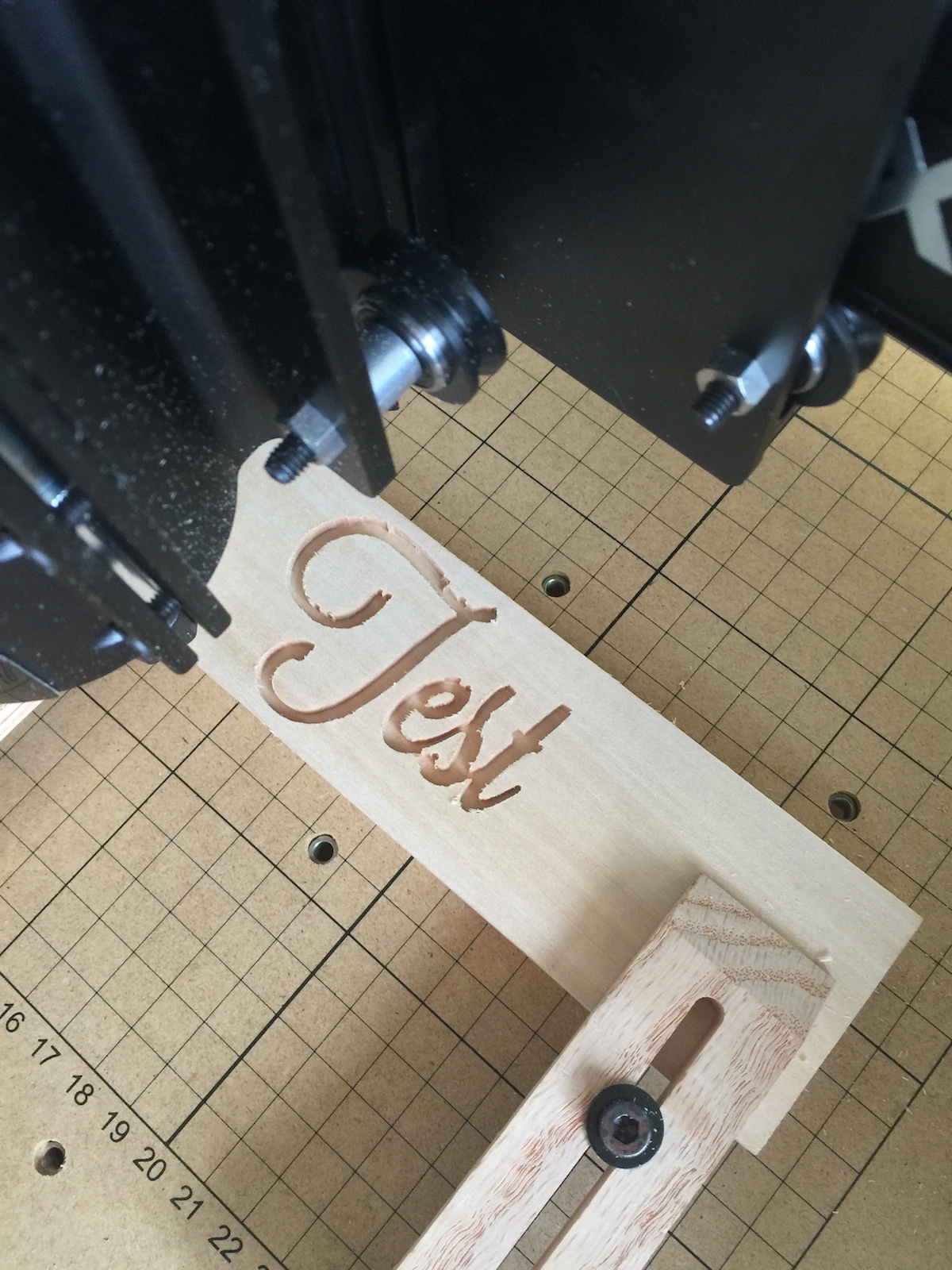 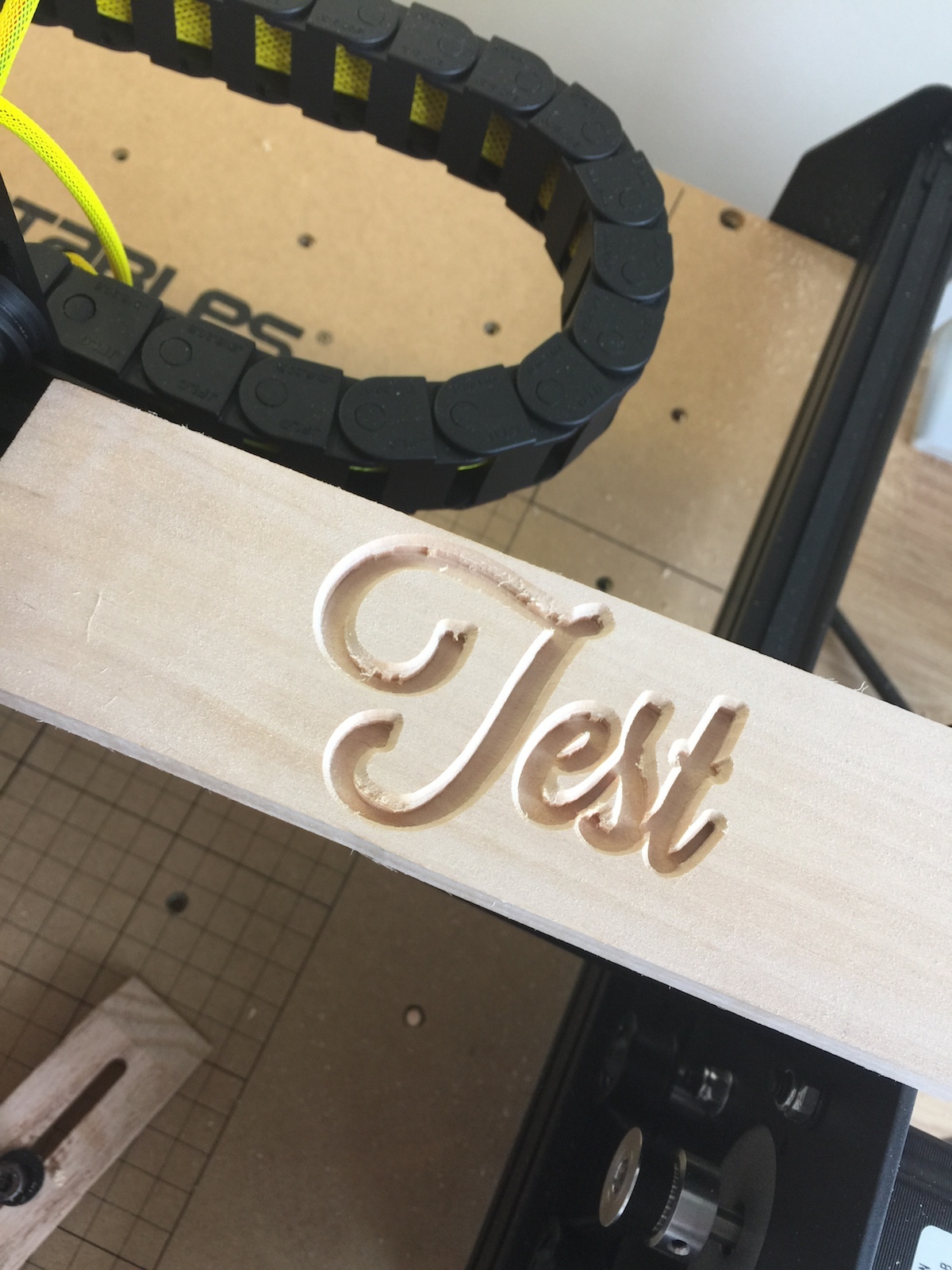 Looks cool! I’m curious about why automatic spindle control didn’t work from Easel though. It allows you to set the RPM to whatever you want.

Is basswood particularly soft / chippable? What “material” did you select in Easel?

(P.S. moving this topic to the new “Projects” section)

about why automatic spindle control didn’t work from Easel though. It allows you to set the RPM to whatever you want.

Is basswood particularly soft / chippable? What “material” did you select in Easel?

It looks like it didn’t work because I had the pins for the speed control and limit switches off by one. It isn’t easy to see in the pictures in the instructions, so I started on the left most pin, rather than the pin to the right of that. The PDF I found later had the pins labeled, so I got it right. Unfortunately I had already destroyed the Z limit switch. I’m waiting for the new switches I ordered before trying the homing and speed control again.

Basswood is pretty soft, has almost no visible grain, and is very straight grained. It used a lot for models. You can find it in all kinds of shapes and sizes at an art supply store like Blick. (http://www.dickblick.com/products/midwest-products-genuine-basswood-sheets/) It’s a lot harder and denser than balsa, but softer and more consistent than hardwoods like oak or maple. It doesn’t seem to chip very much, if it does, it is more like a split.

I used the feedrates from this site, which worked fine. (http://www.shapeoko.com/wiki/index.php/Materials#Basswood). It might be a good material to add to the Easel library, given how common and cheap it is.

Basswood is great stuff for detailed parts. If I had to give it a “hardness”, I’d guess it to be somewhere near pine, without the large variations between grain layers. The grain tends to be very dense and not sharpy defined, so cuts and soforth don’t tend to follow it. It machines very nicely with saws, sanders, knives, etc, and is very commonly used for carving for that reason.

I use a lot of it with my dad on our model ships!