Hey,
First project done, thankfully with only a few hiccups.
Coming here for a discussion on how to rectify these.
The name “Sophie” was designed in Aspire, end mill 3.175mm.
Wood was mdf 12mm.
Name was cut roughly 200x500mm

I figured the little knocks are because the router bit is too big to fit into the spot, but i cant figure out why it seemed to have jumped.

First pass was fine, then the second pass moved outside the original line.
Any tips?
The S also didnt come out very smooth.
Cut via easel (g-code) 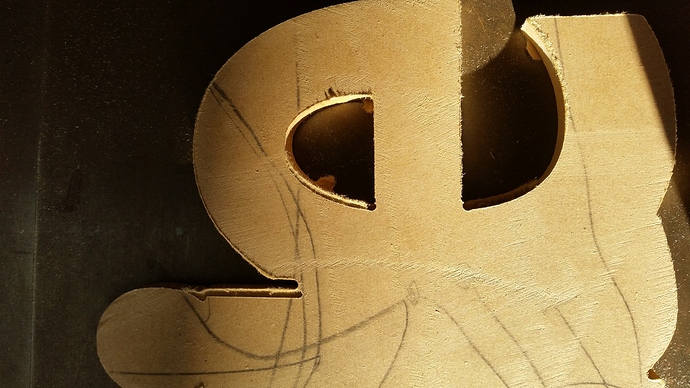 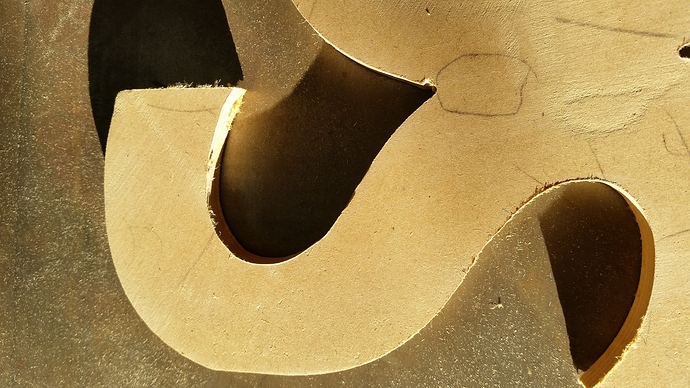 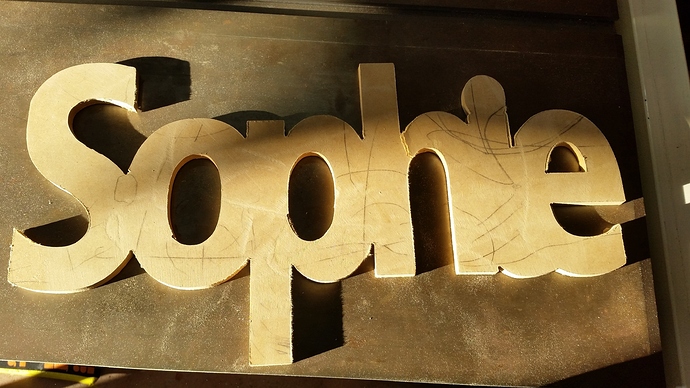 This is very usual problem.
There are few points you may want to pay closer attention.
You are losing steps.

When you feel comfortable with all these alignments; I suggest you to test drive on waste piece of wood first.
Arcs, circles and square tests are the key tests.

Also if your machine is not rigid enough, don’t go too deep. Shallower cuts, maybe couple more turns needed, but for sure you’ll have perfect edges.

Not sure if your using the dewalt router or what size your x-carve is but also check out the 30 minute stiffening mod.

Square, circle and star all designed in easel and cut at same time and as it got past each item the depth wasnt going as far, by the time it got to the star it was approx 1mm instead of 3mm.
Second circle was on its own through easel, jumped out of line, tightened the x asix belt.
Third circle is through aspire, gcode sent to easel and it cut perfect.
Im concerned about the depth changing as the design moves
Going to test design through easel and see what happens 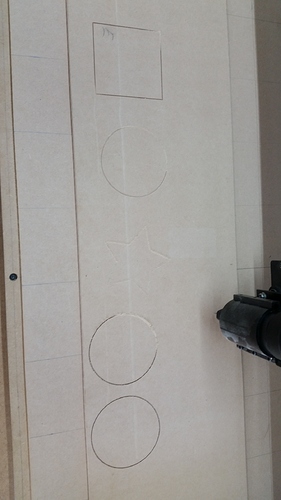 If the depth is changing, there’s a couple simple possibilities:

There’s other possibilities, like losing steps on the Z axis, but these three seem to be the most likely culprits. They’re also the easiest to troubleshoot.

Check the set screw on the z-axis pulley.

If you get a wasteboard cutter, you can level your wasteboard with the router. It’s something you’re almost required to do if you plan to cut hard materials like metal, since the 611 has to take passes of .1-.2mm. Running into a 1mm increase would almost guarantee a broken bit or other problems.