Well I started my weekend with great ambition to start the first detailed carve using Easel. The image was taken from the internet and because I am still trying to figure out the best way to convert an image to a grey scale I just imported it into into Easel and carved it out. 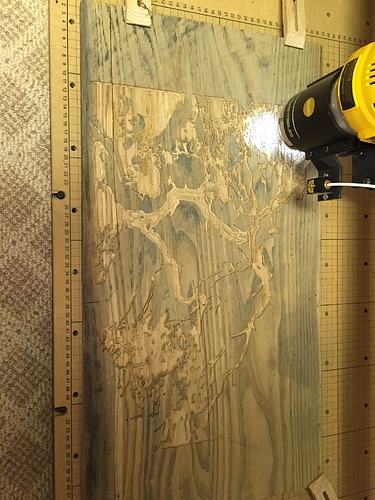 Sorry your carve results a bit abstract for me to figure out what you were carving.
Was it a map?
Or a tree in front of a mountain?

What photo were you originally working from?
What went wrong?

If it was an actual picture I am guess that you needed to make a negative of it?
As darker = deeper?

Ok, it carves. next step is getting it to carve what you want, where you want.

Keep plugging along. with every attempt, and each failure you willlearn something that will help you at a later date.
Most are small things and you dont realize that you picked them up until you catch yourself using the knowledge and some are real bulb-above-the-head-lighters.

It is supposed to be a tree and i used a photo off the internet (Seen Below). I ran a less complex carve this evening and around 80% the step motors began to jump again. Throughout the carve I continuously aired off the gshield and v wheel track and all was going smoothly then the step motors in the y-axis randomly skipped. This has happened to be 3x now. Is it not enough power to the step motors on the y-axis?

Also, What is the process from taking a photo as below, turning it black and white then converting it to a vector? From there can I simply import it into easel? 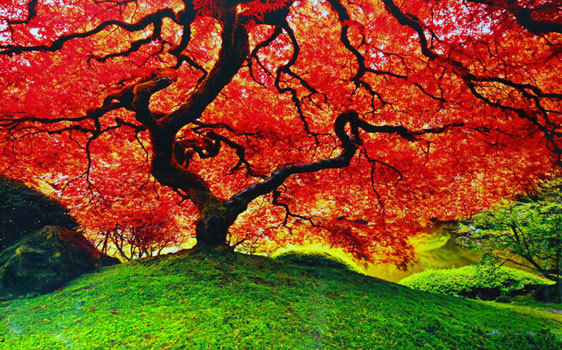 Below are from the carve tonight and you can see where the steppers began to slip causing the whole thing to ship and be ruined. 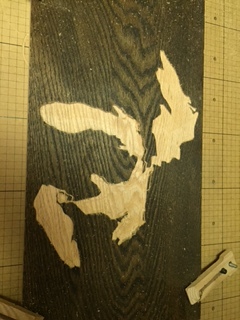 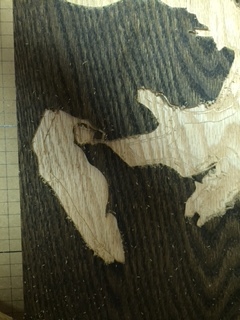 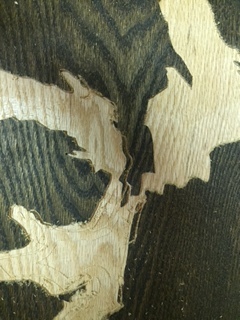 I know one big issue I had with the steppers skipping after the machine had been running for a while was the gShield drivers overheating. One of the best mods I did was to hack up a heat sink from an old Dell and use thermal adhesive to glue them on top of the drivers. I am now able to run the Potts almost maxed out without issue.

Do you have a video or instructions you went off? I feel like this is probably my issue because both times this happened the unit had been running for a few hours.

I think i need to make a few adjustments to the belt tensions and mess around with the step motor voltages slightly to get where i need them and where i want it, but this sounds like it may be apart of the problem as well.

Another annoyance i have been seeing is the dust which covers the step motors and belts on the y axis…has anyone come up with a solution to prevent this? Understand I still haven’t make my dust boot, which i know will help significantly.

I don’t. I came up with the idea myself after having burned my fingers on the drivers

. I can grab some photos for you if you like. I also included links to the components I used below. For the heat sinks I just measured the driver chips and cut them to size with a hacksaw and cleaned them up on a bench grinder and wire wheel. You can get ones that are already the correct size but I like the tall fins. Take note however I do not have my electronics in the standard enclosure from inventables. I am also using an 80mm pc fan for cooling. As for dust on the steppers and V wheels the best option is some acrylic strips placed along the y axis makerslides. Most people combine that with the y axis stiffening mod. You can find info on that in this post.

Used my x-carve to cut out some notches in my dust shields for the y-axis support brackets so they will sit flush against the makerslide and further increase the rigidity. [image] [image] [image] 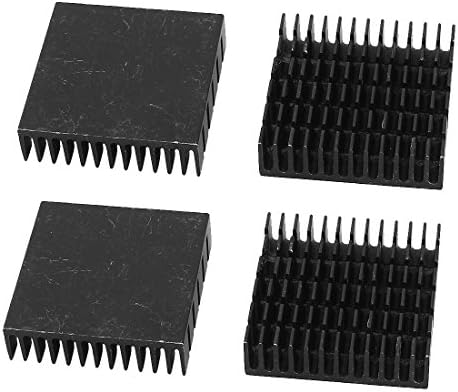 Use heatsink adhesive glue to install heatsink .Glue is not included here. Please check the specification table and make sure that the size of the heatsink fits that of your component.

re: Another annoyance i have been seeing is the dust which covers the step
motors and belts on the y axis…has anyone come up with a solution to
prevent this?

Robert, I used some clear plexiglas stuff from the home store along with some small angle brackets. I’m sure cardboard or plywood would do just as well. I also covered the wind blast from the bottom of the router with a small piece of plastic. 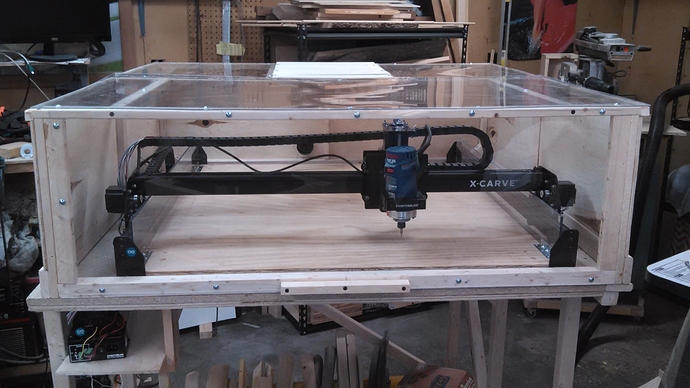 I would love if you could provide some photos of how you placed the heat sinks. I have had problems with my z-axis loosing steps after a period of intense z activity. I pushed the pots up in thoughts it was inadequate voltage without improvement but finally backed them down to .8 (1.6V) and it seemed to improve so I think it is an overheating problem.

I’ll see what I can do. I won’t be able to grab them today but I’ll see if I can swing by and get them tomorrow afternoon.

Sorry about being unclear but I measured at each point. I pushed to 80% of the max amperage of 2.8V for the NEMA 23 motors without improvement and then dropped to 2.18V, , 1.9V and eventually to ~ 1.7V when things seemed to improve. I did assume that the fact that I had no Z drops until 30 minutes or so of intense Z activity was indicative of overheating.