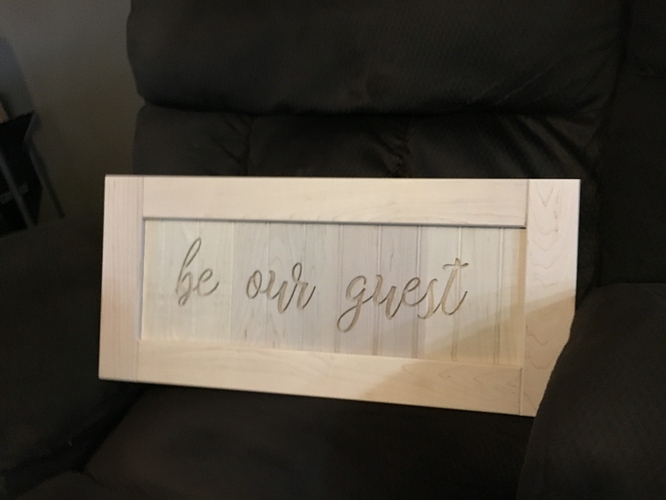 Nothing too complex involved but learned a lot. This was a cabinet shop reject door for $5. Gonna put some stain and color the letters to finish it then list on my Amazon store.

Instead of a new thread, I figured I’d update this. This sign has undergone a couple of transformations and it’s taken way too long. I have a tendency to take a bit longer to finish projects at time (I just got most of my security cameras up after buying them last November).

First, I tried to stain it. Turns out the framing wood was different on the four sides so it took the stain way differently and even more different than the beadboard surface. That wasn’t going to work. Plus painting the way too deep letters didn’t actually show the detail because it was getting quite a bit of shadowing due to the depth.

So the next plan became let’s paint it and experiment with an epoxy inlay. After way too long, the board was painted with a white chalk finish paint and today we poured the epoxy. We’re using the EasyCast from Michaels with some drops of metallic acrylic paint for coloration. Took about 4 ozs of epoxy to fill it in (way too deep of a carve…this was the first carve that motivated me to actually change my Z axis and not wait anymore…just took a while to do that). 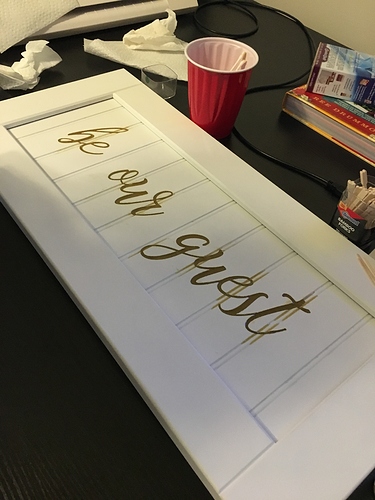 The beadboard provides a seepage channel for the epoxy so we’re cleaning that up and trying to minimize. I’ll go through with an xacto tomorrow after it’s set up more and trim it down.