Show us a screenshot of your Fusion part.

I recon you have the modelled part flipped relative to the work coordinate system (WCS)
Make sure that under Manufacture/Setup/Setup that blue arrow (Z) is pointing up (blue, to the sky), I recon your modelled part show it pointing down: 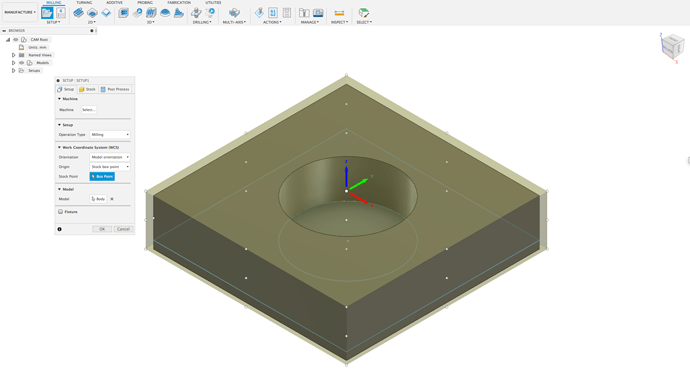 Also, if you click the BoxPoint (which is your work zero) can be moved to any of the small “white golf balls” showing. (Center top point shown)

Here is the picture of the milling path and coordinate system. It looks like it all points in the right direction. When I simulate it in Fusion 360, it goes through all the right paths. In the NC program, it has the counter sunk holes on the back side. I ran the NC code through my system with no stock loaded and, sure enough, it cut the holes and then counter sunk the down side. That would have made the holes the same size as the counter sink. Really odd. I tested the G code file with Easel and with Universal Gcode Sender with the same results.

Thank you so much for looking at this! I am a computer engineer and am not used to the mechanical side. 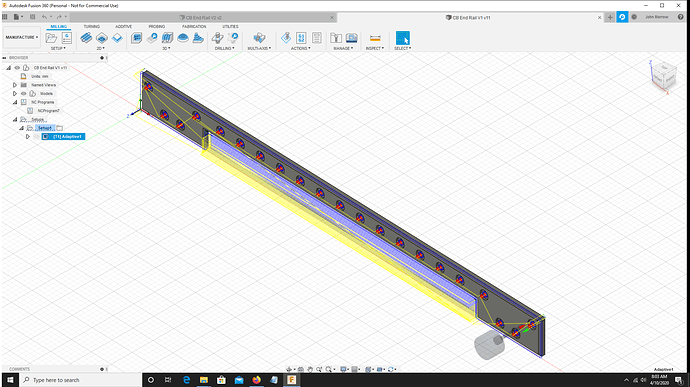 Of course! I should have done that in the first place. I am a bit frazzled. I made a few changes so am including the Fusion file and the generated NC file.

Thank you so much!

When you say it’s flipped, are you calling that on the Easel preview? I don’t think your endmill can get into the holes. You’re seeing the ramp and the couterbore.
Try reducing your helical ramp diameter to 2mm. With your current settings, the diameter prevents a toolpath generation for the through hole.
If you’re open to it, I’d recommend using a bore operation for the holes and countersinks.

Sorry for the brief answer…I can help more later.

EDIT: @JohnMorrow
Your preview with toolpaths as you had them. (Looks like couterbore is on the bottom, but it’s actually correct. Holes aren’t milled) 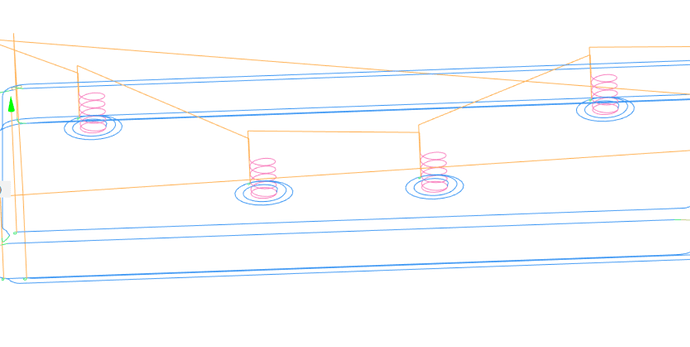 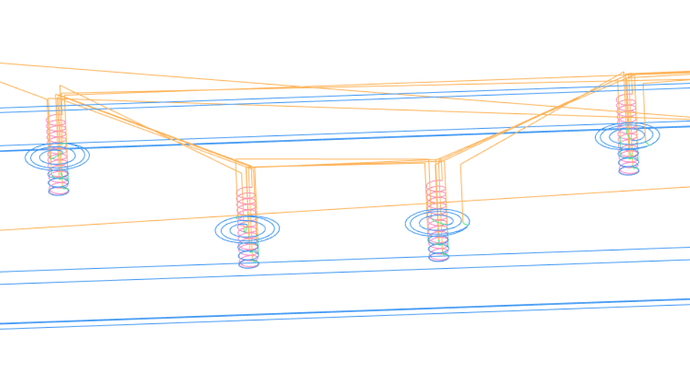