[Found em!] AURG! Self Tapping Screws... where are you!

Everything was going smooth on my build today (xmas eve) until i got to the Gantry section. When i opened up my 1000mm rail kit i don’t see any self tapping screws

Are the self tapping screws somewhere else in the kit?

I found them… DOH! They are in the core components box not with the Rail Kit

… Santa should probably lay off the eggnog while building.

@BrianM sorry for the stress on that!

I actually thought my dog may have eaten them… since he had his nose all over the rail kit while i was cutting the bubble wrap off.

looking for the bag

Quick tip: I suggest using gloves when you are tapping the holes. Some people reported it was hard on their hands. Also be sure to use tapping fluid.

I didn’t have any Tapping Fluid so i used some Corrosion-X i had laying around. I also used a large folding hex set and they went in like butter. I think the large/thick hand grip on the hex set gave a little better leverage then the T-bar handle wrench i tried. 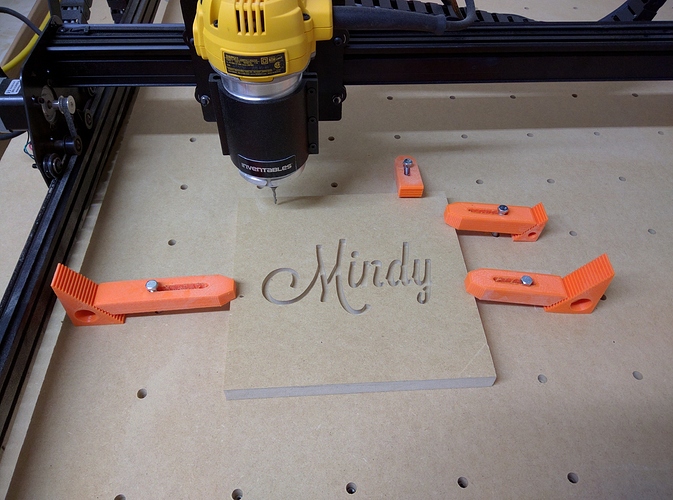 I should be able to try out some fancy vcaving tomorrow to give it a real test.

Funny you say that. I got a horrible blister, that got aggravated over and over afterwards doing other things. It’s still scarred after 4 months.