So tonight I’ve been playing around with various cad/cam software to try and kinda see what is available as an upgrade from easel.
My 2 goals were:
The software had to be free or low cost.
I’d like to stick with sketchup for the cad side of things.

So after a few hours of googling, I had downloaded a bunch of programs, seeing what worked and what didn’t etc.

My conclusion was this:
Create the 2D model in sketchup
Export as a dxf file
Open that file up in Cambam free
Map out the tool paths
Export as G-code
Load the g code into Universal G-code sender
Visualise it, if it looks all good then run it.

I flashed the G shield code onto my arduino and loaded it up inside of Universal G code Sender, the software connected to the arduino fine, and you could see the arduino blinking as it executed the g code so I assume that once I recieve my x-carve it’ll work.

If anyone has recommendations as to better free software, or potential areas that may be problematic, please let me know.

Instead of using makercam you could try importing the SVG file into Easel.com

“SketchUCam is a free plugin written for the Google/Trimble SketchUp CAD program that allows the creation of Gcode to control your cnc machines and bring your SketchUp creations into the real world!” - from readme

This plugin allows you to export g-code directly from SketchUp. Here’s a few youtube intro to the plugin:


It was originally called PhlatScript:


Installation and more info in the link above.

Awesome thanks! I’m struggling to scale/size stuff accurately in easel, I need to try it more but I can’t change the machine size so everything I want to do I’m unable to preview or anything

The Inventables team just released support for larger work areas in Easel today. This thread shows how to increase the work area in Easel.

What kind of issues with the sizing did you have? Did you use the precise positioning tool? (“Shape” tab of the cut settings menu, see image.) 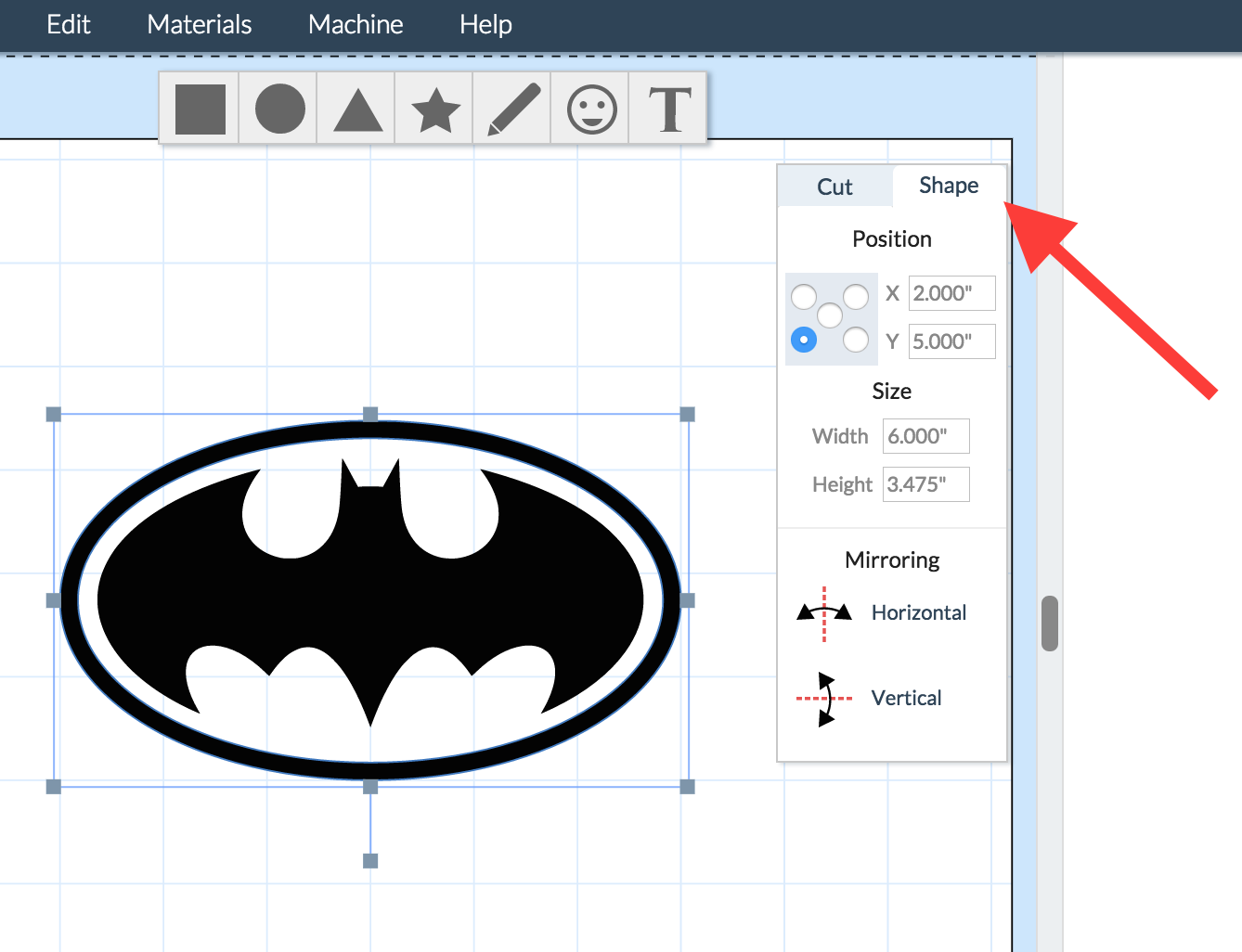 Maybe have a look at Fusion 360 from Autodesk (fusion360.autodesk.com) - it’s got some 3D modelling tools as well as 3 axis CAM with a post for Shapeoko built in (which I presume will work with X-Carve) - if you’re doing non-commerical work, it’s free…

I’m excited to give Fusion 360 a try in the near future as well, but my understanding is the license is not quite that simple. Reading on there web page a while back, it is free for up to a year, but only for start ups and students. If someone knows differently, please correct me, I’d love to start tinkering with it, but right now I’m going wait until I get a machine to use it with.

I don’t think that’ll change and you just renew the non-commercial licence when that year is up (I did just that a few months back). I’ll ask tho.

I’ve used it to drive a few desktop CNCs (particularly the Roland machines). Makes for a nice workflow

Off the wall answer…but I use the Cubify Invent software. It’s $49 and it is ‘supposed’ to be used with the 3DS line of 3D printers. (I got mine free when I bought one a few years back). I don’t use those printers anymore but I still use the software.

I like it mostly because it’s a stripped down CAD system. It’s great for when you just want to jump in and make a quick bearing or mounting plate. It outputs in OBJ or STL…which is a downer for some but since I’m mostly a 3D printer user it’s fine.

Take a look at Onshape.com. I believe it will be the future of CAD. If you own SolidWorks, HSMWorks is a free 2 1/2D Cam add-in with professional capabilities.

I’ve played with OnShape a bit it needs a couple things before its actually functional for me (sketch blocks and dimension referencing). Does it have CAM capabilities?

I found this a few days ago. I have not played with it much but it looks promising.

form•Z free is a great way to start exploring the power of design with 3D solid modeling. This version has no restrictions for professional, academic, or home use. With form•Z free you can quickly create your own 3D solid models that can even be 3D printed. The models can also be presented using sun studies, real time rendering effects, sectioning and dimensions.

form•Z free features a subset of the tools found in form•Z pro and form•Z jr with the same easy to use dynamic interface. form•Z free uses the faceted portion of the solid modeling engine found in form•Z pro. The solids data format maintains an accurate representation of 3D models which is ideal for 3D printing.

form•Z free includes a self guided tutorial, on-line manual and a series of youtube videos all help you get started using 3D modeling.

Fusion 360 has 2 problems for me… 1, its used online; therefore there is a higher risk of virus aquisition - I leave my workstations completely off the internet. 2, the free version demands that models you make are shared. I suspect that the fine print says that they own it in exchange for using their software for free and they choose to share it with everyone (my own unverified suspicion). In some circumstances, thats fine with me but when I do custom workfor a client I would like to be able to guarantee that it is a one of a kind piece of art.