The night before we had a game (World of Darkness: Vampire) and I thought it would be nice to try to make up something to use a prop or decoration. I played around with the VCarve software, creating one of the game’s symbols and trying to come up with an idea. My wife asked if I was going to make it in metal. I had not considered it, I did not really have a plan, but once she brought it up I had to try.

I kept playing with vbit settings to try to bevel the edge - but it was not quite doing what I wanted. Someday I want to upgrade to Aspire so I can do actual 3D modeling.

The morning of the game I started carving. I wound up making 3 different versions.
A 3D printed version in glow in the dark, a wood version with beveled edge and a basic aluminum version. 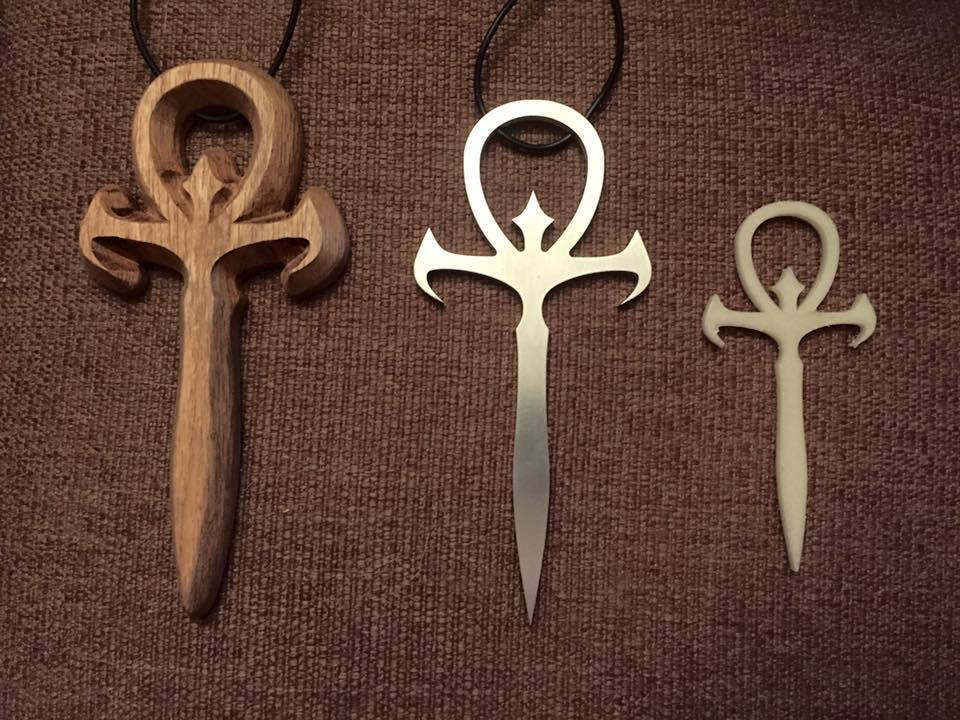 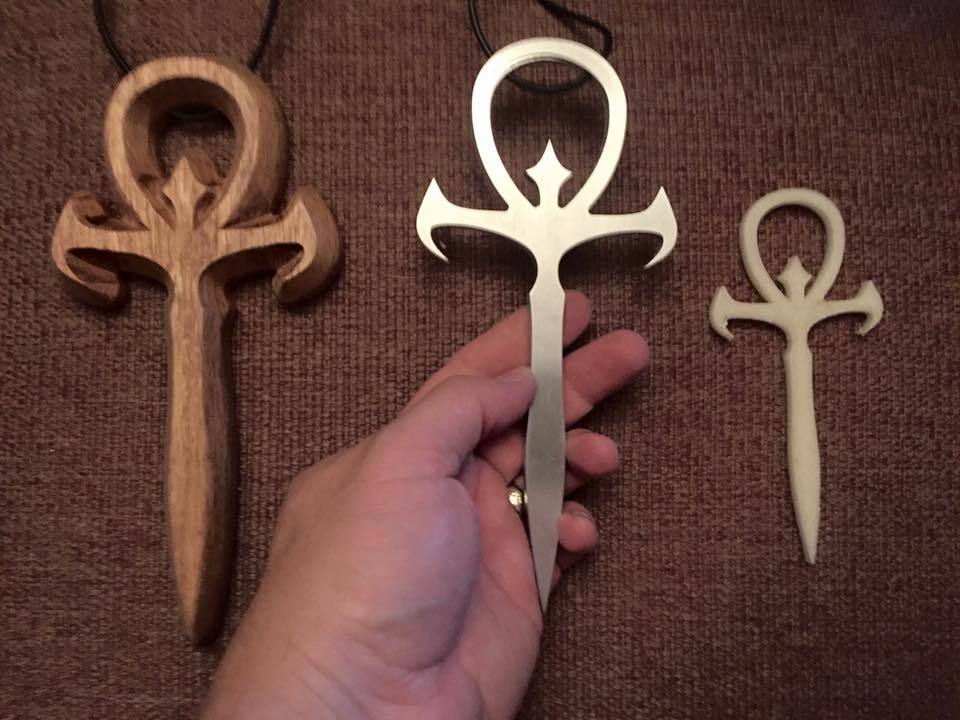 The wood was a bit thick and the transition from the VBit carved edge did not quite line up with the profile cut, so there was a bit of a seam. But a some work with the belt sander took care of it.
I would like to remake this in a thinner version. Someday I will get a bandsaw and planer so I can re-cut stock thinner, it would have been handy for his project.

I had a multiple problems with the aluminum one and I had to scrap the first attempt after a bad jam caused it to loose steps and gouge the part. But thankfully, I didn’t break any bits!

I made 3 major mistakes:
First, there was a bit of metal missed during the rough cut that the final cut passed through at almost fill thickness. It was a small piece of metal so it didn’t break the bit, just caused things to jam, slip and miss steps.
Unfortunately when I attempted to re-home and restart it was still just enough out of alignment to screew up the print.

Second, I had the wrong bit selected on the final cut so it was cutting too fast (single flute as opposed to dual flute) . Fortunately, I spotted it moving too fast and stopped to correct it before it could cause problems.

Third, my waste board is not perfectly level so when I started the second attempt it was cutting too deep on the top. Not by much, only about .5mm but enough that it was cutting more aggressively than was good. I re-homed the bit on the higher area and everything was fine after that.

Aluminum is not a forgiving material, but the more I work with it the better I will get.

I would like to revisit this project, add some texture or detail to the basic shape. But I am real happy with how they all turned out!
I am also happy with how I went from idea to finished object in a day

Nice job, it is great when you go from idea to part! Keep playing around with settings on the aluminum, you’ll get it dialed in.