Getting a bit frustrated here

Alright… a couple weeks ago some of you helped me out with some issues I was having on some of my carves. I was having a problem with missed steps and several of you told me to adjust my voltages to my stepper motors, which I did. After that I did two larger carves, which is what I was having problems with, the smaller ones seemed to be doing fine.These carves turned out beautiful. So it seems the adjustments I made fixed my issues.

Over the past couple of days I’ve attempted a repeat on one of the designs and again am starting to have a problems with inconsistent steps. See pics below.

Are these machines really that temperamental that I willhave to constantly be checking and adjusting voltages, belt tensions, etc.? Or is there something I’m just missing here? I was happy after the last two carves and thought I finally had everything dialed in, only to ruin two large pieces of material yet again.

Any feedback would be greatly appreciated. 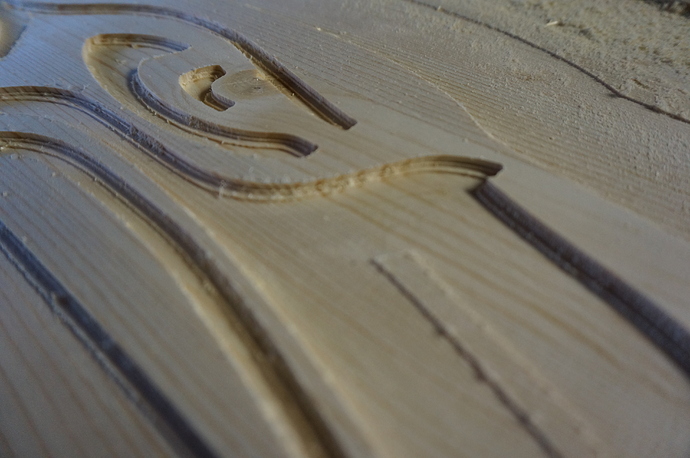 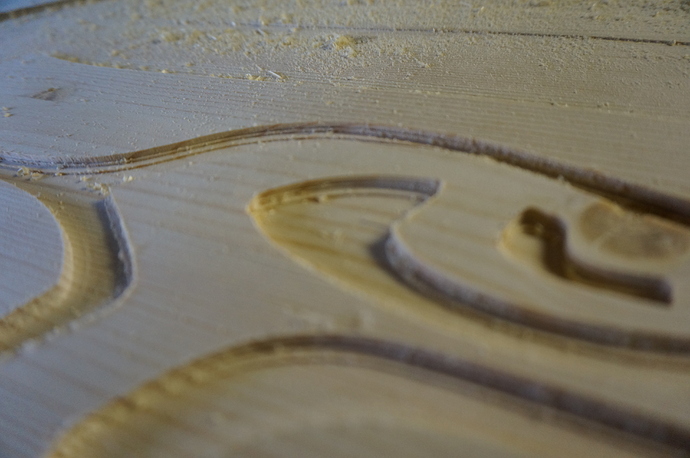 Vibration can loosen everything up, I just got into the habit of checking everything before I started cutting.

Also, as far as voltages and adjusting the pots…Once I had mine correct, I’ve never had to readjust them.

so can i assume if i ran two large carves (over 60 hours of carve time) that my voltages are optimized? In my mind I’m thinking YES…

It looks like you are losing steps gradually over time. This can be from not enough power, overheating, or the eccentric nuts or setscrews on the pulleys loosening.

First I would use blue loctite on the nuts and set screws to make sure they are not vibrating loose.

Try running some test jobs on scrap material to see if you can reproduce the issue to help pinpoint it’s root cause. Try jobs at higher and lower current but in between each one only turn the POT 1/10th of a turn so you can dial it in to the right level.

Circle pockets are good tests because they keep both motors moving.

[edit]
Does a specific axis appear to be worse? The Y axis has 2 steppers on the 1 stepper driver so I would focus on that one first if it appears to be the one skipping steps. It also has more work to do.

The missed steps seem to be on the x axis, the design is 25" x 16". the 25" length running on the y axis. When i look at areas on the carve where y stops and the bit travels along x, the cuts seem perfect. And when you look at the cuts in the pics, all those missteps are running parallel to the previous depth cut, the bit travelling up and down the y axis.

I ran two cuts before this later problem, the same size designs and over 60 hours of cut time, came out perfect. Can I assume the voltages to the steppers are optimized because of that?