Now this really is a stupid question but is there a way of opening up the screw connectors on the Gshield?
I attach a picture which shows the aperture available to fit the five wires (which include the 3 limit switch wires)when fully open…and it just isn’t big enough. It was a tight fit to get just the zip wire and fan wire in there! 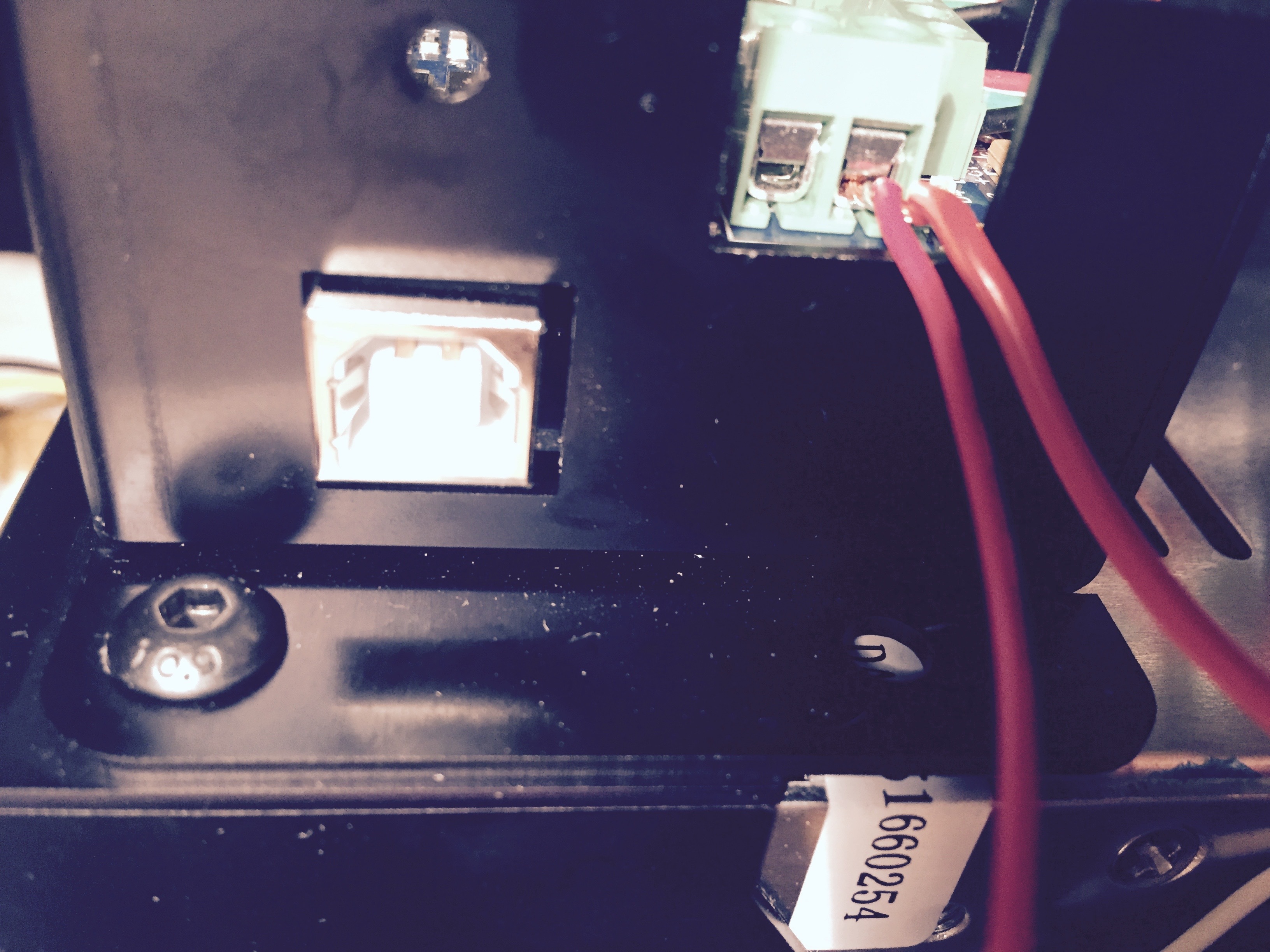 Looking at the picture of this step in the "Electronics " section, the opening appears much bigger
When I turn the top screw anti clockwise it just clicks and spins and the picture shows how far it opens.

I only needed PIN 7 for ground for the 3 limit switches. I ignore the ground wire from the instruction for the spindle control since that one already has ground.

I route all the wires from the back. 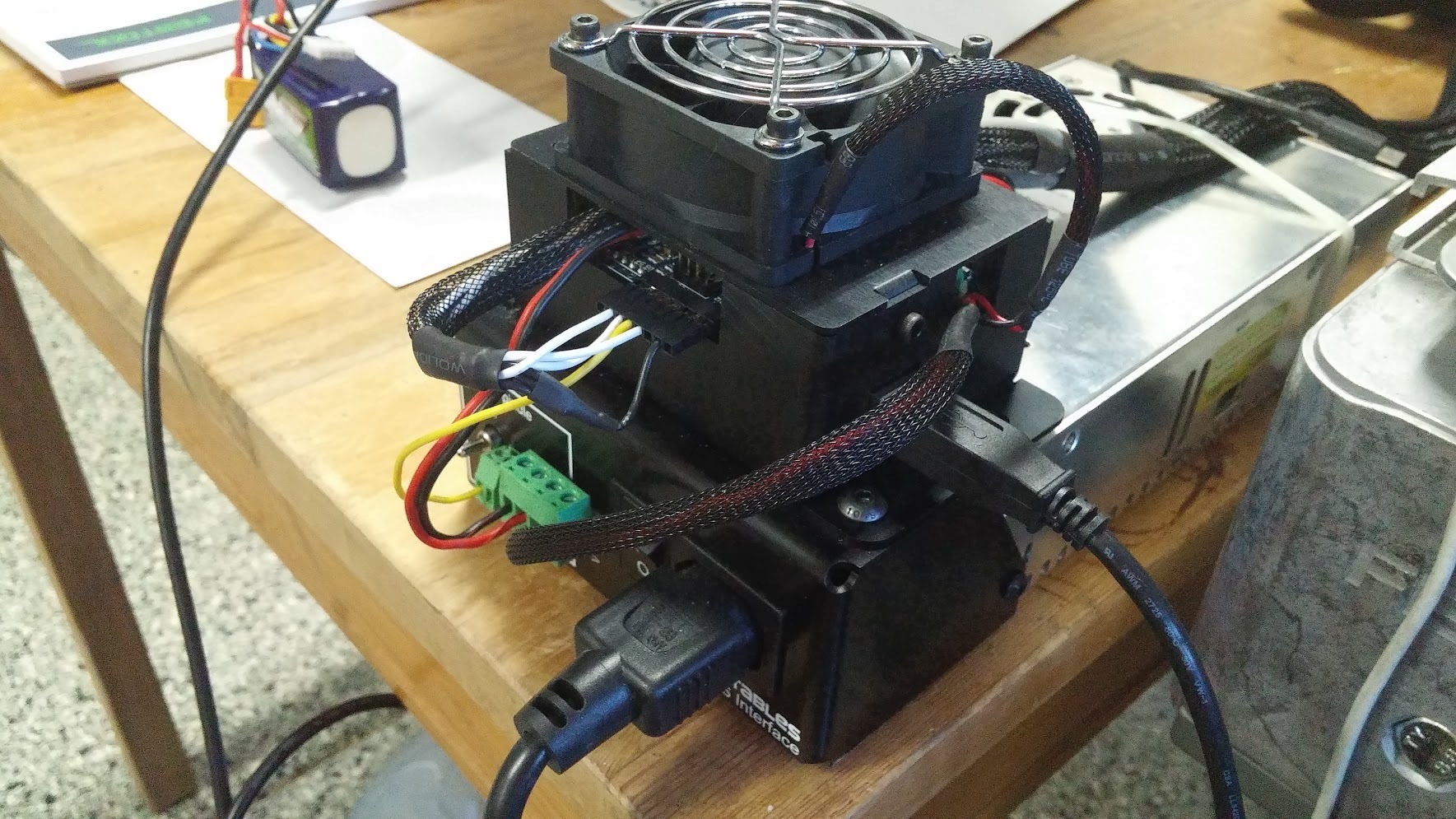 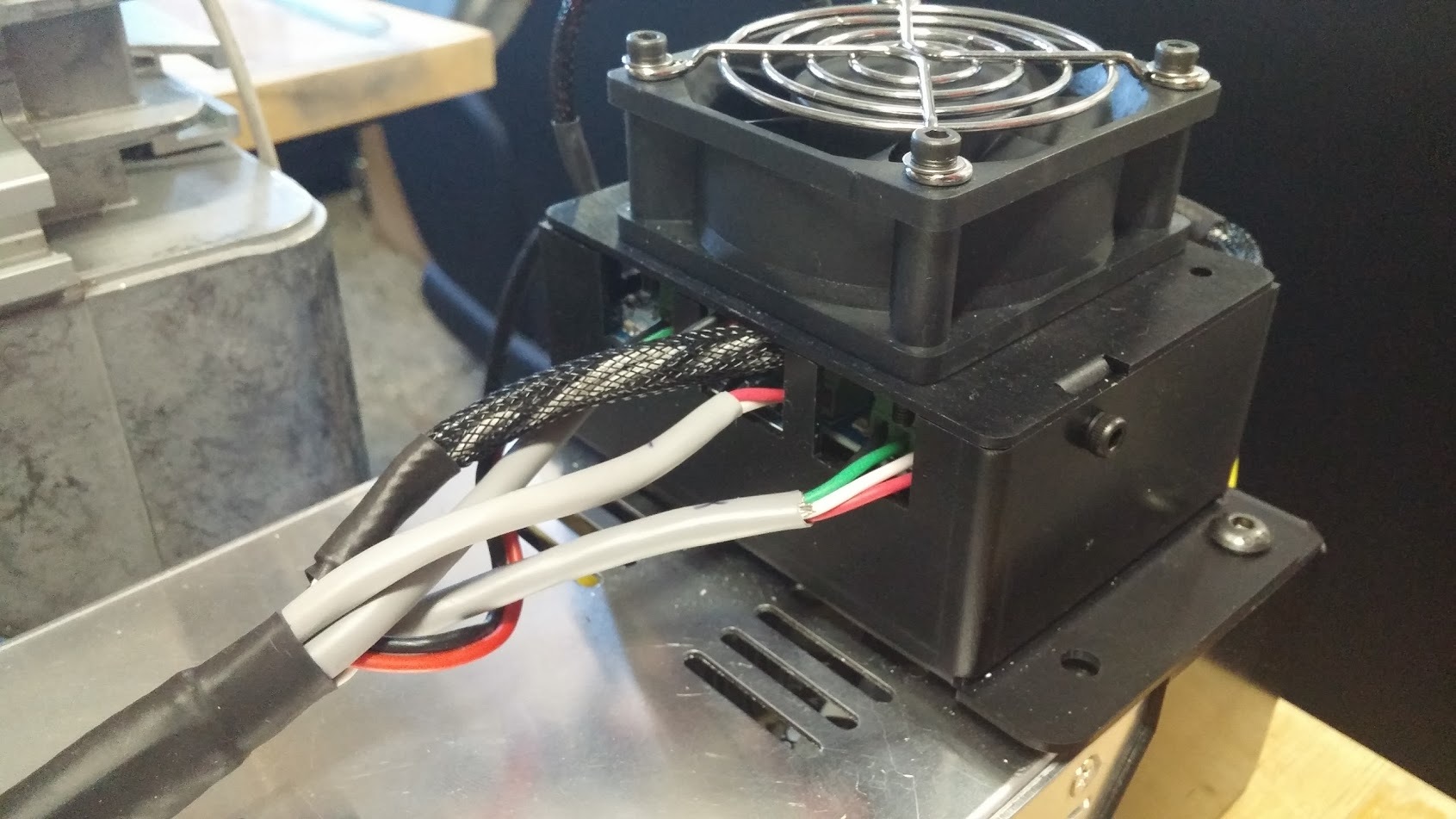 I did a pigtail of sorts. Soldered all five wires together with a single coming off, I’ll try an post a photo later tonight. Works great!

It might not be super clear, but I have all the ground wires soldered with a pigtail off and then heat shrink! Works great! 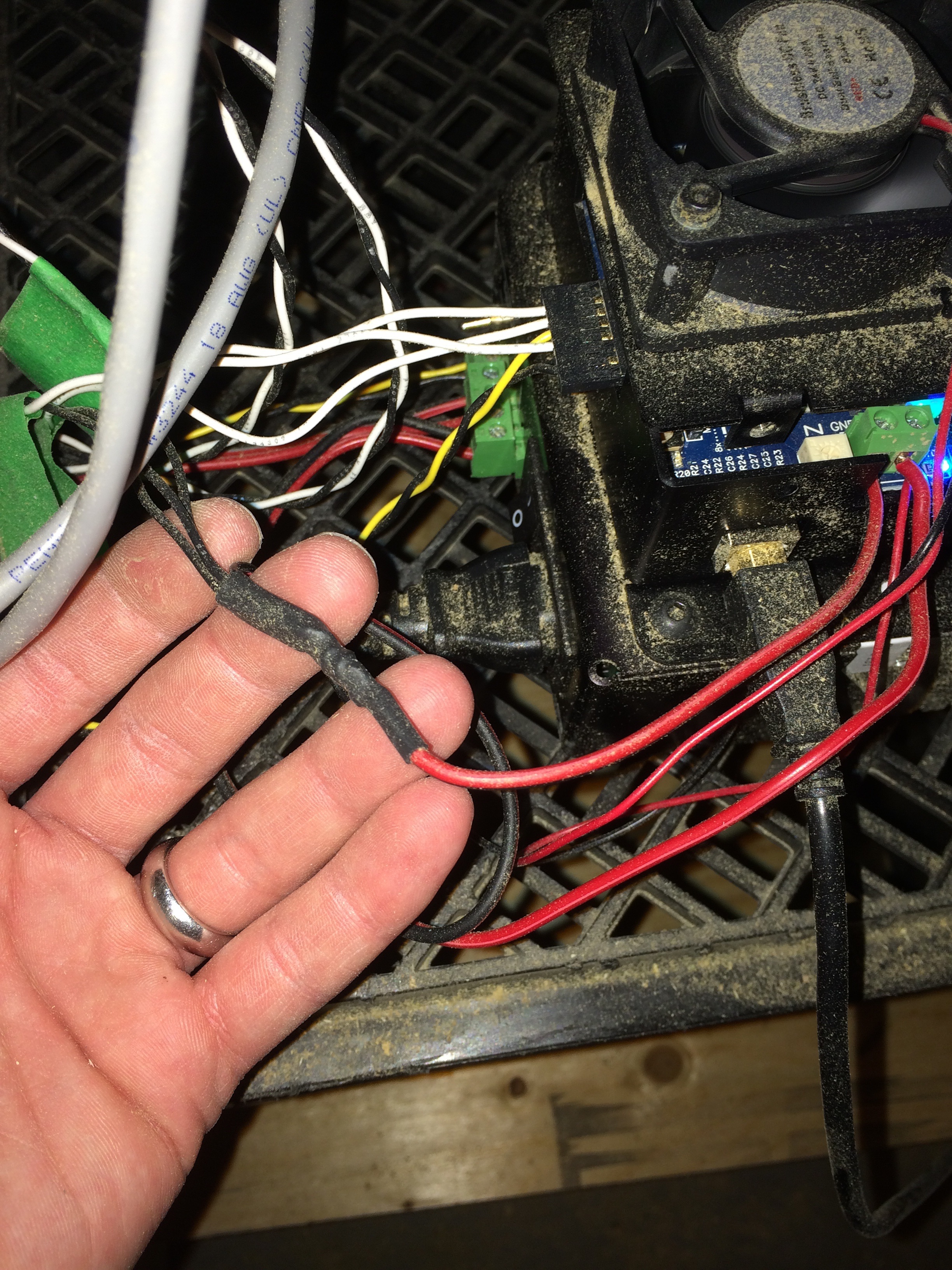 Take a small screwdriver and stick it in the opening to bend the tab back up. If the screws are tightened down, without any wire installed, the tab will stay bent in the closed position. As also mentioned, use a slight higher gauge wire and pigtail the five wires into one.

A little hard to see here, but the 4th terminal from the end has all the grounds crimped together on one terminal, 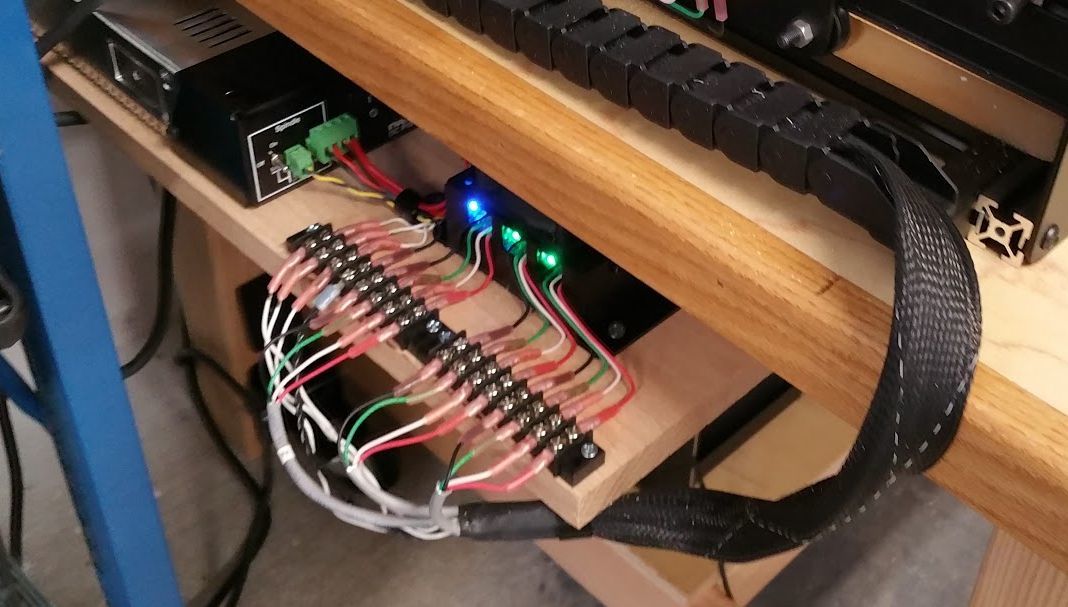 Francis, LarryJ, DallasP thanks for the input.
It is really interesting to see photos of other users set up. I have been slavishly following the instructions especially re the electronics which is an area that I had not previously dabbled in.

I had been musing on the pigtail solution and think I will go down that route to start with. The terminal seems a bit flimsy to attack with a screwdriver but I’ll have a (gentle) go at that also.

I did it just like you came up with, I soldered all the ground wires together, and added to them a ~4" piece of spare wire, then heat-shrinked the joint and fed that piece into the terminal. Worked great!

I did the same thing, soldered them all together and brought a single wire to the terminal.

I used a pigtail at first as well, but eventually just bought another terminal block and jumpered one side of it so that I could have easy access to a common ground.

This is what my plan is. I wanted to get the machine up and running, and then i’m going to clean everything up and make it all neat!

I installed all of my electronics in a box I mounted on the wall beside my SO2. To keep all of the grounds organized and at matched ground points, I used loops on two 12-position barrier strips. The strip on the right has all of my power supply connections (48v, 24v, 12v, 5v) with their respective grounds strapped together (the green wires you see looped). I ran a jumper from those grounds over to the adjacent barrier strip to keep all signal grounds at the same potential as the power side. 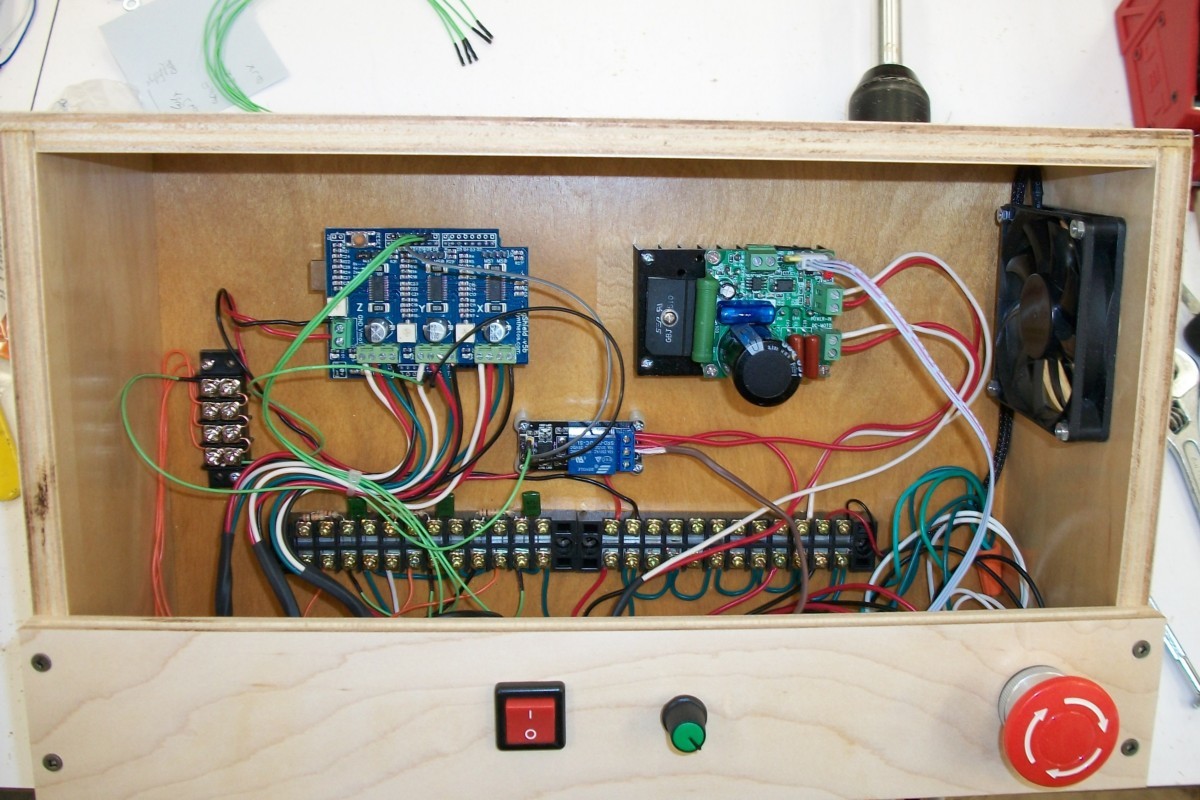 I decided to install a 0.1" pitch terminal block in place of the right angle header that is included with the kit: 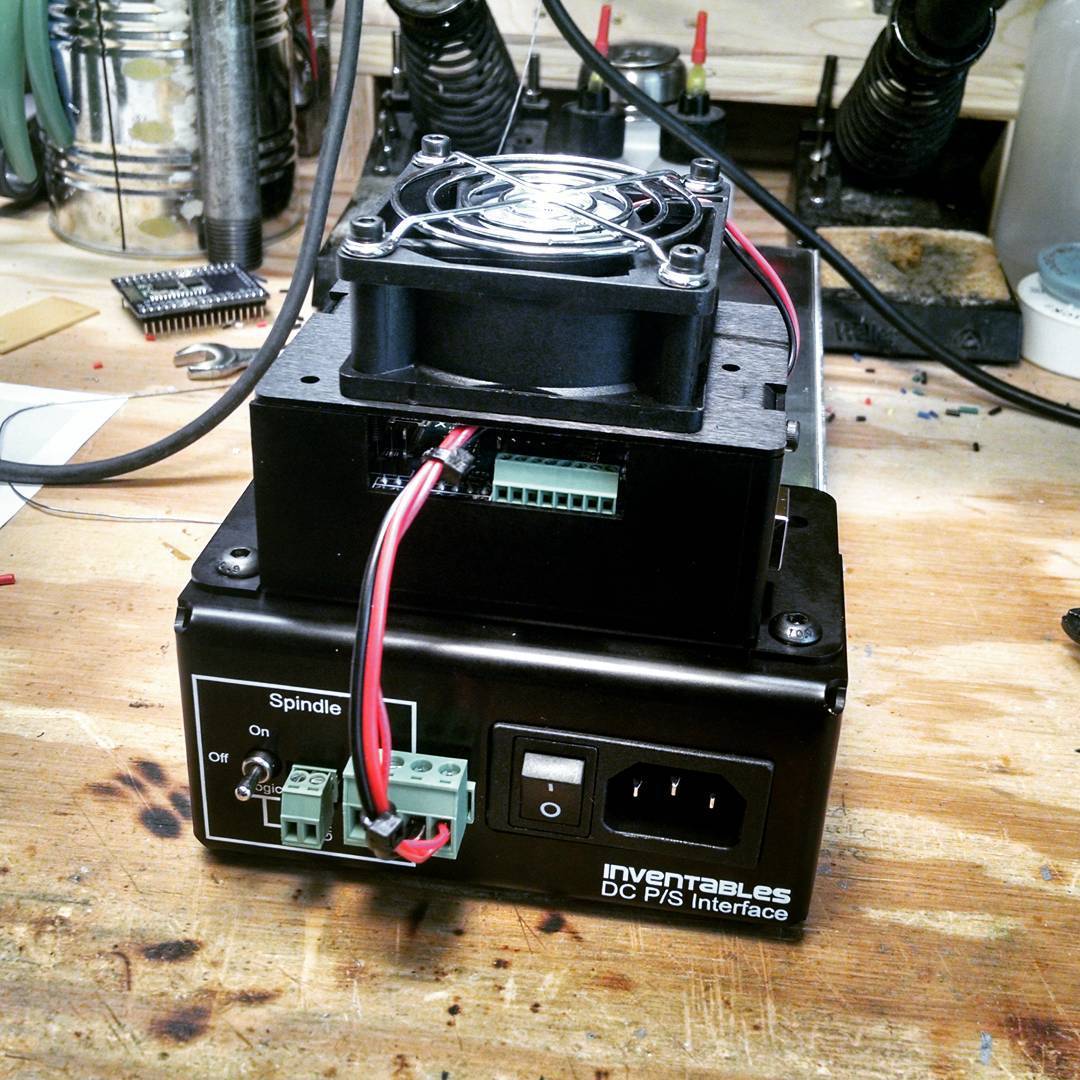 I have one video up on some electronics upgrades where I cover the installation of this terminal block:

Jason,
Neat wiring (and good video). Having got my X Carve assembled (and working

) I am tidying up the wires which did look like a pigs spaghetti breakfast. I crimped horseshoe connectors onto the wires going to the terminal blocks and it looks a lot neater and easier to spot any loose connections.
I like your improvement with the right angle headers, the supplied connectors are too flimsy and is an area i need to rework.

YES! The terminal block is a great idea! I have mine set up bone stock, and because of this I crushed my Z homing switch since the header socket can easily come loose.