Have you upgraded your Z-Axis?

This thread is for those of you who have had your X-Carve for a while, and have upgraded your Z-axis. Did you simply go with wider belts, or did you increase the functionality of the Z-axis by making it taller? I’ve read a lot of threads about options for the Z but confused about the materials the upgrades were made from. Some materials appearently last longer and work smoother. Which parts did you use and are you happy overall with your upgrade?

Robert, how long have you owned it? Is this the one you bought? 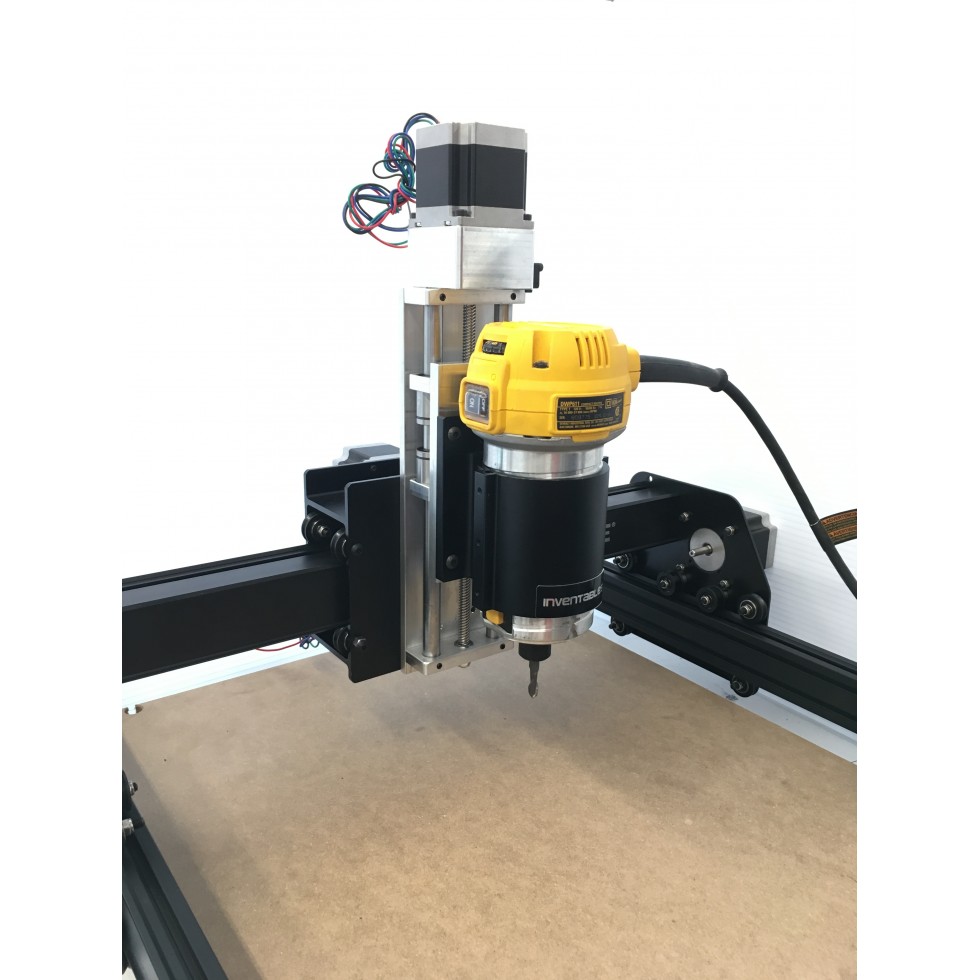 How much travel did you choose?

I also updated my z axis to a linear z axis that I bought off eBay. Def worth the money. My belt kept slipping or the tiny set screws would come loose (before using blue loctite). Had it over 6 months and never had an issue

I also updated my z axis to a linear z axis that I bought off eBay. Def worth the money.

Sean which vendor did you buy from?

Options on CNC4Newbies vs Z Axis Slide on Ebay

I ran with the stock z with success for a long time but finally upgraded. I have one of the slides from @KyleKronyak. He designed it here with feedback from the forum. Definitely a good product and well priced for what you get, all while helping out a fellow forum member.

I’ve got the Microcarve linear Z axis. No problems yet. Totally worth it. I had some Z flex and Z depth issues and they went away with the switch.

I opted for the Cnc4newbie slide. Couldn’t be more pleased with it.

A 12 pound linear slide on an xcarve? Any issues with the weight? Even with the new x rail (and a router hanging on it) I would be hesitant.

I did the cnc4newbies Z axis, love it!

You guys are awesome! THANKS for all of the input. I really appreciate it

The one from cnc4newbies has an option for 8 inch travel. If you have the room, is there any down side to getting that one except for the added cost?

They also have an option for a 1 inch longer front plate. What’s the advantage of that, and when would someone need it?

The one from cnc4newbies has an option for 8 inch travel. If you have the room, is there any down side to getting that one except for the added cost?

The Z-AXIS is only supported on one side. Because of that, you’ll introduce considerably more torsion with small increases in height, resulting in more strain on the X-axis beam. If you’re actually planning on cutting that deep, you’ll have to source extra long end mills which are expensive and have their own issues. If you just want to carve on top of thicker stock, you’re better off increasing the height of your X-AXIS or cutting a hole in your waste board.

I replaced mine with a 250mm c-beam and taller y plates.

Also direct drive is the way to go.

I agree 110%. Half of the reason why I’m so interested in upgrading the Z is because I want to get away from the insanity of the belt. I was surprised to see the Z slider that was belt drive. I’m not sure why a company would design an upgrade for the Z and then keep the belt. It’s like designing a new sports car, and then putting a pull start on it like a lawnmower.

I went with the micro carve one before the CNC for newbie 1 came out. I wish I would have waited. The linear bearings on mine are failing as a lot of people’s with the microcarve 1

I was reading about this in another thread. Apparently they epoxied the bearings in. Really poor design.

I will eventually be swapping mine out for the 7" travel Fastpitch model by CNC for newbie.

Phil I looked on their website but did not see a Fastpitch model. Do they still carry it?

Thank you for sharing! I have a question though: don’t you need to raise the horizontal bar that moves along the Y axis in order to be able to work on taller objects?

I always see 1" and 2" lift plates mentioned. Why aren’t taller lift plates ever used? Is it because they would bend if not made much thicker?

I Ibought lift plate lift plates from charley and then mounted them on 20 mm x 80 mm extrusions for a total lift of 8 inches. I also have two of the original 5"x 6" Newbie carriages with A makita 700 router on one and a Hitachi M12VC on the other side. I measure 002" of sage in the middle when I moved the Hitachi to the center but none with the Makita centered. I have absolutly NO sage or deflection on either the X or Y axis 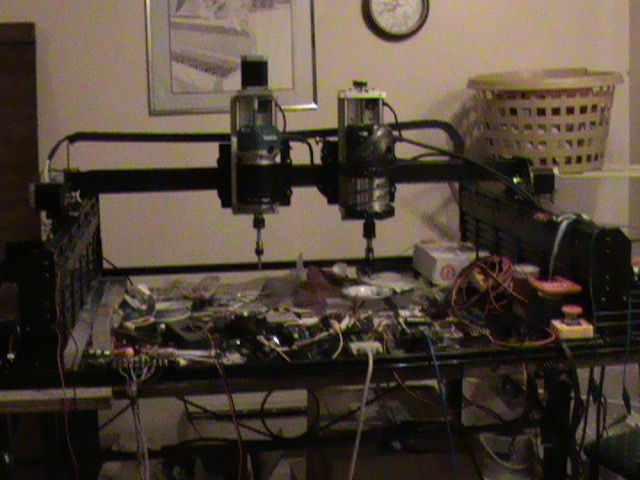 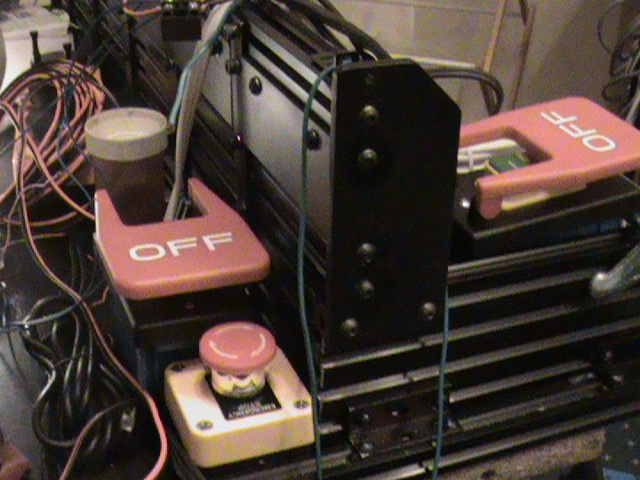 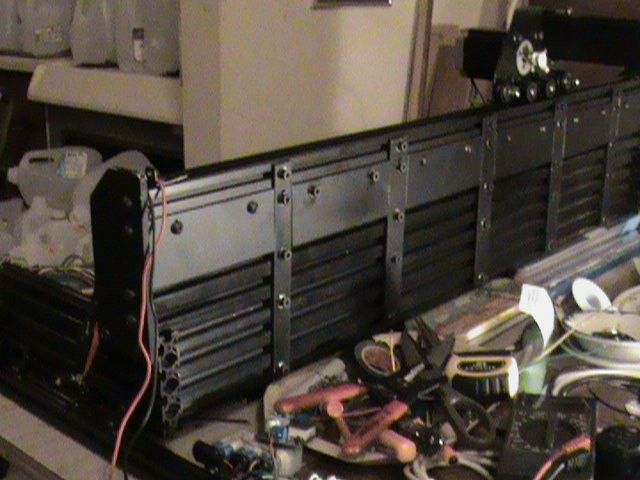 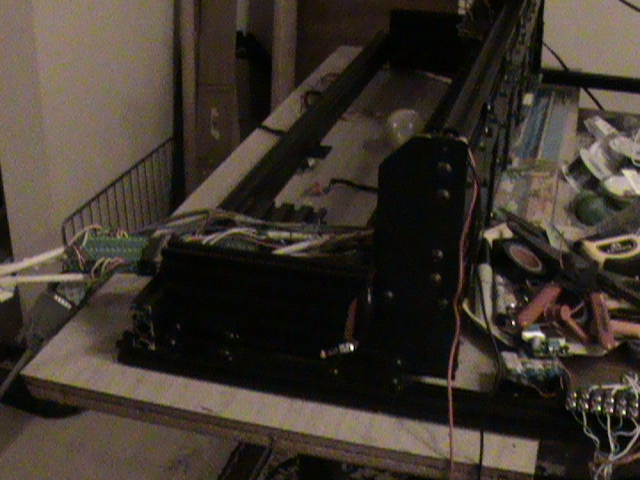 Excuse me, I meant to say minima sagl on the X and No flex on the Y.

I totally enclosed the Y axis simply because I got a great deal from Open Builds for the extra extrusions. I measured the Y axis with just the vertical braces and still didn’t have any sag.I added the inspection plates just so I could fill in the last gap and totally enclose the work area It cost more to build but I built it over several months. My design was specifically designed for the use of fixture plates, vacume table and an “A” axis(rotory) axis.