I’m new to the Carvey (and CNC in general) and had a lot of trouble with “fuzzies” when cutting 2-color HDPE. I was using 1/16 and 1/32 fishtail upcut tooling using the default feeds & speeds. But when I changed to downcut tooling, there was a vast improvement in the finished quality. I know this has been seen before on the forums, but I wanted to share some photos of the differences I found. Hope this helps someone in the same position I was in. 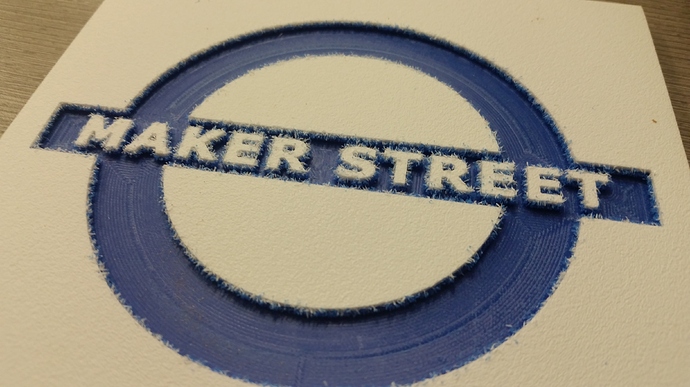 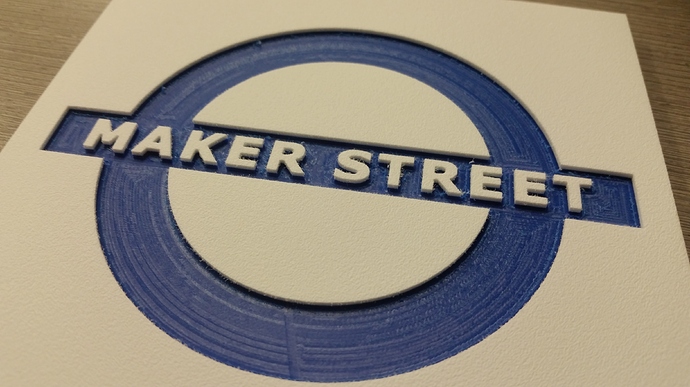 Great pictures! I’m almost exclusively using downcut bits. I use them on wood for the same reason. I cut inlays and the downcut bit leaves a nice clean pocket without any pullout on the surface. For the inlay itself, I reverse the image so the top surface of the inlay board is the part inserted into the pocket. This leave a clean edge for insertion and I don’t have to do any post cut work to the inlay. I also cut plastic sheets to make Prankyz with a downcut bit.

I think the only thing I use an upcut bit for anymore is metal.

quick question. Would use of a V bit help? I have never tried it and I have not had any HDPE to cut to test that.