I’m a drummer. When I play I like to wear hearing protection, and often times I like to play along with music. But, I’m always misplacing my cans, or leaving them on the drum head and the cord gets tangled, etc. So, I decided to make a thing: 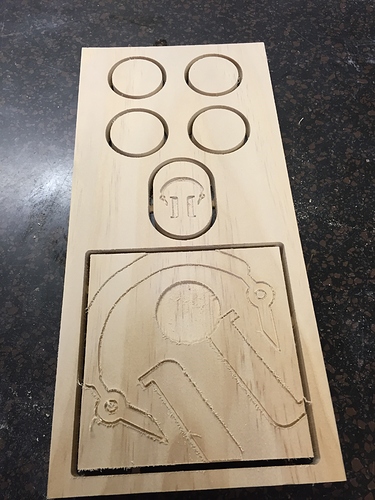 The engraving outlines were quite rough. I think I used a dull bit by accident. No matter, that bit has since broken.
I changed the tab placement and thickness here, so there were only 3 tabs on the circles, and 2 on the oval, and the ones on the square were moved but there were still 4 of them. (weirdly Easel thought it would be awesome to put the tabs in the corners of the square).

Here are the pieces after being cut out and sanded. There’s still some roughness in the channel on the square, and try as I might I couldn’t get it out. There was a lot of chattering while it was being cut. Let this be a lesson, don’t use dull bits!!! 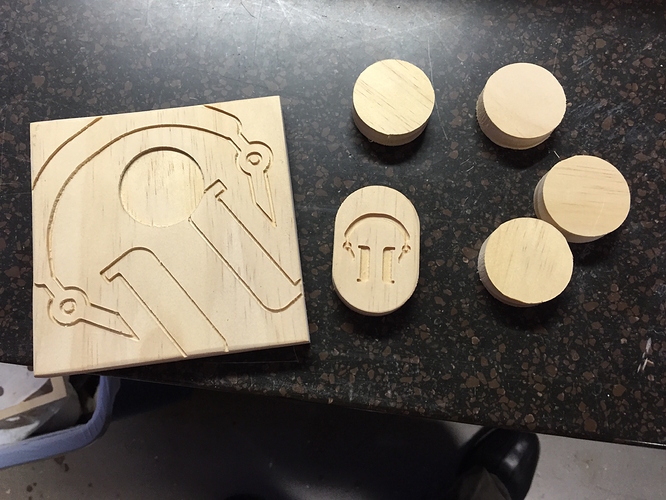 Next we have the glue-up for the circles and oval, making the ‘hook’ part. This first one is before sanding. 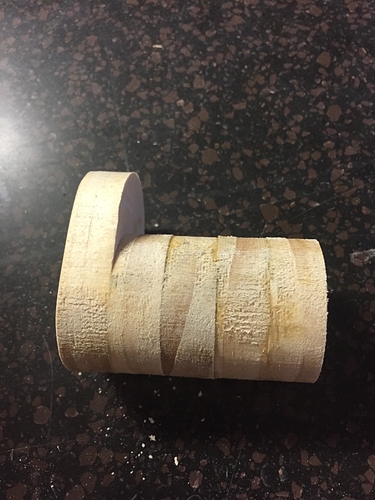 And this one is after sanding down to 80-grit. I took everythingto 220 before gluing and staining. 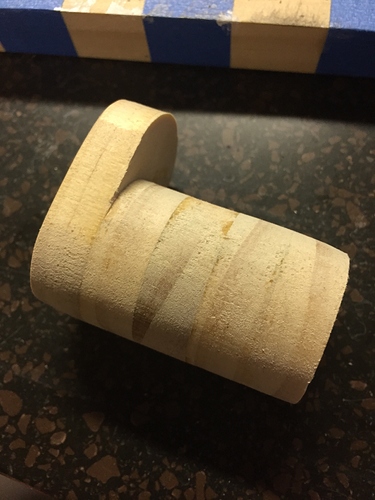 This is after 1 coat of stain. I dabbed stain into the channels with a sponge brush. I used Cabot Midnight stain with sealer. I’m not a huge fan of the stain+sealer but I need to use it up and the look was appropriate for my room. 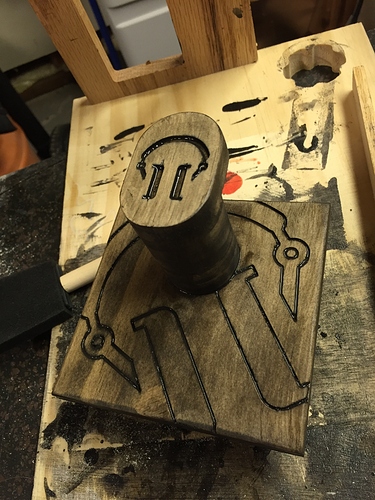 And this is after 2 coats of stain with 00 steel wool rubdown in between.
After the stain dried I piped in some brass metal flake enamel paint. It was very messy but I know from prior projects that it shrinks as it dries, so once it pulled back below the plane of the wood I just used a paper towel with some thinner on it to get the top clean. The sealer in the stain didn’t seem to be affected at all by the thinner. 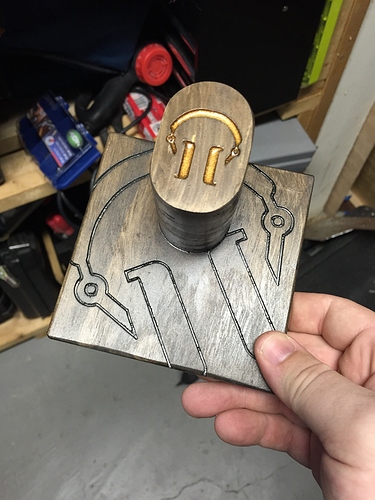 And here’s the piece at home: 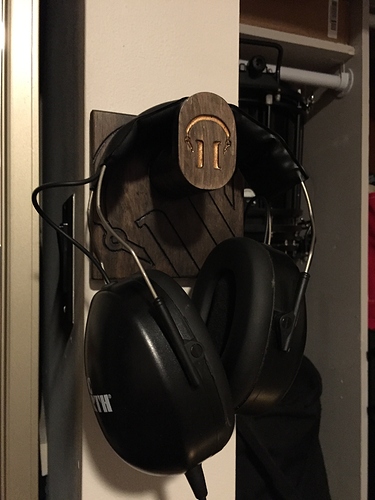 Looks great! What kind of wood did you use?