HELP! Bit drags during carve... something wrong with z-axis?

I’ve had my x-carve for a few weeks now. I got it all assembled and it worked pretty good the first few test runs, but now I have had the same issue with the last 3-4 carves I’ve done: it seems the bit does not lift up high enough when moving throughout the pass and it drags across the entire work area (see photos). 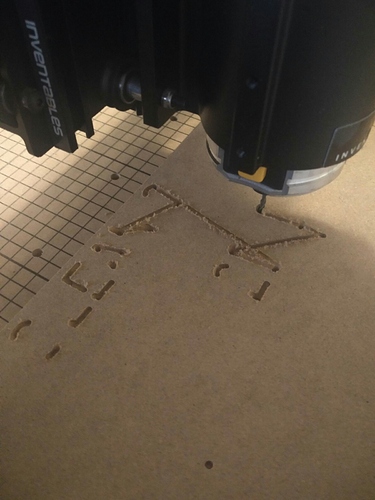 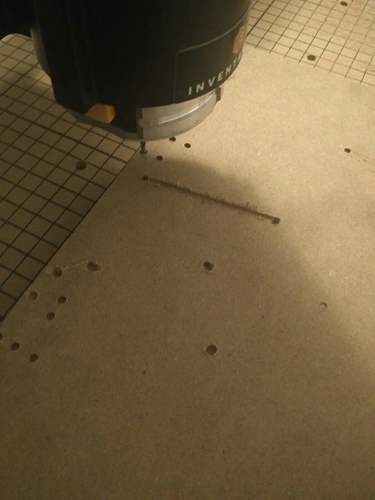 I thought maybe the bit wasn’t in the collet tight enough or maybe it was too low, but I removed and refit it and then tried again – same problem. I double checked the width of the material and followed all of the prompts from Easel before the carve. The bit was touching the surface of the wood (home position in the bottom left hand corner) just before the carve, and then Easel raised it slightly before I turned on the spindle and hit “carve.” The initial movement and the first few cuts worked fine, but then it started dragging the bit and I had to hit e-stop. Has anyone else had this problem??? My dad took a look at it and he thought maybe the waste board was warped, but I couldn’t tell. I am so anxious to create some cool projects and it’s super frustrating to keep having this issue! Please help!!

Check the set screws on the pulley for your Z-axis. They may be loose or missing. This is usually the culprit.

Thank you, Neil!! I will check it out tomorrow and report back. I know one of the tiny screws did fall out at one point during assembly – luckily, I saw it and put it back promptly before it got lost. There is a good chance it’s loose though. Thank you so much for the suggestion!

If so, reinsert and use blue Loctite or other thread locker compound.

I think you are right… Of the two holes in the pulley, one of them is missing the tiny screw

I’m going to continue to look around for it, but if I can’t find it, do you know where I can get another one? It’s so small I probably sucked it up on the vacuum…

I recall reading about someone finding theirs in the slot under the X/Y-axis belt.

They’re small metric thread. You should be able to buy an adequate replacement at your local hardware store.

I’d replace it with a screw with a head on it. Just make sure it’s long enough to reach the shaft, but not too long so that it interferes with anything.

A quick word of warning with those using the stock Z axis: too long of a screw on the ACME pulley will cause it to hit the bearing retainer screws. I used 8mm screws and every stepper pulley was fine but the ACME pulley was not. I ended up changing the bearing retainer screws to be shorter to use the M3 socket screws. You could also use a shorter M3 screw for the pulley.

Thanks for the info! You have been so helpful!

Just wanted to let you know that you were 100% right!! I went by the hardware store and got a replacement screw, along with some blue Loctite. I held my breath and ran a test carve and it worked PERFECT!!!

No more dragging at all. I can’t believe that tiny screw made all the difference.

You tha man, Neil. Seriously. Thank you SO MUCH!!!

I experinced that same issue on my first carve job and determined that one of the set screws was missing and the other one was loose. I replaced them with longer set screws for a more secure fix

I’m also having this problem, but unfortunately I have tightened the set screws and double checked V-wheels. Though I don’t know exactly how the V-wheels should be.

Hey mate I’m having the same issue, can I be a pain and ask if you could take a photo of the screw you replaced?

Hey mate I’m having the same issue, can I be a pain and ask if you could take a photo of the screw you replaced? 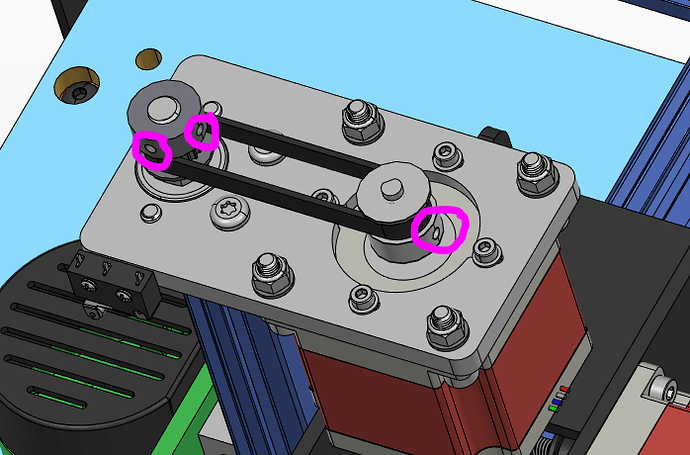 Thank you! I’ll try and find those screws and replace them with locktite . Also while looking at my machine it appears you have a space in between the pulley above the motor. My xcarve does not. Was that something you added?

So I’m having the same issue with the bit dragging. It actually starts dragging about half way through the carve. I’ve tightened the two screws circled in the picture but I don’t see any others to tighten? 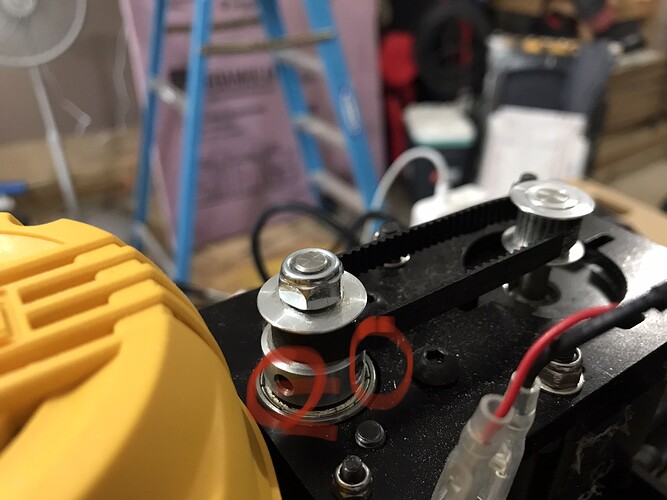