I’ve been asked to help out a local neighborhood boy with his eagle scout project. He’s working on some signage for various plants in some community park or something. Anyone know what might be used to make something like the attached picture? Like some sort of two ply plastic where I could x-carve through the top layer to expose the other color and that makes the sign? This stuff seems harder than the hdpe sold by Inventables, though, I think. 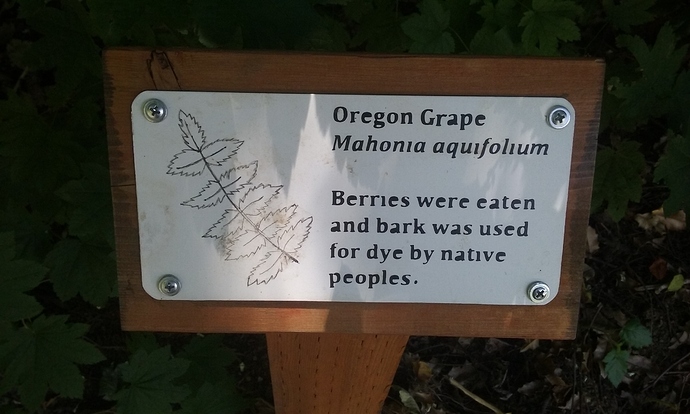 It looks to be metal card powder coated white mounted on a piece of wood. The lettering looks like vinyl that’s aged… possibly peeling off. The image of the plant looks hand drawn with a marker… maybe a Sharpie fine point.

Why don’t you want to use the two color HDPE? It is perfect for outdoor signs

Any time I have machined timesheet of HDPE, there is a ton of fuzz and such. That’s not a material I think of when I see a sign on a trail in nature.

Alright, so how ismcleanup done on hdpe? I once did a vcarve sign with a brand new sharp bit, andnthere were so many little bits and strands and such that I had to pick out with a pair of tweezers. It took about an hour for a small sign,

What RPM and feed rate were you using? 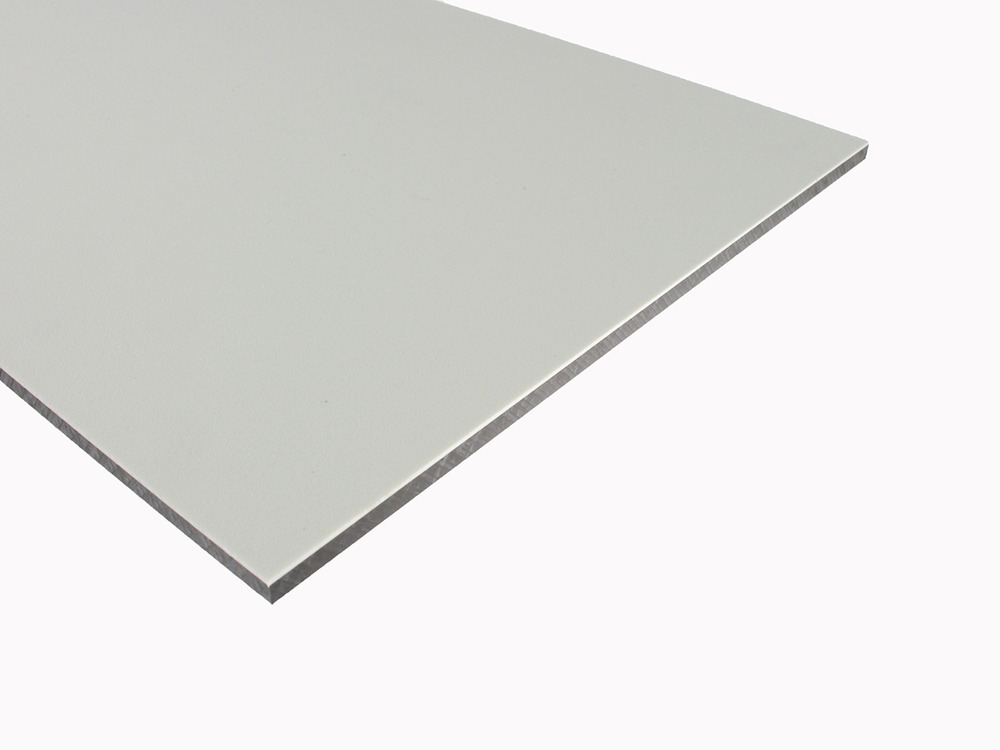 Textured sheet with layers of contrasting colors ideal for engraving

RPM was certainly just number 1 on the Dewalt, whatever that is. Feed rate I’m not sure, though I’d guess 30 in/min. It was a couple of years ago.

You can feed a little faster (40 in/min) but your settings should not have caused the poor finish you got. It sounds like the bit you were using may be the problem.

I guess I’ll give it a shot. I’ve actually got a few sheets of that stuff laying around already, so might be worth running some tests.

Any time I have machined timesheet of HDPE, there is a ton of fuzz and such

I use 2 color sign acrylic plates frequently (1/16") and V-bit. to get rid of the fuzzies I run a second pass at full depth of previous cut which basically get the fuzzies out of the way. During first pass the plastic heat up a little which leaves the fuzzies, the plastic cools down between 1st and 2nd pass and the material clears better.