This is a 30"x30" sign made for exterior display from a rough 2"x12" cypress which I planed and jointed, then joined and glued into this shape. I designed the logo in Aspire (if you can call using Aspire’s included 3D dove model “designing”) and made a couple of test runs in particleboard before cutting this one. It is shored up in back with 1x6 cedar framing the edges. It took about three days to rout the finished sign, and then came a lot of touch-up work with a Dremel.
My material costs:
Cypress - $80.00
Cedar - $20.00
Particleboard - $40.00
Router bits to do the sign - $60 (probably shouldn’t be part of the price, though)
Hours of labor: untold hundreds, including design time on Aspire

The new owners will do the painting. What is a reasonable price for this sign? 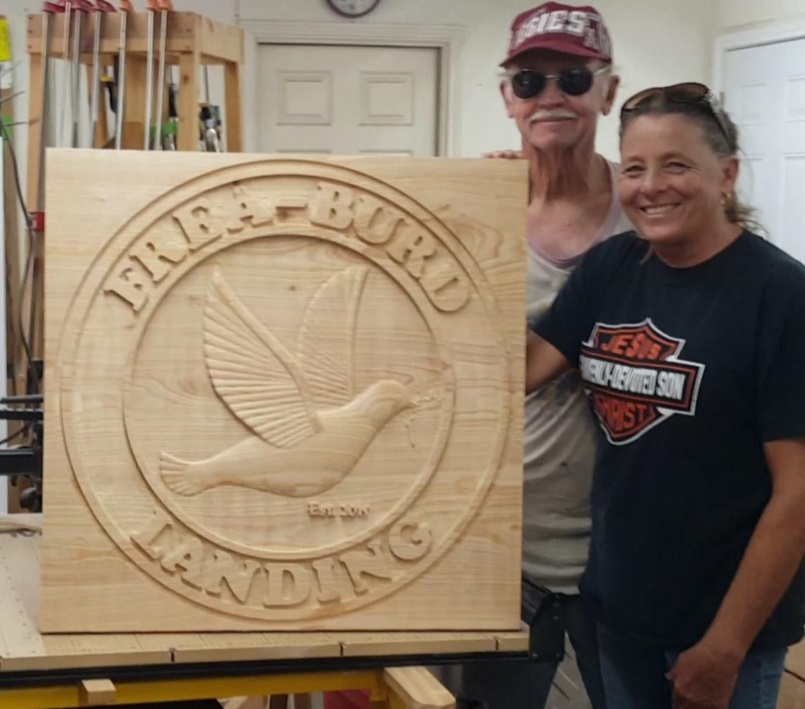 I’d like to see $250 for that in my neck of the woods. Do you know them well? Was this a straight up business deal or was this more of a “favor”? In my opinion, those factors matter.

I like to get $250 for my larger lake bathymetry carvings in oak and finished. They take about 7-9 hours of carving time and a good bit of finishing time as well.

Tough call on that, Paul. They’re family, but it is supposed to be a straight-up business deal. It has been a long time in coming. He approached me about it before I had the X-Carve, and I said I could try, meaning with standard shop tools. Then I got the machine and told him it was on, I could do it. But first came learning to use Aspire, and learning to use the X-Carve. It’s been almost two years since we agreed, and no figure was set, just that I would be compensated according to what I thought it was worth. I don’t want to overcharge, but I want a fair price for all that went into it.

When I first started learning I charged friends and family cost of materials…and agreement they would pass my name around to anyone that asked about it. When first starting out you can’t charge a customer for your time “learning” how to use your cnc. For me, getting my learning material paid for was more than enough…plus, because of any learning curves, little mistakes are not as big of a show stopper. They were all happy they got a nice piece (even with errors) and I always learned a lot from each piece. Especially in relation to feeds and speeds…which makes a big difference. my 2 cents…

My Gut says $200-$250… $300 may be high since they have to do some work to it.
Did it really take 3 days to cut? 72hrs seems way too long. I know it took me a few projects to learn tricks to optimize tool paths etc… Also took me a while to shorten my time at computer designing.
The way I see it. With every project I attempt something new and learn alot. So as long as you are not technically loosing $ to make the thing. Or even just profiting $10-$20 to start paying back your tooling and equipment cost.
The more you do the easier it will be.
Also material cost seem high. I would say in future just use cheap already glued pine panel from big box store.
Unless customer understands ahead of time they will be paying the extra $ for premium materials. 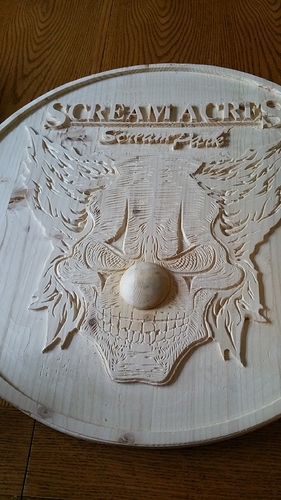 This is about 24in dia. Took FOREVER to design and at least 5 hrs to cut. But material cost me about $35 and got $125 for it. But I always give preview and price quote before I cut materials.

Thanks for everyone’s input. I now have a lot better idea what to charge than I had originally. Regarding the material used, this is for exterior display, and glued pine panel is not the choice for that. Cedar is too soft and redwood too scarce in my area, so I chose cypress, which turned out to be a good choice for hardness. As to why it took so long, I’m sure the toolpaths could have been optimized, if only I knew how to do that. At one point I was watching the spindle move to an area, do a little wobble, move to another area, do a little wobble, move to another area, do a little wobble, etc. I’m talking about a cut that was possibly 1/16" long, or in diameter (couldn’t tell if it was wobbling straight or circular). This was like in corners of the letters, and it would go around to every little spot like that. Why, I don’t know. What was wrong with doing that little wobble when it was cutting the letter’s shape? This accounted for more than an hour on each pass, and with a pass depth of 0.084" there were 8 passes. I also saw a number of strange decisions it had made about the order of cuts. It could have saved a lot of movement back and forth if it had stayed in one spot until it was done instead of moving away and coming back later.

Yeah I have seen the same issue with inefficient paths.
There is a way to maually select the order of vectors to be cut.
Also a way to use larger clearing tool for roughing large areas then cleaning up detail with smaller tool. But I have found sometimes that clean up with smaller tool is strange paths. So sometimes I figure out where the larger roughing tool has missed and draw sections. over those areas and create a seperate tool path with the smaller tool just in those new area I have drawn. If that makes any sense.
Takes a bit more design time. But can I have found it saves hours. Anyway. You will get there. The peice looks great so keep it up. Good luck

Family price blows all variables out of the water. For my jobs, my time is the most costly and any one-offs requiring real design time are priced accordingly. It just isn’t worth it to me to make minimum wage on an art piece.

Again. F&F rate is a whole other matter.

Here is the guidelines I follow for pricing. It make’s things easier for me.

I gotta get me a nickname like Pastor Of Muppets. How about:
Ill 'em, Y’all
…and Justice for Y’all
Meth Dagnetic
Lide the Rightning (recorded in China?)

Uh, nevermind. Thanks for your input, guys.

I am getting chinese food right now and I almost sprayed the table with soda when I saw the last one.

Paul, you spoke of your lake bathymetry carvings. Is this you?

A custom serving tray is a beautiful & useful piece starring your favorite lake or coastal area. Learn how you can customize your own map-themed tray.

Nope. That’s not me. With a few exceptions, I’m only doing Lake Superior on live-edge oak and birch. 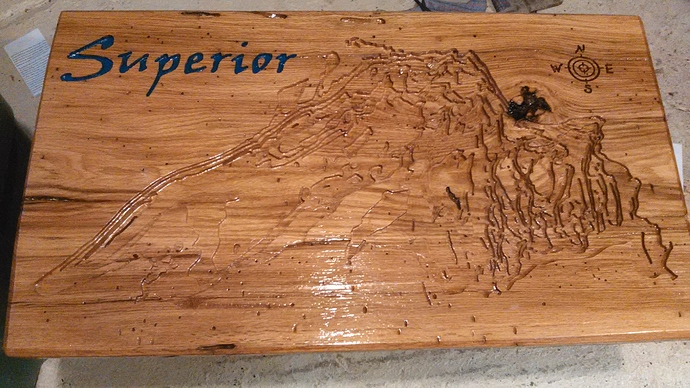 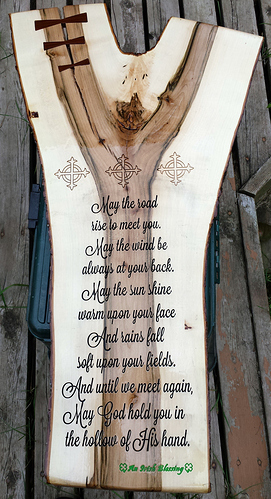 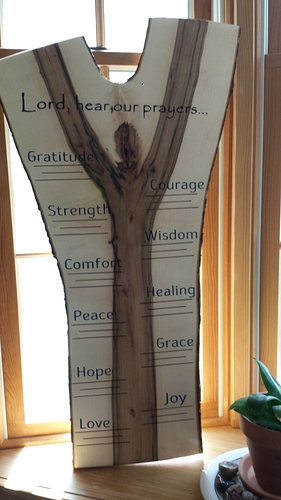