Help with Converting a photo of a part to vector

Does anyone here have any tips on taking a photo of a part and turning it into a vector so that I can cut a replacement?

Here is the piece I am looking to re-create, I am hoping to avoid trying to re-draw it as a vector but so far my attempts to use vector tracing tools has been less than impressive. Typically it ends up with lots of very rough edges and non-straight lines.

Here are a few of the images and things I have been trying. The design is symetrical, so getting a good 1/4 done would allow it to be mirrored over a few times to fill in the rest. 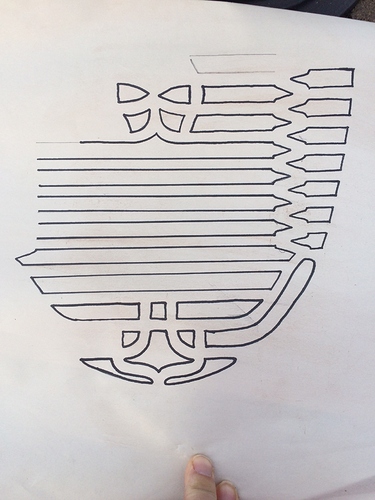 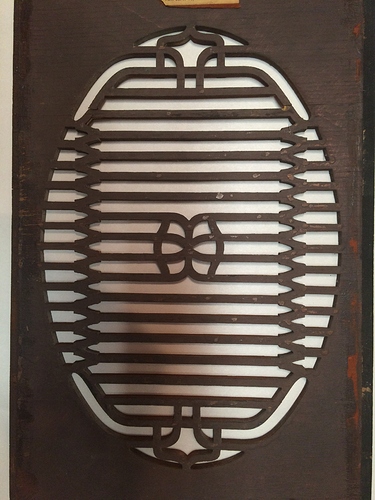 Symmetrical — you just need to draw a quarter of it.

as will said, you were going about it the wrong way. The lines are all exactly the same thickness, so its easier drawing the lines instead of drawing the cutouts.

Another approach to this, depending on how big the item is, would be to drop it on a scanner and scan it to scale into whatever program you are working with to generate the vectors.

Wow - I was not expecting someone to just hand me the finished design. Thanks for doing that.

I do have a question on what you and @WillAdams are suggesting. Are you using Illustrator to do this? I was attempting to use things like the vector tracing in VCarve Pro and Inkscape. I gather here that you are just drawing it using vectors (which I was attempting on my own last night after I put out this topic, it could be my lack of skill with drawing in vectors but I was having a hard time).

Im not sure how, but I would love to have sat over your shoulder while you did this since I think I was defiantly going about it the wrong way.

I’ve got a little bit about vector drawing on the Shapeoko wiki:

Also see the old instructions: http://shapeoko.github.io/Docs/firstjob.html (that was mostly done by Edward Ford, the guy who designed the Shapeoko which the X-Carve is based on)

and there’s a game to help learn Bezier curve drawing: http://bezier.method.ac/# (though it necessarily distorts good drawing practices to make things challenging) and be sure to see the primer: http://pomax.github.io/bezierinfo/

Thanks @WillAdams I will take a look through this info!

no problem mate, just pay it forward whenever you can.

It took me 15 minutes tops, but I know my way around Illustrator. When I was in college, I drew this bad boy: 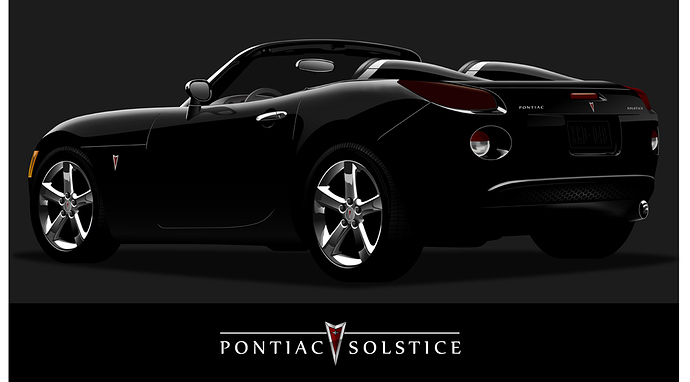 hey post some pics when you have a result will you?

For that image, you could import it into inkscape (free), and select “Trace Bitmap” from the Path menu. That should give you pretty good results. You may need to tidy it up a little after that, but it shouldn’t take much.

That was the process I was attempting. The downside ended up being that none of the lines were straight, this would have caused very inefficient tool paths, etc. As I have dug into this more with the help above I can see how in this case with a relatively simple repeating pattern it is easier to draw it with vectors in Inkscape.

Here is how it looks after it was cut. I cut it in 1/2" oak plywood to match the application.

I ended up using an 1/8" bit because that is what I had with a long enough cutting area. If I was going to do it again I would find a 1/16" to preserve some more of the detail and have a bit sharper corners. Overall though I think it looks good for a reproduction of a part from 1917. 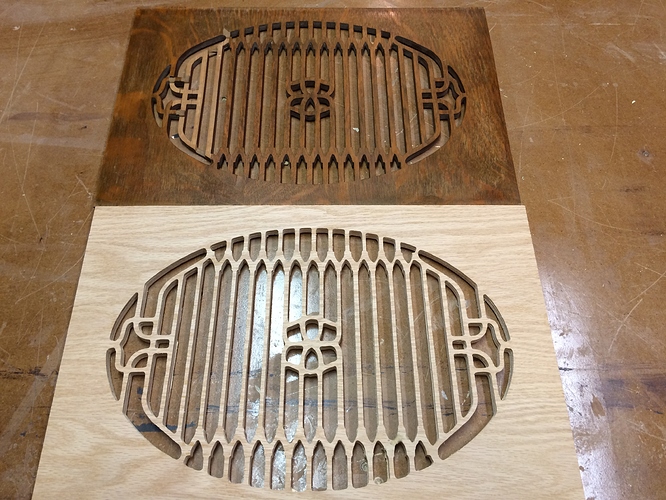 I gave it to my friend who is refurbishing this 1917 Brunswick Record Player. He will be finishing it over the coming weeks. If I can, I will get a finished picture.

Thanks again for your help!

Did you cut that in 1 Z-pass? It seems like your bit drifted here and there. Especially in the bottom part

Good eye, yes there was a bit of an issue in the bottom right (which ended up being the final portion of the design being cut). The bit slipped down in the collect a bit, causing some extra force that I suspect lost me a few steps. It did slightly distort the shape, but still it is much more uniform than the original hand made piece from almost 100 years ago.

Nice of xfredericox to vectorize that for you. That turned out good. Am I wrong or is the wood grain running a different direction from original, or does that matter?

You are right, the grain runs the other direction in the original. Doing it in this orientation was the best use of material, no other reason.