While assembling I spent a really frustrating half day with the electronics step, and at the end of the day used up all the crimps and found they didn’t just “click into place” in the black strip like the guy in the video alleges. He seems to have very tiny fingers or else his crimps are 4 x bigger than mine, I literally got through the whole set that came with the X-carve and barely got them on. However, I did my best, but on the set up your machine with easel stage, the first limit switch didn’t do anything, so I had to abort the test. I then tossed the black plastic connector and stuck the wires directly onto the pins, which looked a bit dodgy, just to see if it worked. The z limit still didn’t do anything, then suddenly it raced off to the x, and just kept pushing the carriage against the side rails until I pulled the plug. The start/stop spindle worked both with the black female connector and without, so I don’t think my soldering was the problem. Anyway, in the end I just chose manual homing for Easel.

What I’ve read in other posts says they are not limit switches, just for homing, plus it seems like many people just smash them up anyway, so I wonder if there is any point trying to sort them out at all?

Here’s a picture of my attempts at crimping, and how I’ve got the spindle connections now. Should I just carry on or is it worth trying to get the switches working. I’m not planning on doing any super fine work, at least for the moment. 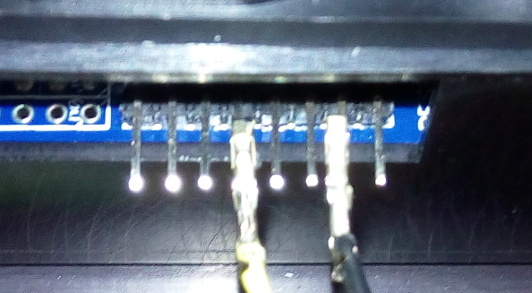 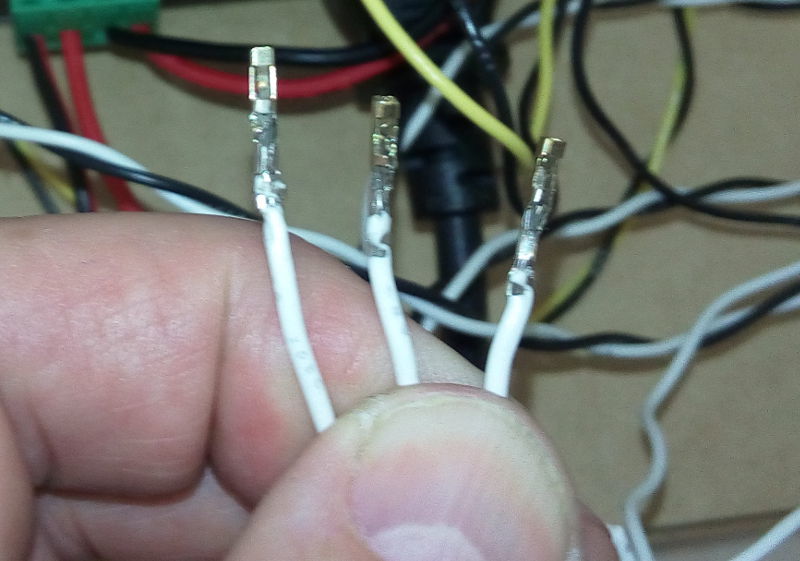 I have performed around 30 carves on my machine so far, my homing/limit switches have not ever worked and I have not taken the time to figure out why exactly. Even though they do not currently function, I have not missed them at all. My machine has not given me any issues with over traveling, but my largest project has only been 12"x15" so far. Honestly, from what I have experienced thus far, I am not too concerned about them. When/if my machine starts to give me troubles due to not homing, then I will worry more about what is going on, but for now what is not broke, I’m not going to fix. Lol

It all depends on how you want to use your machine. As Michael stated they are not necessary. They can provide convenience and some protection for your machine with grbl set up appropriately.

Only you can decide if it’s worth it.

There’s plenty of help available on the forum if you want to get them working.

ound 30 carves on my machine so far, my homing/limit switches have not ever worked and I have not taken the time to figure out why exactly. Even though they do not currently function, I have not missed them at all. My mac

For a counter-point, I haven’t done many cuts on my machine at all, and I’ve crushed a few limit switches, but I wouldn’t be without them.
I do agree that they aren’t really limit switches, on the stuff I was helping to build in the 80s, they would have just been called home or position switches. Limit switches are the last line of safety before the coffee-can sized stepper motors twist the 3/4 inch stainless screw drive to the point that it snaps into 3 pieces, with an earth-shattering kaboom.
As such, limit switches should really be a mechanical switch that turns off the power to the steppers.

For a counter-point, I haven’t done many cuts on my machine at all, and I’ve crushed a few limit switches, but I wouldn’t be without them.

Save your switches ---- turn on soft limits.

Heh. That would have helped, except that I was in machine inspector, messing around.
Neither set of limits works in that case…

That would have helped, except that I was in machine inspector, messing around.Neither set of limits works in that case…

Not true. Soft limits is a grbl function. If you home your machine then soft limits (and hard limits) work regardless of what Easel might do (other than turning soft limits off in Machine Inspector.).

Thanks for the comments, I will do without for the moment and investigate soft limits later, once I get some experience and projects under my belt.