How do I recover from this failed carve

Alright, so I have been working on a carve for a while. I thought I double and triple checked everything before starting, but somehow it still failed. The hole size was too small for the pegs, so I changed to a different bit and tried to rerun the path. FAIL. I know mistakes were made, and I am not looking to discuss what I did wrong just yet. Instead, I am looking for ideas at how I can save or recover from this failed drilling operation.

Do I fill the holes, and attempt to recut the holes?

Or do I cut out around the dish and try inlay it into another piece of walnut, cherry, or some other species of wood?

What other ideas do you guys have? 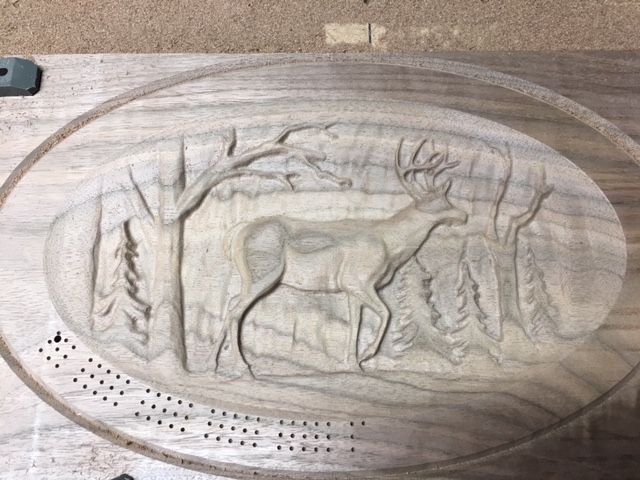 Yeah I noticed the bottom was a little too close to the dish. The 3D preview in the project file shows the holes to be spaced perfectly all the way around. Something went wrong when I started that path from the get go. I think the larger hole is actually the correct offset from the dish.

Yeah it was only like 3hrs. Honestly, Its more that I don’t want to waste the material. This project is just for fun, so time isn’t really an issue.

oh yeah it would be good practice on saving the work

in that case I would inlay that piece of material

Or do I cut out around the dish and try inlay it into another piece of walnut, cherry, or some other species of wood?

Looks like you already have a great idea right here.