How to draw rather than cut?

I would like to use my X-Carve to draw shapes (for later hand cutting) onto a flat sheet. I use Fusion360 and have sketched all the shapes I want onto an 2mm extruded surface. I now want to create tool paths to draw the shapes using a pen attached to the X-Carve spindle.
I don’t want any depth of cut so I’ve not cut the shapes into the surface in F360 - I just want to draw the shapes of the sketches which I will then cut out by hand later.
Is there a way to do this?

I’ve got the pen mounted on the X-Carve so I just need someway of creating a toolpath.

Is there a way to do this?

Yes, use a pen holder with some spring action so it will conform to slight height variations (if any)
In F360 play with tool offset values to get it trace the path vs just up against it. 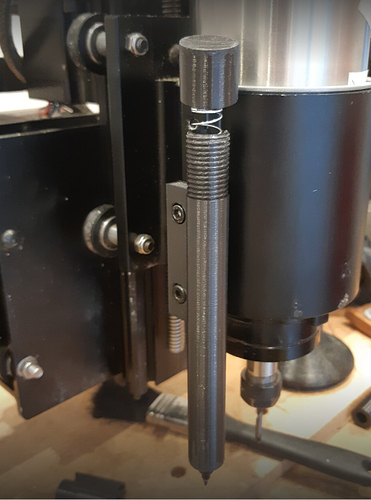 Use Easel to create you tool path, save it from Fusion and import it into Easel

This will work great. Here is another example: https://youtu.be/yHyjBshlvfw

I just need someway of creating a toolpath.

Fusion 360 can generate the toolpaths. Use a trace.

Sorry you had us confused.
Tool path creation for pen use is only different with respect to depth (very little).
How did you create tool paths for carving with the X Carve?

As suggested above, I used Fusion360 and Trace which has worked out really well. I did my first drawing today - the only problem I had was that I tested on cartridge paper with a fine point marker pen and the paper soaked the ink up too quickly and caused blobs when it stopped. This won’t be a problem when I draw directly on aluminium and if I want to print on paper I’ll use a different type of pen. I also ran the x-carve too fast so some of the circles aren’t as good as they could be.
This is my initial version of the centre section of an aircraft instrument panel. 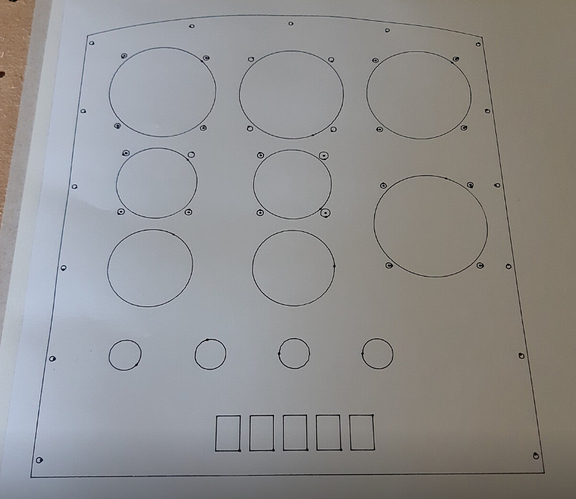 Glad that worked for you.
Out of curiosity, why not let the machine cut the aluminum panel?

I’d love to let the X-Carve cut the final product but I really struggle cutting aluminium. I’ve tried many times and very occasionally I get close to success but it always ends in disaster.

Is the file for this 3D print something you would share?
Thank you, Mike R.

Happy to share the file. It’s drawn in Fusion360 so happy to let you have whatever file type you would like. Let me know and I’ll upload.

I would appreciate being able to 3D print that pen holder. My Slic3r software works with AMF or OBJ or STL files. Would you share that here or would you want an email address? Thank you so much!! Mike R.

I know you want to print your own, but Phil sells a 3D printed kit. Perhaps email him and see if he will share or sell the STL.

I’m confused. What file was ClintonKilner saying he would be happy to share?

I was planning to share my own designed STL file so that it could be printed. I designed it in Fusion360 and printed it on my 3D Printer. 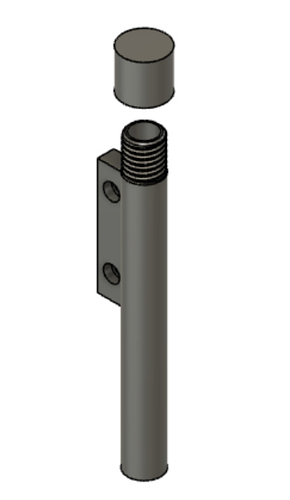 Yes, that’s what I thought. How could I get that file Clinton? Also, I obviously don’t have software to be able to design things like that yet. It has been confusing for me trying to decide between choices ranging from way too expensive to way too simple (lacking capabilities to do more complex items). What do you use or recommend?
Thank you, Mike R.

What do you use or recommend?

I designed it in Fusion360